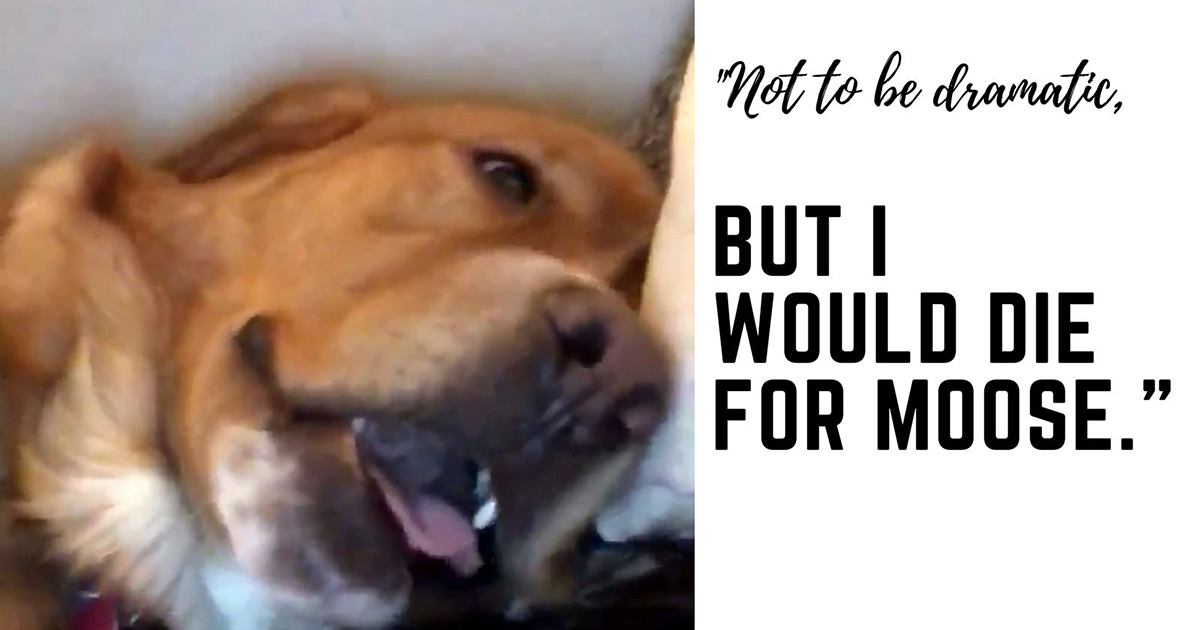 Ever been so asleep you jolted yourself awake? This dog has. In a video by Twitter user Lex, Moose the dog is shown snuggled up to his human’s shoulder, snoring contentedly until the snores become so loud, they yank him out of his sleep. Moose has a brief look of “Where am I?!” before resigning himself to be awake. It’s kind of the cutest thing ever.

His own snoring woke him up and I cannot stop laughing pic.twitter.com/wBV4rELESw

My kind of puppy

not to be dramatic but i would die for Moose 😭

Many users saw it as an opportunity to call out their own snoring pets and partners.

Mine does the same pic.twitter.com/sjgiAKAuQr

This is you Hun @MitchleeBurt

Wonder if alfredo’s snore could wake up moose. Lmk. pic.twitter.com/qVQilRrmVl

😭 why you gotta do me like that on here😩😹

But Lex knew what the internet really wanted: more Moose!

How he has to dress now since he has millions of views pic.twitter.com/JZLyZWbg71

We hope the pooch is enjoying his newfound virality, and that Lex lets him hit the snooze button every once in a while.