If you’ve ever had a pet fish, chances are you’ve also attended a toilet bowl funeral. It seems that these smaller, non-furry pets always meet unintended and tragic ends… Perhaps we shouldn’t discuss this any further, lest we bring back any suppressed childhood memory.

However, the Internet recently unearthed a tragic gem in the form of a pet fish video. 18-year-old Brooke Essick from Kernersville, North Carolina, and her friend Macy Carmichael were attempting to care for their shared fish, Dane, when disaster struck.

What began as a routine water change turned into a tragic (but a little bit hilarious) tale. Luckily, Carmichael caught the whole thing on video.

After Dane is plopped back into his bowl after a change of water, he seems to drop dead. Cut to a brief funeral and a plunge in the toilet… And then, just as he’s being flushed away, he shows signs of life and begins to swim again.

The amused people of Twitter wasted no time in pointing out that Dane was very sneaky in escaping his captors — this move is straight out of Finding Nemo.

However, not everyone was amused by Dane’s fate. Some people are calling the video an example of animal cruelty.

@macy_carmichael animal cruelty at its finest ?

@macy_carmichael this is horrible, i can´t believe you think this is funny

@macy_carmichael I’ve had the same Betta fish for 4 damn years. Read about what ur next pet needs (whatever it is) B4 u buy the next victim.

Someone even decided to explain a little about beta fish so there would be no confusion in the future.

@macy_carmichael hi, I saw your video and I have a few tips for you on Betta-keeping. pic.twitter.com/wWg8e8DaBU

As it turns out, they can be highly sensitive to the pH balance and ammonia levels in water, so Dane’s ‘lifeless’ state was likely shock from being placed in new water.

Amidst the criticism of her fish parenting skills, Essick took to Twitter to set the record straight about her love for animals.

I don’t think y’all understand that I’m probably the biggest animal lover ever? In no way did I mean to kill the fish

She also has a message to Dane, wherever he is now. She told BuzzFeed that she wants her fallen fish to know that she tried her best and that he will be missed.

“Dane, he lived a long, happy life and we love and miss him,” she said.

So long, Dane. We hope you found Dory.

To all fish owners: double check before you flush. (h/t buzzfeed) 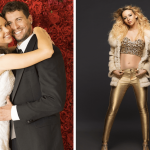 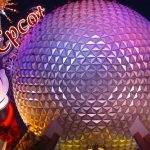