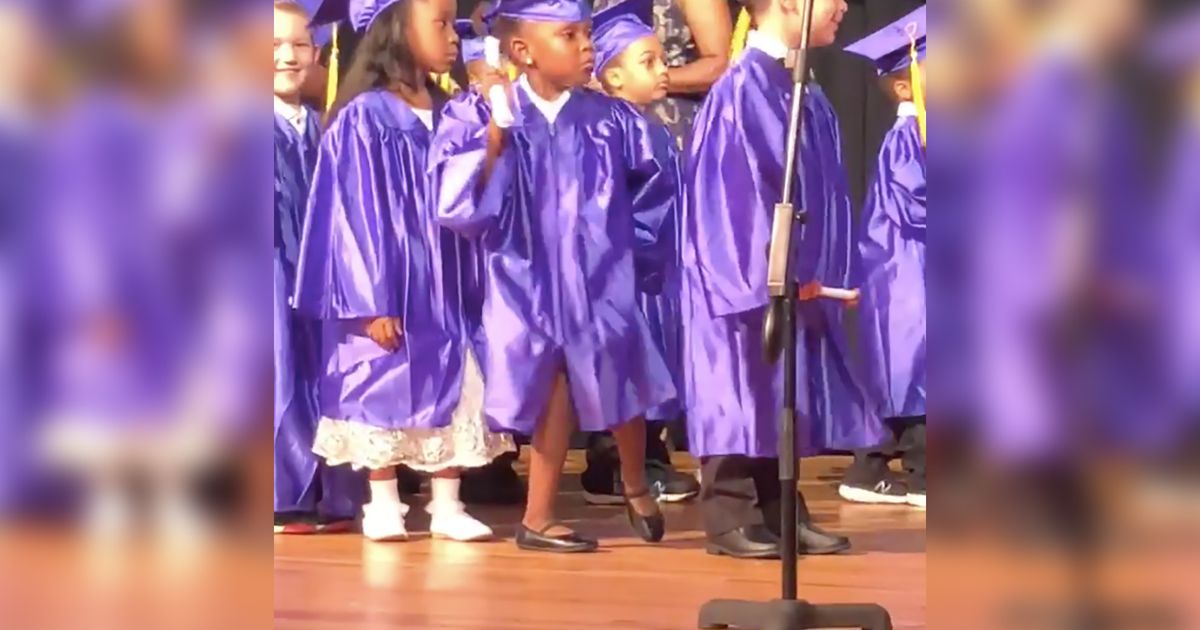 If all grads were half as cute as 5-year-old Aubrey Toby, graduation ceremonies would be 1,000 percent more bearable.

Dressed in a purple cap and gown, the North Carolina pre-k grad danced her way across the ceremony stage with the sweetest confidence.

A clip shared to Instagram by her godfather Merle Murrain II shows Aubrey dancing to Justin Timberlake’s “Can’t Stop The Feeling” for all to enjoy. While making her exit, she hit everyone with a twirl so adorable that it elicited a few cheers from the audience.

“Her future is going to be amazing!,” Aubrey’s godfather captioned the video.

According to ABC 11, Aubrey graduated from Christian Prep Academy’s pre-k class. Her father told the station that he’s surprised by the attention the video’s received.


“Utter disbelief. I wasn’t prepared for it at all,” he said. “Like I said, I know my child. She loves the attention, she loves just playing and things like that. But when she started walking off and the spin happened—I was’t expecting that at all, I wasn’t ready for that. Um…yeah, it was crazy.”

If this what a pre-K commencement looks like for the Toby family, there’s no doubt they’re in for more exciting graduation moments in the future.