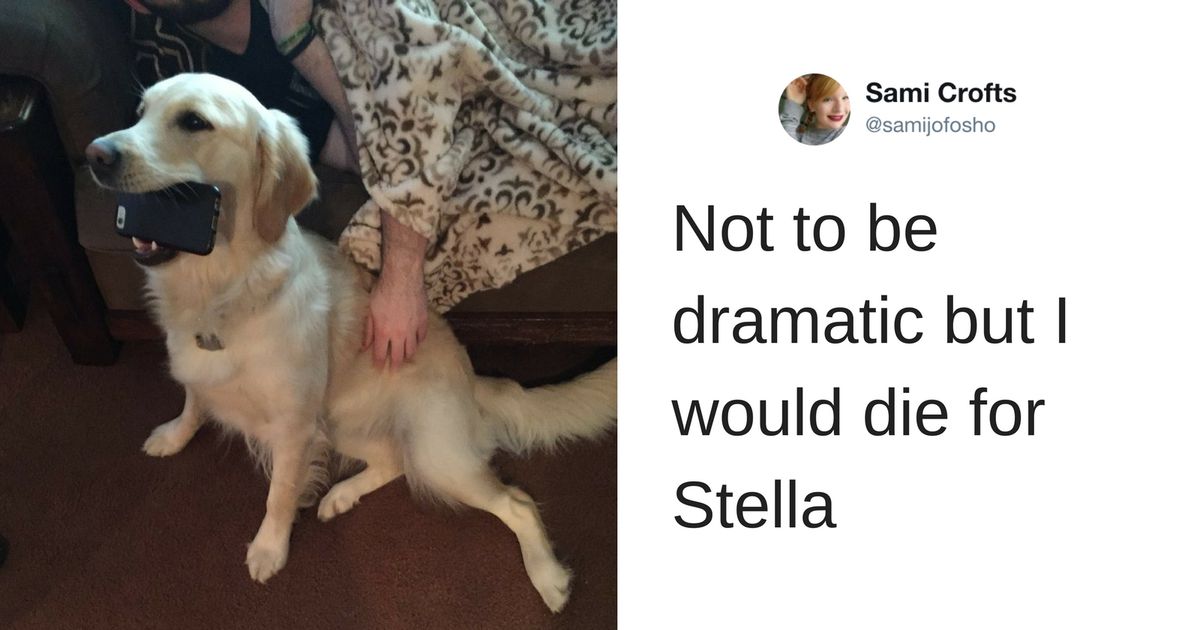 Some dogs will go to great lengths for a pet.

Anyone who has a dog knows the lengths they’ll go to for some attention. Some whine, some bark, some nudge against their owner’s hand until the tired human finally relents and give up their precious pets.

Travis Zander’s dog, however, has developed a unique habit:

My dog, Stella, is about a year and a half now and she has developed this habit where if she feels she isn’t getting enough attention, she’ll pick up anything in site to make you tend to her. A photo thread🐶;

Could this be true? Zander has the evidence to back it up.

And Stella didn’t stop with the remote control…

Not to be dramatic but I would die for Stella https://t.co/q3Jv3pgbJ2


People got the obvious jokes out of the way quickly.

Fuming this dog isn't actually holding a can of stella in any of the pictures. What an opportunity missed. https://t.co/mV8XdQItfa

It seems Stella will go to any lengths for attention!

I just imagined her tryna joust you with this. pic.twitter.com/fyHjnYyZKe

Some users thinks she’s done enough, to be perfectly honest.

In conclusion, according to everyone involved:

Stella is a Good Dog https://t.co/LwlgyCnEuJ