I was always pretty good at standardized testing. Now I wish I could say the same with school, but with minimal studying for the SATs, I actually got a pretty damn good score. I even had a part-time gig for awhile tutoring kids all of the methodologies and tricks the College Board uses to trip test-takers up the first time.

If you’re relatively intelligent and can learn all the ins and outs of the test, getting a high score isn’t too difficult. But even with all of this knowledge, these long-ass tests are more endurance challenges than real tests of your intelligence. After a while, you start to get sloppy and make mistakes.

But this 16-year-old did what few people could and kept his head in the game.

Darius Washington managed to get a perfect score, and this was after thinking he didn’t score so well on the exam.

Perfect scores on the ACT are extremely rare, so he was floored when he saw that he attained a 36/36 on the exam. His mother and aunt shared the news online and Darius celebrated with friends and classmates after getting the grade.

He had taken the test a few times before and advises fellow students to not stress as that leads to burning out before the exam. 
“Manage your time wisely because if you run out of time that directly affects your score. If you don’t get to questions, then you can’t answer them,” were other words of advice Washington imparted.

He’s planning on going to the University of Louisiana at Monroe as a computer science major and then stay near home or go to the nearest large city, like Dallas. But his perfect ACT score isn’t going to be the only thing that’ll likely land him a fat college scholarship: Washington’s graduating high school early, is a National Merit Scholar Finalist, attends all honors classes, is a National Honor Society member, and National Quiz Bowl competitor.

His favorite thing to do to unwind? Netflix.

So at least I have that in common with him. 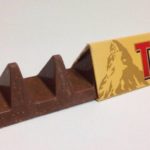 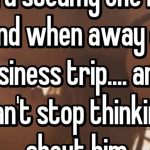