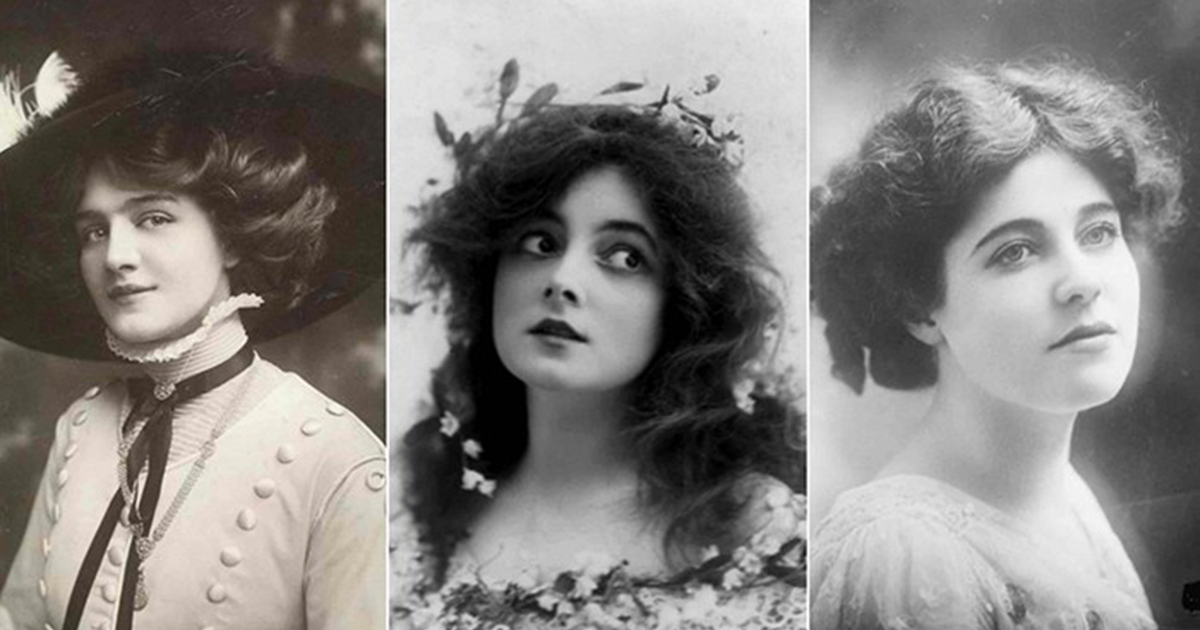 Beauty standards are constantly changing. The most beautiful people in the present-day United States, for example, might not have been able to get a modeling contract if they were to be transported to, say, ancient Greece!

The Edwardian period, which lasted about as long as the reign of King Edward VII of Britain at the turn of the 20th century, may seem like a long time ago. Still, while trends change, the women who were considered the most beautiful back then are still stunning today!

If you’re skeptical, look no further than these eight incredibly beautiful Edwardian women. Not only were they attractive, but they were amazing in several other ways too!

The Edwardian era, which describes the reign of King Edward VII between 1901 and 1910, may have been short-lived, but it was a highly influential time in English history and culture. Much like Edward himself, who was known for his love of revelry, luxury, and mistresses, the Edwardian period is remembered for an emergence of modern popular entertainment.

Unfortunately, the Edwardian period didn’t favor women, who were actively prevented from voting. Despite the politics of the time, though, there were still some amazing, beautiful women who made an impact during this brief period. Here are eight whom the Edwardians believed were among the most beautiful in the world!


1. Florence Evilyn Nesbit: Born in 1884, this actress, chorus girl, and artists’ model from a small town in the Pittsburgh area was also famously linked to an infamous murder trial. Florence’s husband killed an architect who sexually assaulted her when she was 14. “I did it because he ruined my wife,” he said.

2. Aida Overton Walker: Also known as the “Queen of the Cakewalk,” (referring to one of the American South’s late-19th century “prize walks”), this entertainer, choreographer, and singer was perhaps best known for a dance called “Salome,” performed in 1912.

3. Ethel Clayton: Born in 1882, this silent film star’s best known movie may have been 1909’s Justified. Unfortunately, as with many other stars of the era, her career took a downturn with the advent of “talkies.” Nonetheless, she continued taking smaller roles until her 1948 retirement.