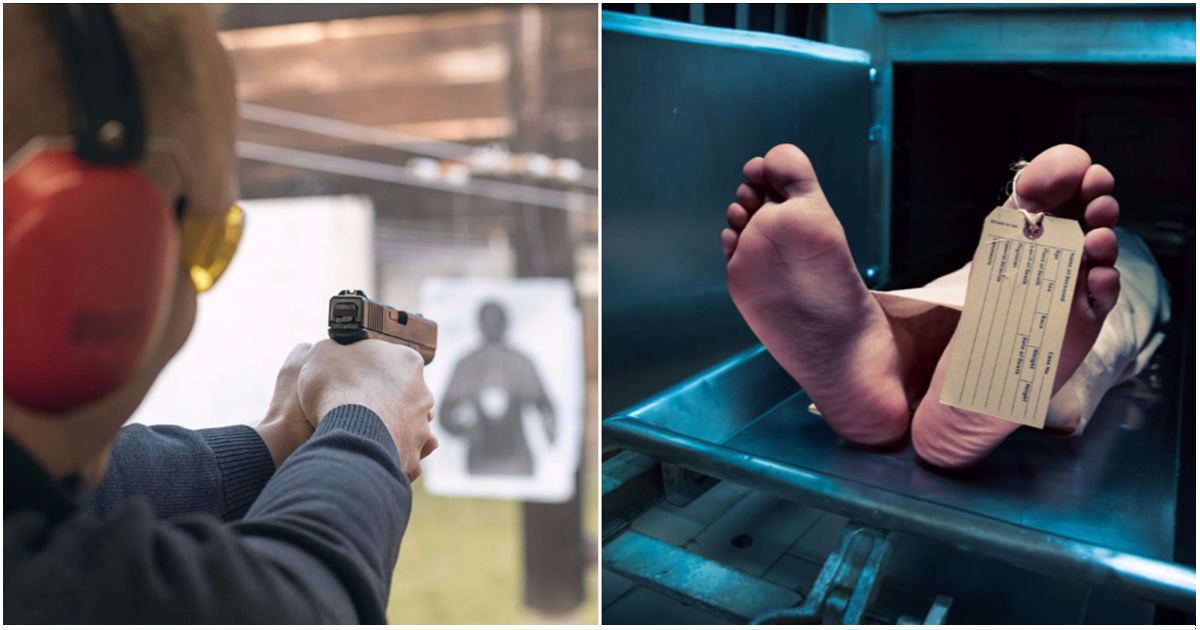 We all die. It’s one of those given facts of life. For many of us, though, the thought of our corpse rotting in the ground for eternity is both unsettling and wasteful. So…we take up the noble cause of donating our body to science for research! Maybe they can use my body to develop a cure (or some other random inspirational but unlikely outcome)…but probably not. More likely, your body will end up as part of some generally messed up or freaky ass experiment that tests the velocity at which a frozen turkey can be torpedoed through a swimming pool with a human arm attached to the back serving as a rudder. Well…probably not that. But these 5 kinda messed up experiments may give you pause.

A biology professor at the University of Utah did an experiment to test the effectiveness of different hand positions (clenched fist, loose fist, and open-palm slap) whilst delivering forceful punches. But, rather than using live subjects, he attached a severed arm (many severed arms, actually) to a pendulum and swung it into a pad that measured the velocity of the punch. Big damn surprise, the fist did the most damage.

I imagine it is a natural thing for military or police officers to discuss the efficiency and power of their service handguns. And I’m sure at some point, someone was tasked with choosing the best gun for the job. But how could you possibly make that choice with the wide range of manufacturers, calibers, magazine sizes, etc. Well, Louis LaGarde said (I’m paraphrasing): “How about we hang up a bunch of dead bodies and shoot the shit out of them?”

In 1899, Louis LaGarde and Colonel John T. Thompson hung a bunch of corpses from the ceiling and took turns shooting them with a variety of .38 and .45 caliber handguns. They chose their favorites based upon how much the gun made the bodies swing. It took over 20 years for someone to finally say “Yo…dudes…this is really effing messed up. Stop shooting the shit out of corpses for fun.”

I get it. Being a good plastic surgeon requires countless hours of practice. And I suppose the only way to get said practice is to use really bodies. But why do they have to cut off the heads? I mean, I guess the rest of the body could be put to good use in a variety of medical experiments (like punching shit or getting shot to hell for giggles). Which leaves your severed head getting a necro nose job. How lucky are you?

Dead bodies freaking blinking. Awesome. I’ll remember this moment when I’m at Great-Aunt Susie’s funeral. I’ll be the one hovering over the casket swearing up and down I saw her wink at me. Anyways, scientists are actually conducting these experiments to try to discover a way to make artificial eye muscles to help out people who have lost the ability to blink due to facial paralysis or muscle deterioration. Noble concept…still the shit nightmares are made out of.

1. Corpses Get Tossed Around For All Kinds of Tests

The best way to test how something is going to affect the human body…is to test it on the human body. I guess. For example, a crash test dummy can only tell researchers so much about the impact of a car crash. To get the REAL picture, you have to buckle some lifeless meatsack into a car seat and ram into a wall at full speed…right? Car manufacturers will deny it, but cadaver testing in the automobile industry is still a thing.

They also test the sharpness of knives on cadaver hands and use corpse legs to test which type of turf is most likely to cause injury.

I get it, really I do. We all want our bodies to serve some noble cause after we’re gone. Maybe you’ll end up being launched into space, or your skin will be used to create some kind of freakish new weather balloon. More than likely, though, your lifeless skin suit will end up smacking against walls or getting hacked up to punch and kick random shit…for science, of course.

The post These 5 Sorta Messed up Things Will Probably Happen to Your Body if You Donate It to Science appeared first on did you know?.