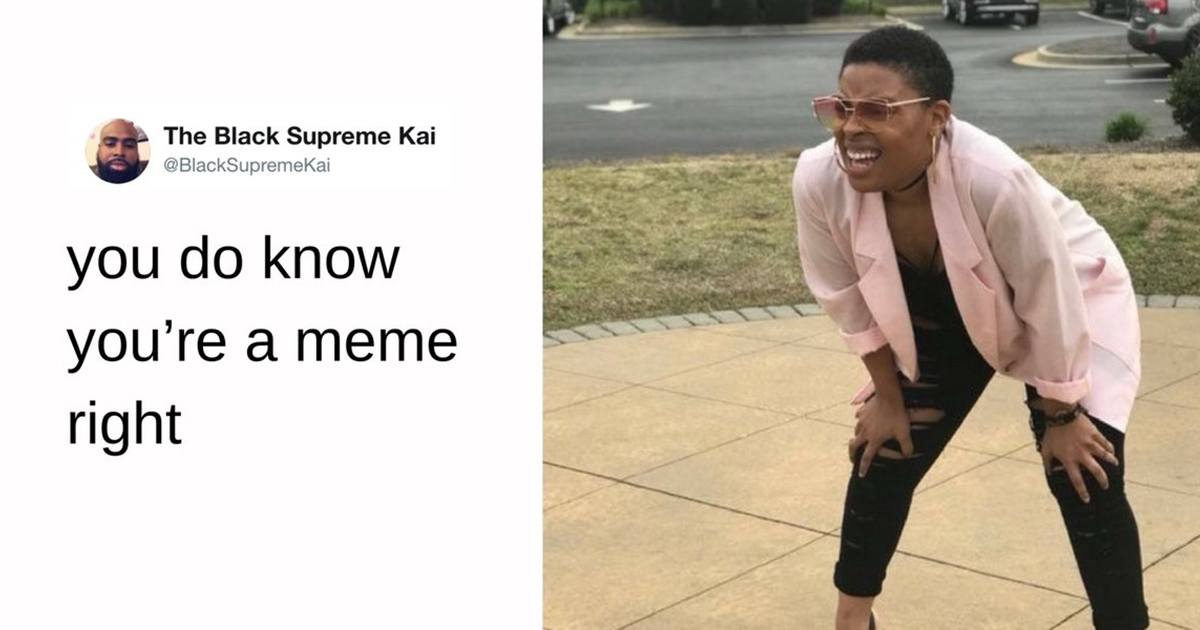 In the fast paced world of the internet, new memes are born and die on a daily basis. Some of them never get off the ground, others enjoy brief success before being forgotten a month later, and some endure the test of time and come to represent a universally experienced emotion for all people throughout the digital universe (here’s looking at you, socially awkward penguin).

Something very few people have a chance to experience, however, is what it’s like to BE a meme. What if you were the actual Overly Attached Girlfriend, or the Good Guy Greg of whom these now-ubiquitous photos were taken? Some may shy away from the strange internet fame they’ve stumbled into, but others embrace it, such as the subject of Twitter’s newest star: the Squat-and-Stare meme.

Me looking at the menu knowing damn well imma get the same thing i always get.. pic.twitter.com/nYGSYq4aPk

Me: That test was easy I definitely made an A
Test Grade: 42
Me: pic.twitter.com/Cz8nBqTpeI

The Squat-and-Squint woman has now become synonymous with intense skepticism:

The new meme is even making the rounds and meeting some of the old memes.


But who exactly is the woman featured in the meme? Where did she come from? What does she stand for?

Why do I keep seeing the image of this lady in different pics? Someone PLEASE enlighten me.

It actually didn’t take that long to figure out.

Here’s the original picture that birthed a meme!

When your knees are crying after you’ve squatted for the gram 😂😂😂 pic.twitter.com/vrkXszRkI2

Her admirers are numerous and devoted!

YES YES YES!!! Twitter I love yall! I been looking for this young lady for over a week! She has brought so much joy to my life! lol @Solo_Kalin

@Solo_Kalin Aaaaagh! Help me. I'm scrolling & scrolling to find the tweet where you explain the pic of you that everyone is using. What date should I be looking for?

Why fight a wave of adulation?

You’re so welcome !!! My goal is life to put as many smiles on as many faces as I can before I leave this earth. This has been a treat for my soul!

@Solo_Kalin is embracing the meme life while she can! When the time comes, we all should.

LMAO!! I do know this. I just don't know where all I've spread to now 😂😂 https://t.co/HYKYxNTuUw