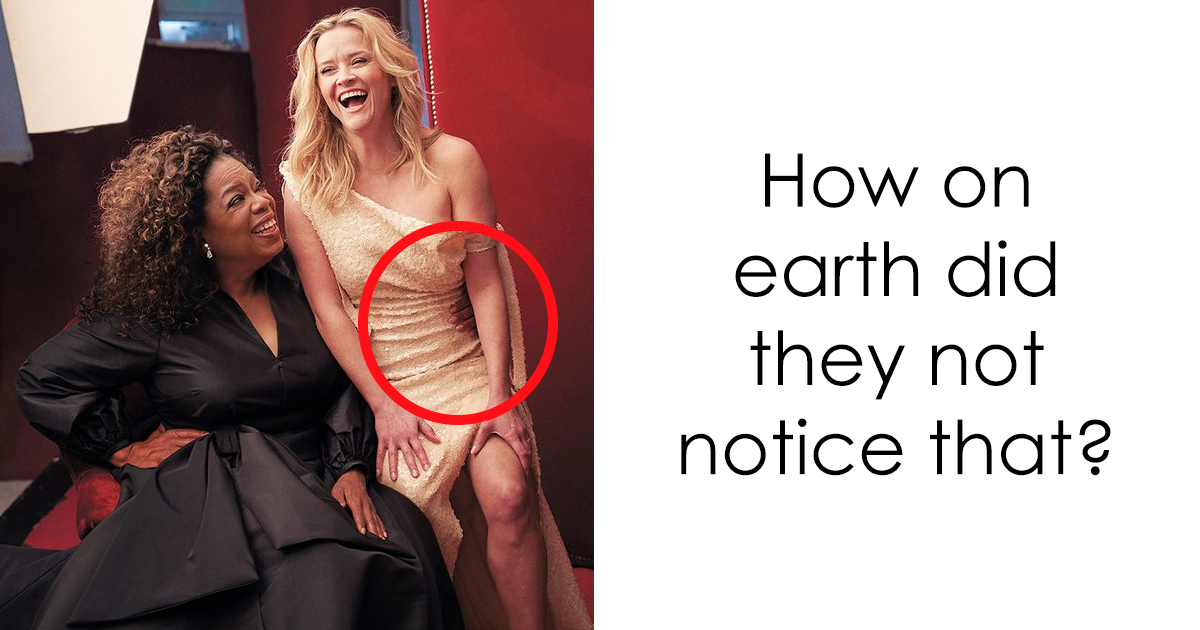 Just a couple months ago, in December 2017, after 25 years of leading Vanity Fair magazine, Graydon Carter has retired from being its editor-in-chief. After this year’s Hollywood issue, it seems yet another editor might be leaving their position too, but this time it’s the one responsible for editing pictures.

Alright, maybe the mistakes aren’t as harsh for the magazine to instantly sack someone, but they sure are funny. That is why the reactions to the star-studded cover photoshoot that oozes with glamour and chic weren’t just awe-inspired ooh’s and ahh’s – it got quite a few giggles too.

Firstly, people noticed that the “Big Little Lies” star Reese Witherspoon has three legs. Even the actress herself was amused by this suggestion and addressed it on Twitter. And while the magazine had an explanation for this mistake, another detail, in one of the behind-the-scenes shots, has actually slipped their watchful eye. The photo editors gave Oprah an extra hand!

“[…] how can we expect her to juggle it all with just two hands?” jokingly questioned Vanity Fair, while reassuring everyone that even though they can’t do much about the photos that are already in print, they are fixing the mistake in the online version of it.

All in all, this story proves that even the best of us can make mistakes sometimes, and even then it’s not a good reason for sulking. Just laugh with everyone and carry on!

Scroll down to see the confusing pictures and Twitter’s reactions to them.

Glamorous as it is, people quickly noticed that there is something very wrong with this image, can you spot it?

However it wasn’t the only mistake found in the photoshoot, can you see what’s wrong with this one?

Oprah also responded with a laugh

While Vanity Fair vainly tried to fix the situation