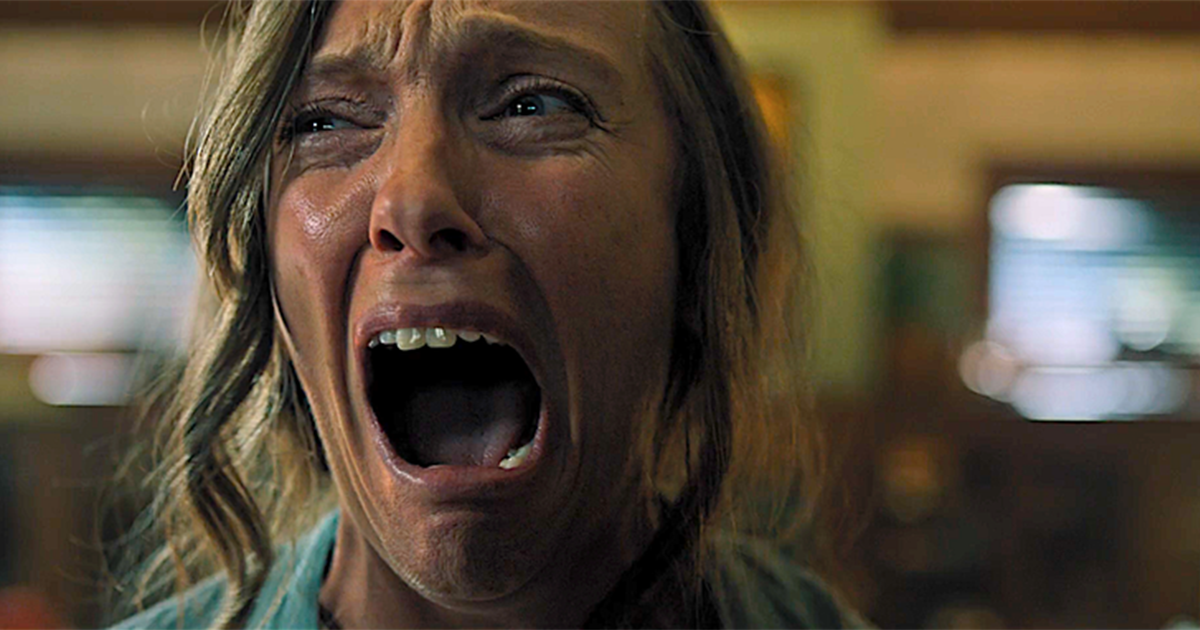 Yesterday we brought you news about how new horror movie ‘Hereditary’ was being hailed as a complete game changer for the genre after its premiere at Sundance had literally left people in tears because they were so terrified.

Unfortunately, the impact of the movie caught everyone by surprise and an official trailer hadn’t even been released yet, which probably only served to increase its notoriety. The folks at A24 – the guys who bought us The Witch and Split – haven’t wasted any time on jumping on the hype wagon though, releasing the trailer today so that we can see what all the fuss is about.

Take a look at it below, but be warned – it’s pretty jarring:


Yeah, not really sure what all that was about with all the weird miniature houses and that, but I guess it seems like there’s some kind of monster/evil/psychosis that is passed down through the family that is going to scare the crap out of everyone and try and murder them? Either way it looks terrifying and I want to see it, and apparently we only have to wait until June 8th until we can enjoy it. I know that’s a long time but it sounded like it was going to be longer yesterday when I first heard of it.