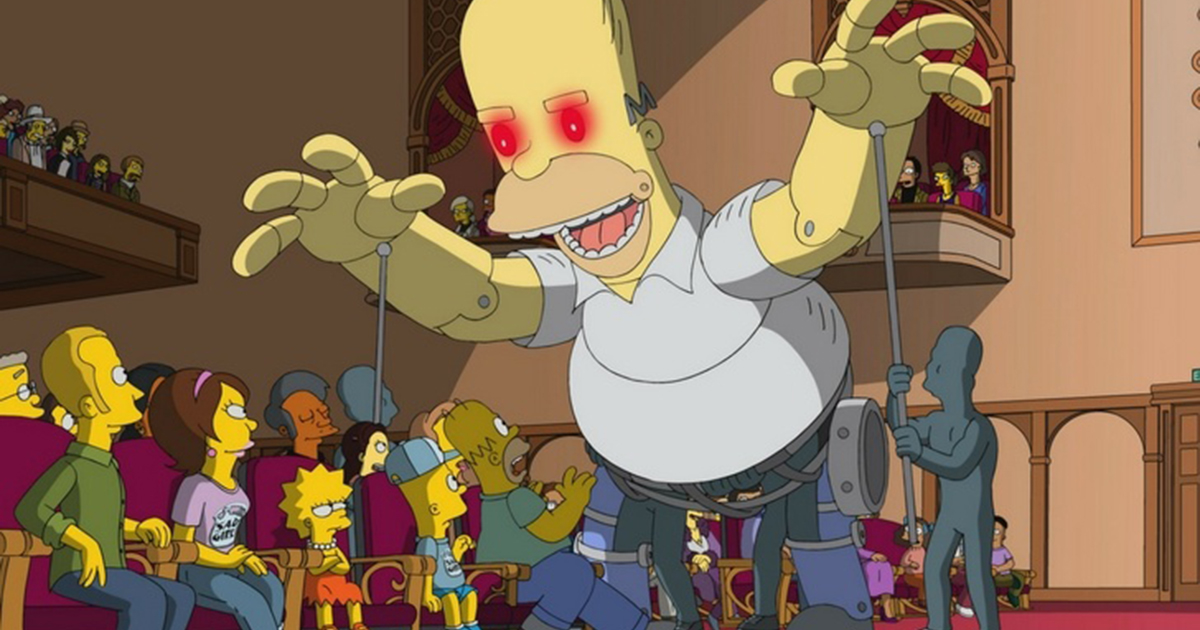 The U.S. men’s curling team pulled out all the stops to beat Sweden 10-7 for the gold on Saturday at the 2018 Winter Olympics, after previously facing elimination by losing to Norway.

Led by John Shuster and his four teammates Tyler George, Matt Hamilton, John Landsteiner and Joe Polo, it was the first American gold medal victory for the curling team. Or was it?

Fans of Fox’s long-running pop-cultural phenomenon, The Simpsons, would remember that Marge and Homer teamed with Agnes and Seymour Skinner to become the first Americans to win the gold medal for curling.

And yes, they also beat Sweden.

The episode that featured Marge and Homer’s curling victory was from the season 21 episode, “Boy Meets Curl.”

Rob LaZebnik, that episode’s writer, gave a cheeky shout out to the U.S. curling team.

Congrats to @USACurling2018 on their gold! Not the first time the US beat Sweden, though. Marge and Homer did it eight years ago.https://t.co/HLAHXDBhgh

The sitcom has a knack for being loosely prophetic with story lines that eerily manifest into actual news headlines years later.

In the 2000 episode “Bart to the Future,” Donald Trump was running for president, and later, Lisa Simpson becomes his successor as president and does damage control from the Oval Office. In “You Don’t Have to Like a Referee,” the 2014 episode foreshadowed the FIFA corruption.

Disney acquiring Fox was also depicted in an episode from almost 20 years ago.

The sitcom’s showrunner since the beginning, Al Jean, said that the future is easily forecast than you might think. He explained that the episodes are aired a year after going into production. “It’s just a sort of frame of mind that we’ve got that we think one year ahead.”

“I predict people will make too much of our great predictions,” he told the New York Times .

The show is comprised of writers with brilliant minds, many with ivy-league educated backgrounds. “When that many smart people produce a television show, it’s bound to make some startling ‘predictions,'” Jean said.

Chalk it up to coincidence but it’s still mind-boggling.

They're not even trying to predict things even. They've been on the air for so long they're just done pretty much every possible story line. Occasionally real life seems to closely match the show, but most of their plotlines haven't occurred IRL.

How do they keep doing this? Simpson’s are brilliant.

We want to be a part of Springfield.

The show has been on the air for almost 30 years. Story lines are bound to predict the future.

In fairness the show has been on for seven centuries. Eventually it will simply depict all possible happenings

When would this episode air?

Hey, was there an episode where Trump resigns? Asking for a friend….

The Simpsons are a National Treasure

Dammit Simpson’s let us just live our life and figure out the future on our own. Quit ruining everything. You’re like the guy at the movie that has already seen the movie.