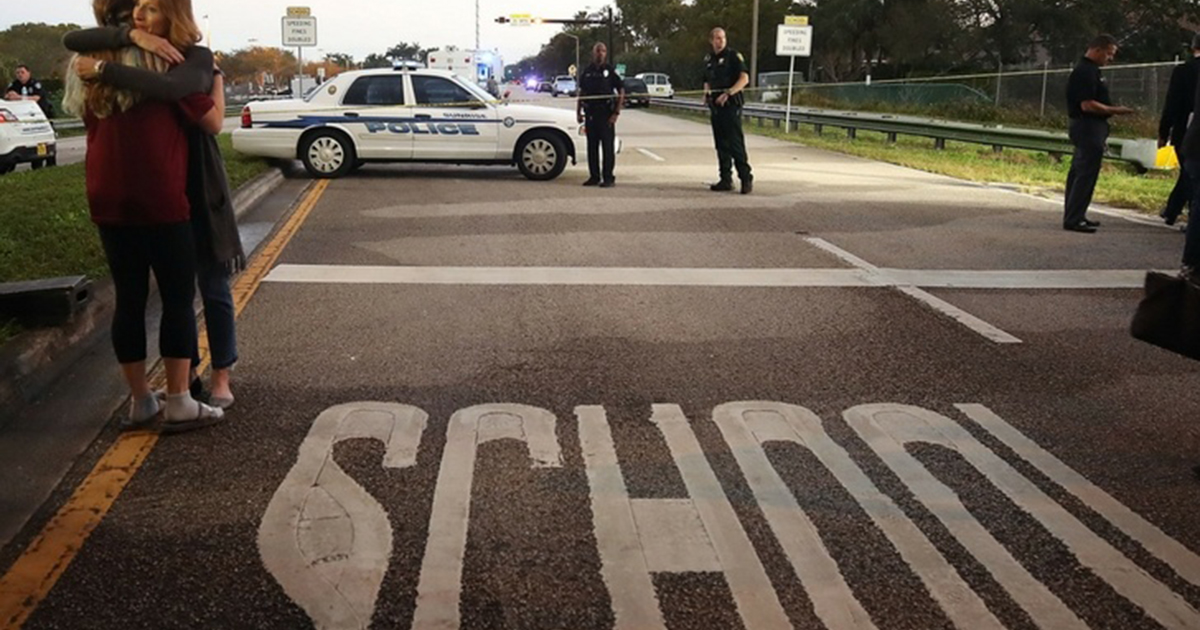 The Onion , mostly known for its lampoons and oftentimes humorous news fabrications, managed to transcend satire with the all-too profound title for an article covering the recent massacre at Marjory Stoneman Douglas High School in Parkland, Florida.

Their headline is used every time a mass shooting occurs in a country where gun violence is the norm.

“No Way To Prevent This,’ Says Only Nation Where This Regularly Happens,” is The Onion article that has now been used a fourth time, including their story on the Las Vegas mass shooting.

‘No Way To Prevent This,’ Says Only Nation Where This Regularly Happens https://t.co/AiYGBQLaGW pic.twitter.com/Zr0X8qcDqJ

According to Quartz Media , there have been 18 school shootings towards the end of February, 2018, including the Parkland school shooting on Valentine’s Day, in which a 19-year-old gunman killed at least 17 people and injured dozens of others.

The Onion ‘s redundant use of the article is a commentary on yet another example of gun violence normalization. The article said that “there was no way to prevent the massacre from taking place.”

At press time, residents of the only economically advanced nation in the world where roughly two mass shootings have occurred every month for the past eight years were referring to themselves and their situation as “helpless.”

Every Town Research claimed there have been roughly 300 school shootings since 2013, which averages about one incident a week. The frequency at which these shootings occur have become mind-numbing and yet continues to paralyze civilians in America.

The forged quotes from The Onion echoes the sentiment of Americans living within a system that is fumbling with a firm grip on gun control.

This was a terrible tragedy, but sometimes these things just happen and there’s nothing anyone can do to stop them.

It’s a shame, but what can we do? There really wasn’t anything that was going to keep this individual from snapping and killing a lot of people if that’s what they really wanted.

Twitter nailed their responses to the article head-on about our present reality.

Hope that's sarcastic, but just in the off chance it isn't. In Denmark we have freedom, we don't have kids being killed in schools, and the government oppression is non-existent or limited to forcing daycare to serve pork at lunch. Which is weird, but still hell of a lot better.

Other countries dont have nearly the gun violence we have. The availability of guns in this country IS the problem.

Nation offers traditional week of outrage before sweeping incident under the rug with the last dozen.


Unfortunately, this might not be the last time we see this headline from The Onion .

Amazing how many times The Onion has to post this.

The same headline was used in 2014 when the publication wrote the article reporting on the Isla Vista killings in Southern California.

It was seen again in 2015 with the Umpqua Community College mass shooting in Oregon.

Prior to Sutherland Springs, the headline was used to cover the Las Vegas shooting in October.

‘No Way To Prevent This,’ Says Only Nation Where This Regularly Happens https://t.co/LMg4mj6LFn pic.twitter.com/FZuB4iWFOi

Citizens living in the only country where this kind of mass killing routinely occurs reportedly concluded Monday that there was no way to prevent the massacre from taking place. https://t.co/lIJwdbMMqD pic.twitter.com/tHOm878OGh

The gunman from the recent school shooting in Florida was identified as Nikolas Cruz, who used a legally purchased AR-15 rifle that killed students and adults.

Authorities say the semi-automatic rifle was purchased by Cruz a year ago. He is charged with 17 counts of premeditated murder and could face the death penalty, according to AOL.