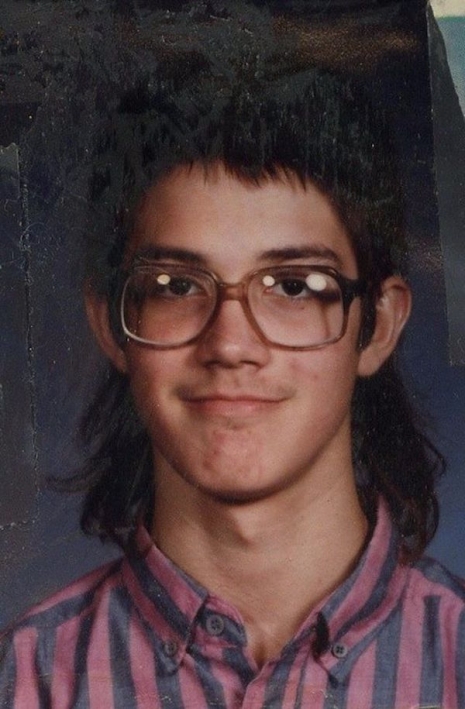 There’s an axiom I have about life which states “If it looked good on David Bowie then it’ll look shit on you.”

The obvious example was that daft craze for Bowie pants in the late 1970s early 1980s around Bowie’s Thin White Duke phase. These narrow-waist, wide-thighed yet tightly tapered at the ankle trousers looked the biz on the Main Man but let’s be honest they looked utter shit on everybody else. They were like giant incontinence trousers for men. It was a mere hop and skip to imagine the gallons of urine slopping around inside each pant leg when seen on wannabe cool guys up town on a Saturday night.

Another fine (and let’s be honest probably the best) example was the car crash of a hairstyle known as the Mullet.

Bowie popped up with one in the early 1970s when he was doing Aladdin Sane and singing “Life on Mars.” Bowie looked cool. He looked exotic. He looked taboo. But when the very same hairstyle was sported by various hairy soccer stars and bland TV personalities a decade or so later in the 1980s, it was like inmates from the Bide-a-wee care home for the criminally attired had escaped.

According to the Oxford English Dictionary, the term “the Mullet was “coined” by the Beastie Boys (really?) in their song “Mullet Head” in 1994. But I’m not sure this is correct as I recall the term being used with abandon during the 1980s in the UK.

The mullet was a strange welding together of two different hairstyles—usually a flat top or feather cut on top with long rat’s tails at the back. It was an aberration, sure, but it is an aberration that still persists to this day like knotweed in gardens. Here for your delectation and education is a small selection of the hairstyle every sensible person should avoid at all cost. 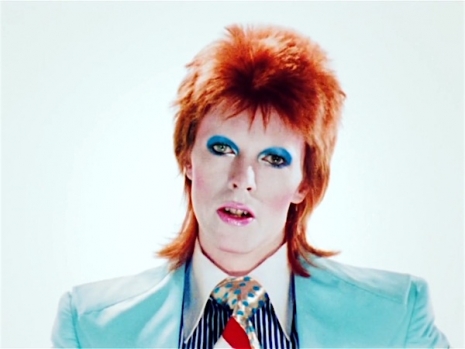 David Bowie—the only person who can sport a mullet and not look stupid. 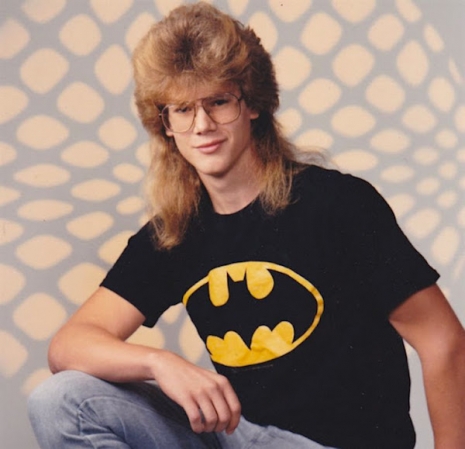 Y’see what I mean… 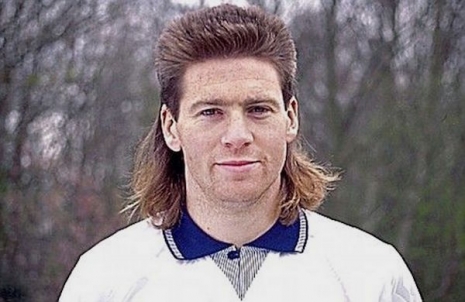 English soccer star Chris Waddle seemed to have this hairstyle longer than his playing career. 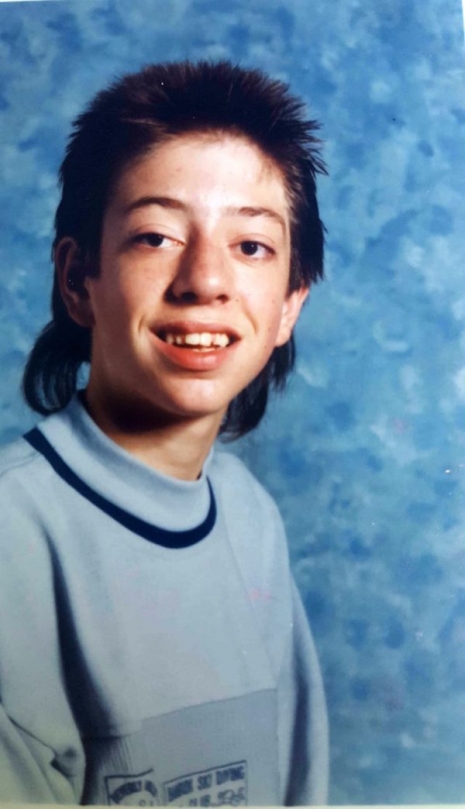 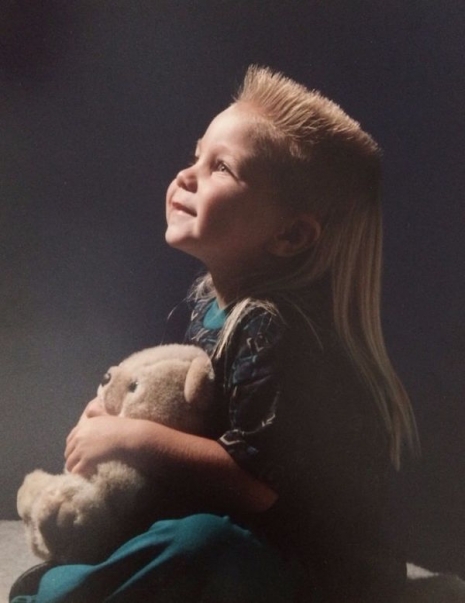 If child cruelty was a hairstyle. 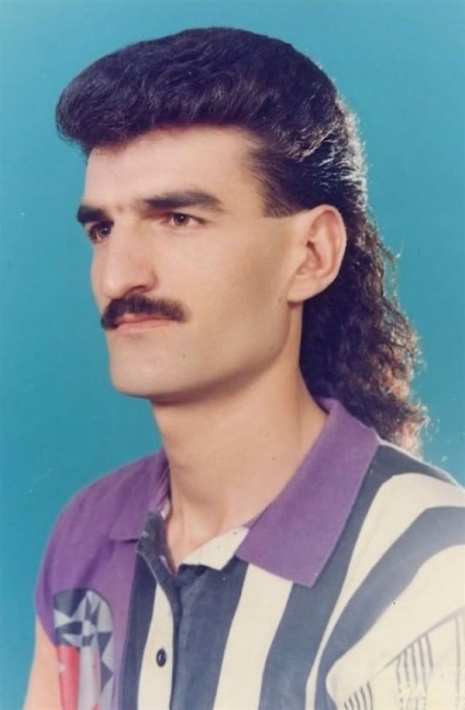 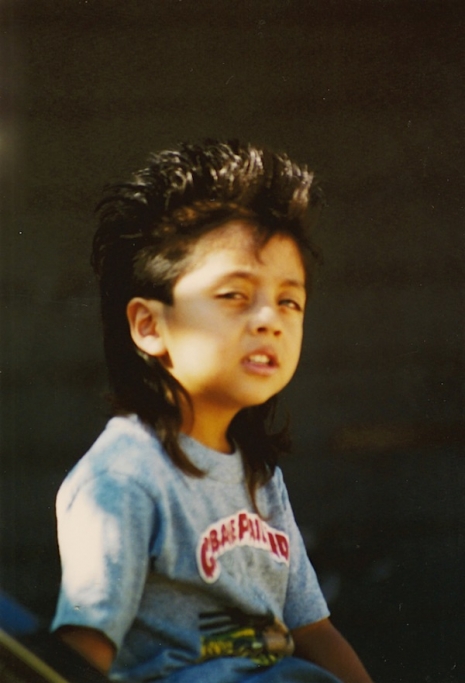 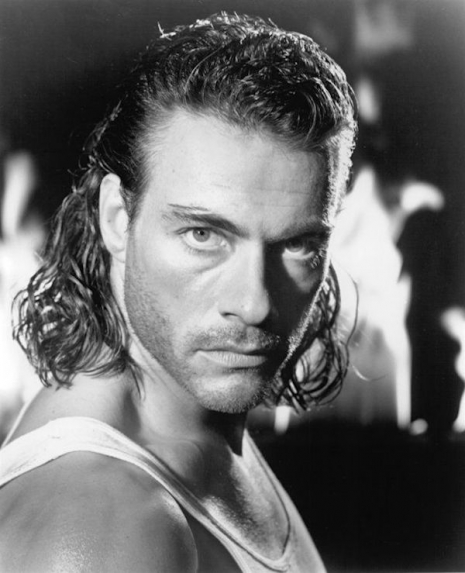 Yeah, Jean-Claude could kick your ass. 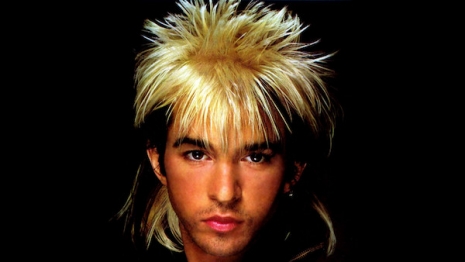 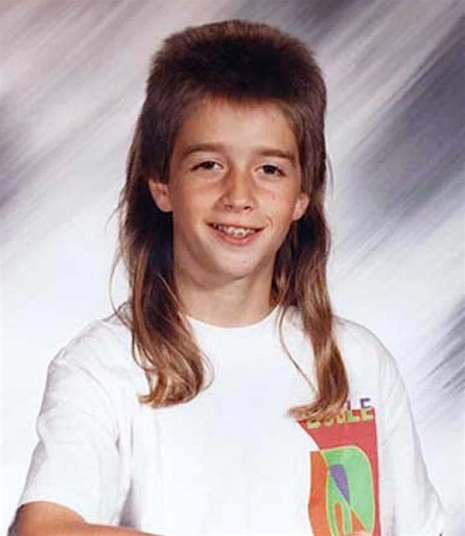 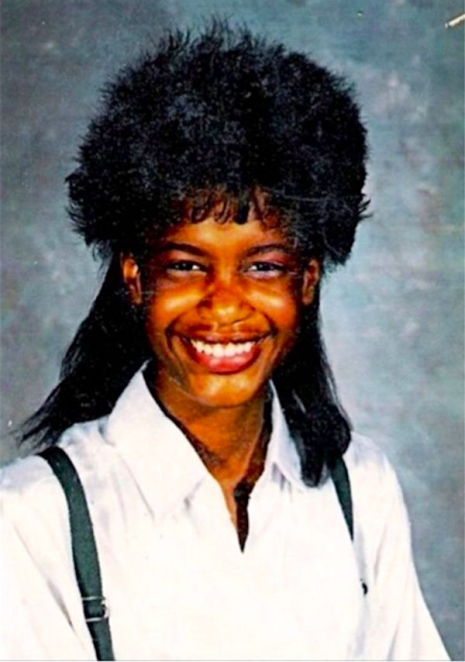 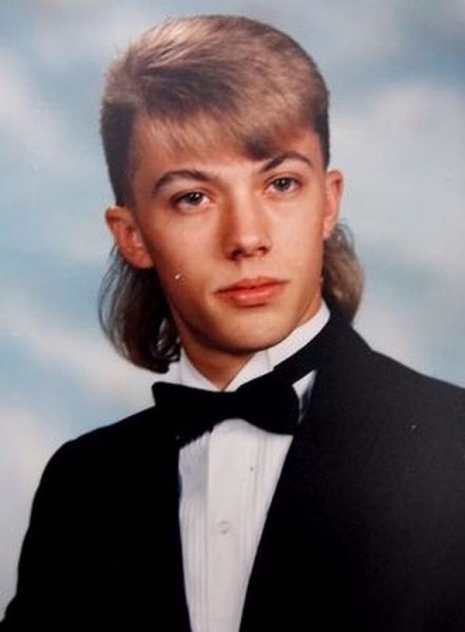 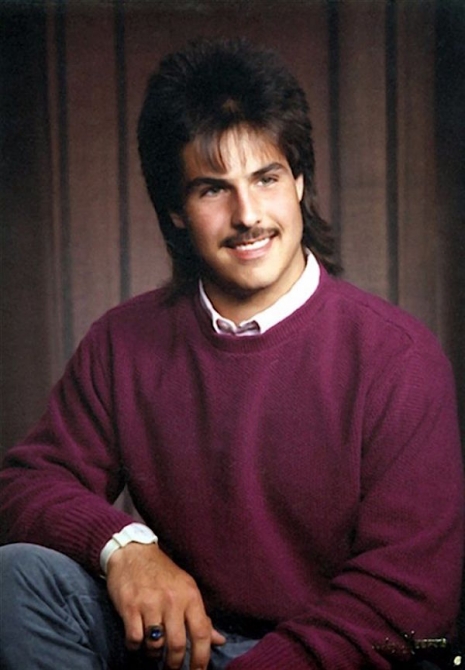 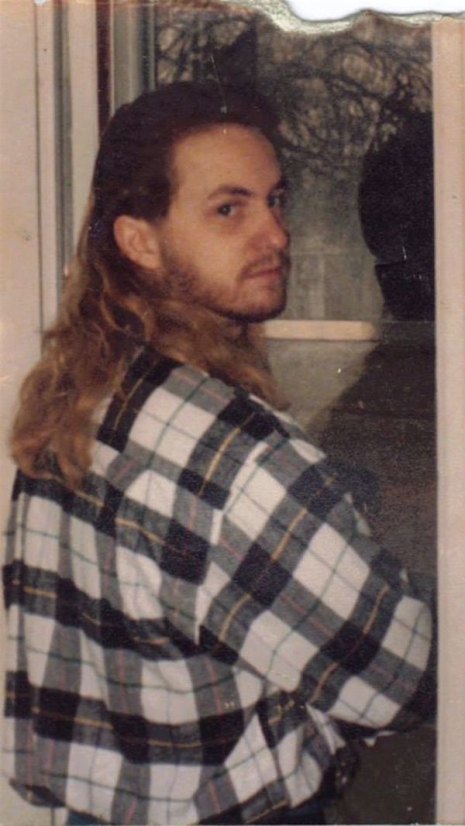 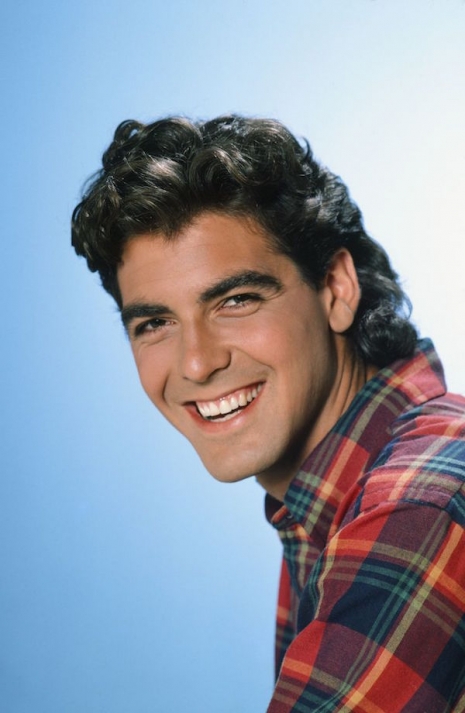 This chin and hair became George Clooney. Just think where he’d be now if he’d kept the mullet… 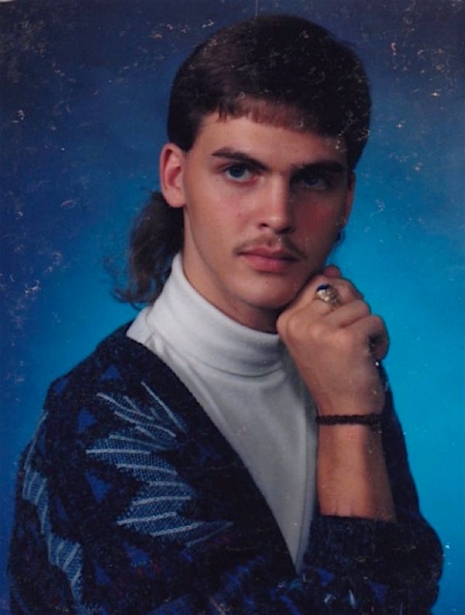 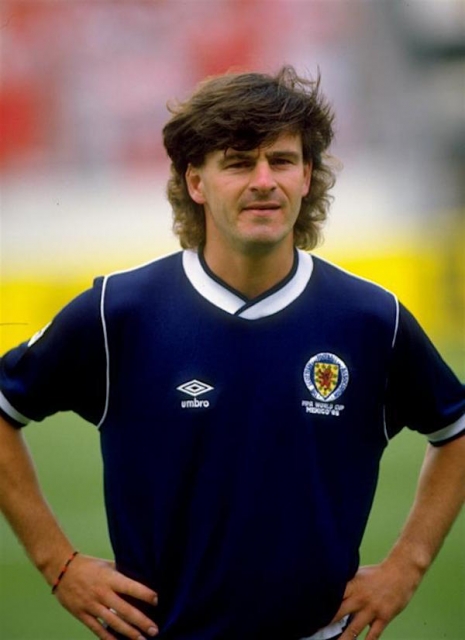 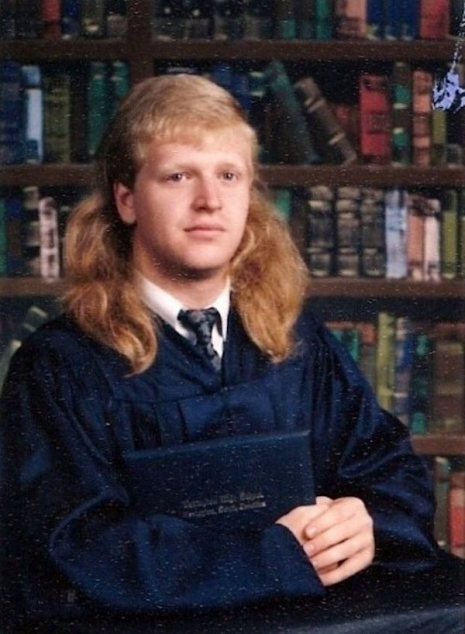 A graduate for the University of Billy Ray Cyrus… 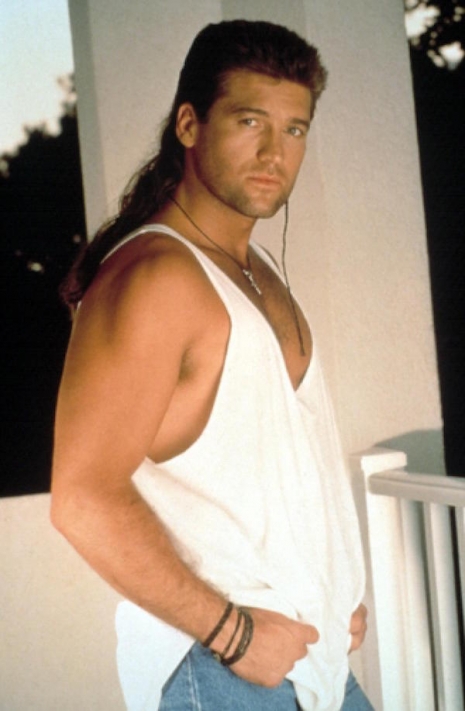 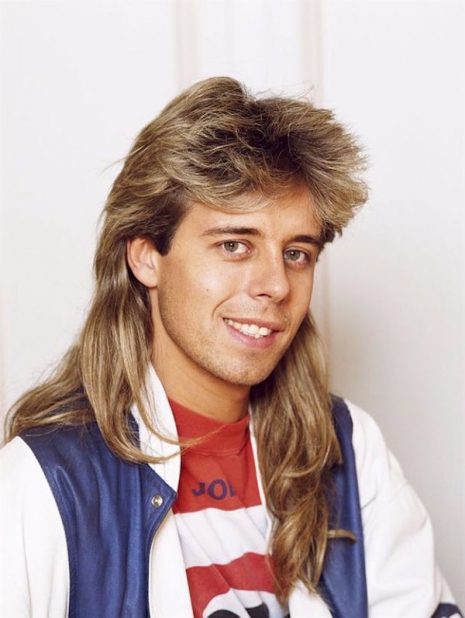 This is a famous British TV presenter. Producers never hire a man with this hairstyle. 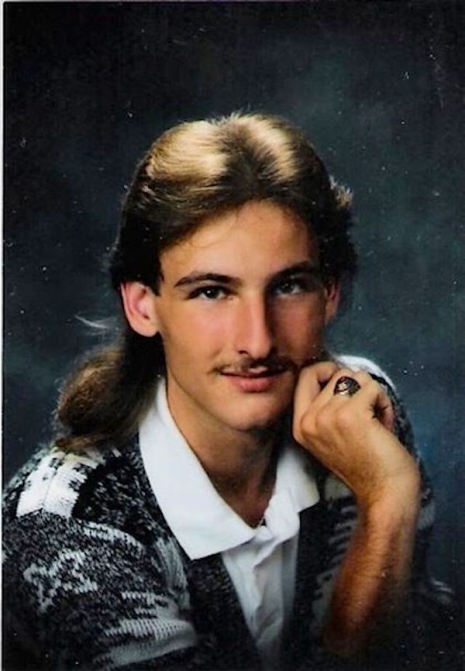 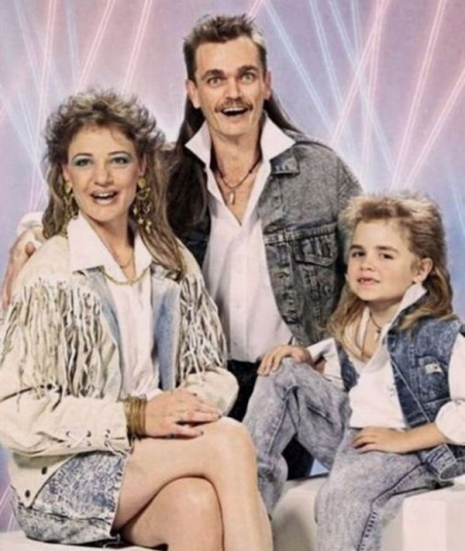