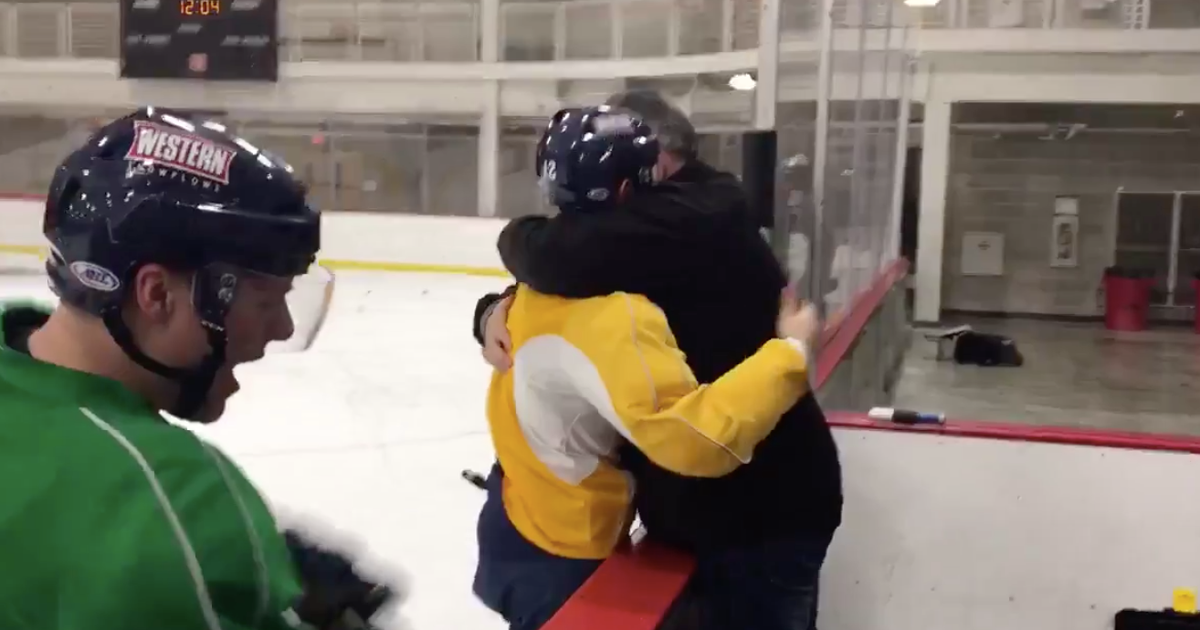 Now that the PyeongChang 2018 Winter Olympics are just a little over a month away, it’s time to begin our biennial tradition of tearing up to videos of athletes doing…pretty much anything.

TFW you tell your dad that you’ve made the US Olympic Team 🙌🏻#TeamUSA 🇺🇸 pic.twitter.com/ASoOYYXS4Z


After the clip blew up on Twitter, Butler told WTMJ-TV that he knew he’d want to capture the moment on video.

“I thought it would be special to tell him at a hockey rink since we’ve been playing so long,” Butler said. “He’s a big teddy bear, so I knew tears would come, but it was special, it’s a video I could give to him and he could show his buddies.”

That hug! Those cheers! How can you not get emotional? Butler made the right choice.