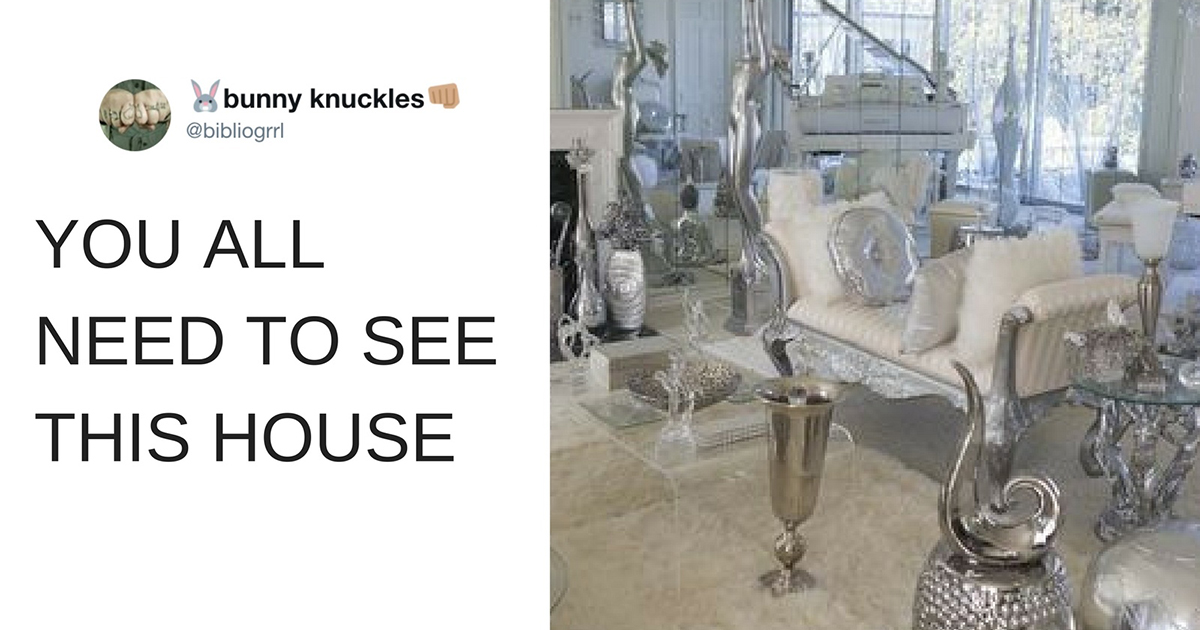 Pictures of a house that’s up for sale in Detroit have been making their rounds online, and not just among families looking to move. The house, owned by Ronald Nassar, is being admired by people all around the world for its over-the-top opulent style (as well as its $550k price-tag). This is it: a house even President Trump might think goes too far.

The house comes with all furnishings included for a mere $550k!

Nassar worked in industrial design before retiring. His first job was at Heinz Prechter’s American Sunroof Company, but he would go on to design sunroofs for famous individuals like the late King of Saudi Arabia, King Faisal.

The house also happens to be Nassar’s childhood home (though it didn’t always look this way).

His parents purchased the property when he was 8. When they passed away, Nassar moved back and began transforming it into the dream home we see now. Along with friend, Scott Pipes, Nassar has poured his blood, sweat, and tear into making the house perfect. He told the Detroit Free Press

There is so much work in this house.

And yet, the home seems so quaint from the outside…

Nassar cites color as a a unifying factor in his interior design.

With so many different styles being thrown up next to one another, the ex-industrial designer used color to stop exuberance from becoming chaos. Each room has it own color scheme, whether it’s the silver/white living room or the brown/lime kitchen. In his words:

You want to have colors that flow. You don’t want a kaleidoscope.


Nassar is looking to find a buyer who loves the house for what it is.

After putting so much work into it, he’d really prefer if the new owner didn’t walk in and change everything. When describing the perfect buyer, Nassar said:

If a person likes what they see, they can just bring their clothes

Rooms vary wildly in style and color, but they all have one thing in common: they’re incredibly bold.

A retro-style kitchen recalls Nassar’s childhood in the house with his parents.

The bathroom, however, seems to recall a scene from ‘The Little Mermaid’ more than anything else.

A study with warm-colors is important for relaxation.

And, of course, the basement (complete with small stage and Elvis Presley cut-out) is where the real party happens.

Best of luck securing a buyer for your house, Mr. Nassar! Any interested parties should take a look at the house’s listing on realtor.com! Viewings are only allowed on sunny days to be sure visitors can get the full effect.

Someone please lock down this home ASAP.