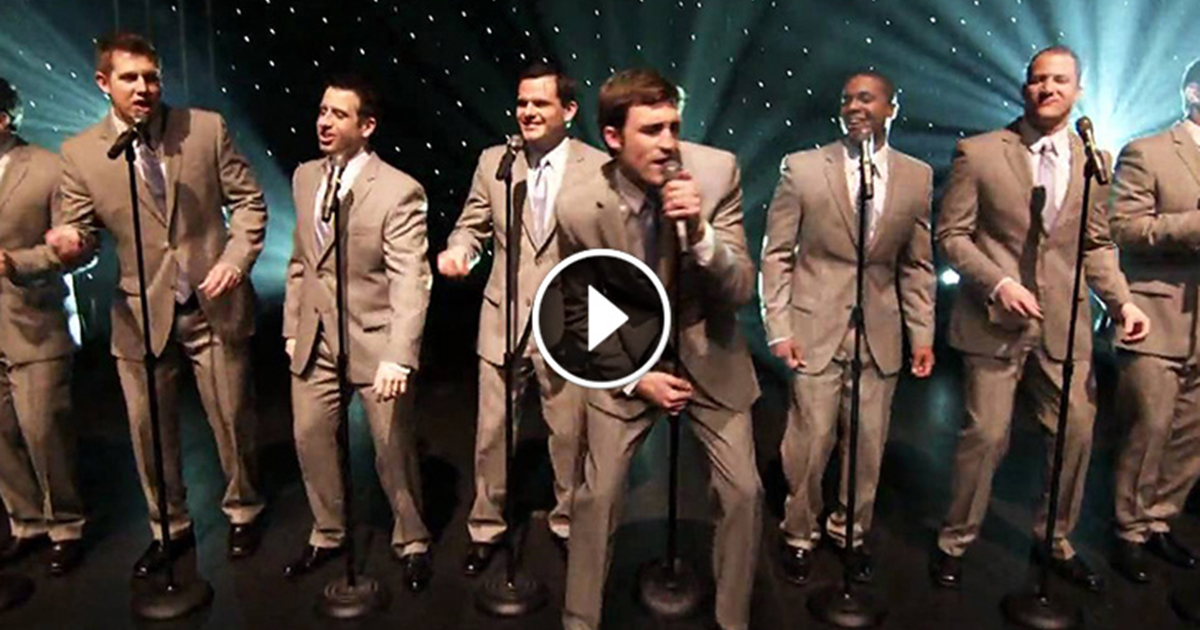 There have been countless renditions of “The Lion Sleeps Tonight” sung by a variety of different artists, but none are as funny as Straight No Chaser’s hilarious version. The talented group of a capella singers gathered together while on tour in New Mexico and belt out a rendition of the song we’re never going to forget!

The moment the music starts, one of the members explains that they created their very own choreography for this performance – the audience has no idea that it’s going to be so funny!

Straight No Chaser has been busy reinventing the idea of a cappella on the modern pop landscape. The men of Straight No Chaser are no strangers to performing in front of big crowds, like in the video below. Not only is their sound incredible, but so is their style.

These men are just too darn funny! You have to see for yourself how incredibly amazing they are. Once they begin singing, the audience is enraptured with their sound.


The post The Crowd Goes Nuts when Handsome A Capella Singers Begin this Famous Song appeared first on THE BEST VIDEOS BEFORE THEY GO VIRAL – Damn Bored TV.