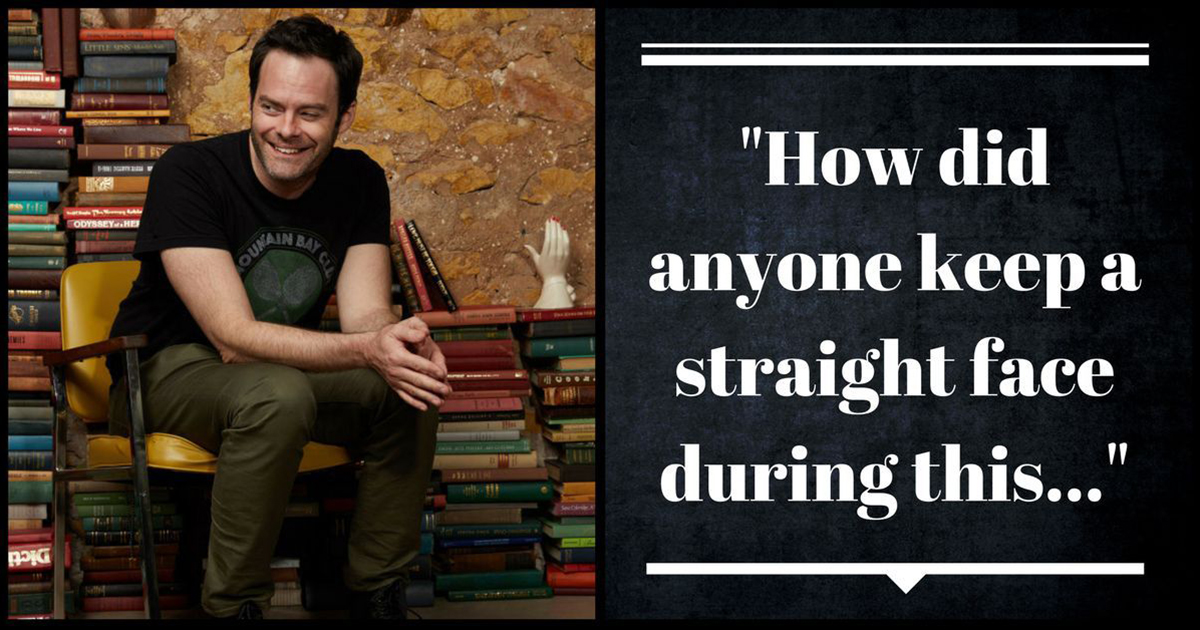 This past Saturday, Bill Hader returned to the show that arguably provided him his big breakout, but this time to play host. Of course, he served us up some prime Stefon on Weekend Update, but it’s another sketch that people can’t get enough of.

Let’s be honest, we all love it when the actors on SNL break and start laughing. Well in this sketch, literally no one could keep it together. The premise was simple: a group of women played by Heidi Gardner, Aidy Bryant, Cecily Strong and Melissa Villaseñor were getting together for a girls game night, and Cecily Strong’s character decided to bring along her geriatric husband. When his Cialis kicks in, they decide they should take advantage of the opportunity. At one point Hader literally has to shield his face behind Cecily Strong, who is sitting on his lap and also cracking up.

The whole thing can be seen in the video below…

Many couldn’t blame the actors…

How did anyone keep a straight face during this. I was dying laughing, it was sick LOL

I haven't laughed this hard in awhile. I had tears and lost my breath. 👏👏👏👏👏

What I felt about this skit!!!! pic.twitter.com/gYmDi0nBlc

I snort cry laughed. It was glorious.

One of the best skit so far this & last years.

This skit was one of their best…lmao!

And Vesper had high praise for the women of the cast…

Thank God for funny women. SNL has been blessed to have many of them over the years.