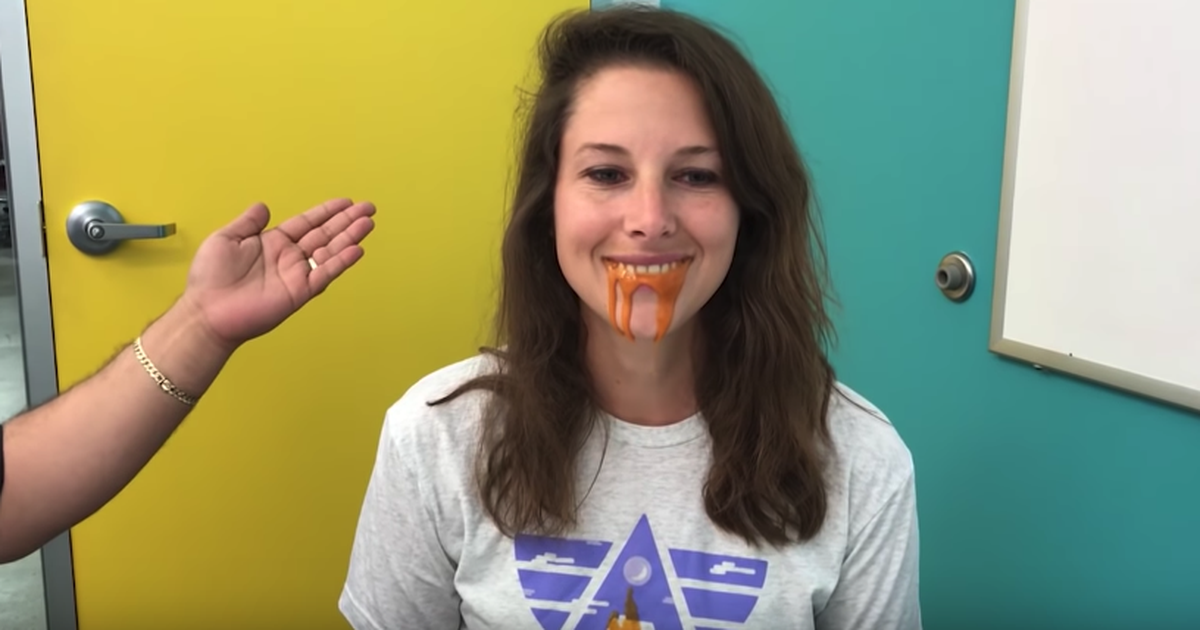 Last week, a hilariously creepy script made the rounds online.

Writer and comedian Keaton Patti tweeted that he forced a bot to watch over 1,000 hours of Olive Garden commercials, and then asked it to write its own version. The script he posted had some funny gems like describing pasta nachos as “warm and defeated” and a character revealing her mouthful of “secret soup.”

A group of coworkers who normally create drivers ed videos put together their version of the Olive Garden commercial, and it’s just as unsettling as the original script. Krista Doyle, one of the coworkers, tweeted that all they could talk about was the Olive Garden bot, so they “decided to just shoot the damn thing.”

The commercial even closes with the script’s “wet voice” slogan: “When you’re here, you’re here.”