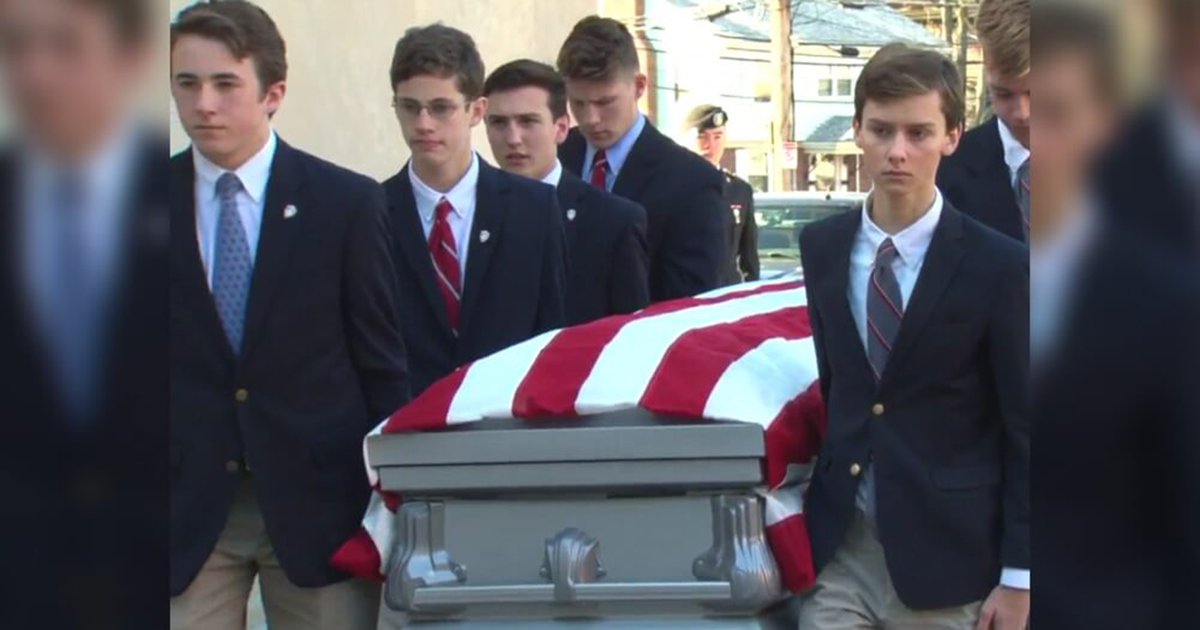 America’s enlisted men and women often give the best years of their lives to safeguard the old red, white and blue. Their calling requires constant sacrifice, sometimes even requiring them to lay down their lives.

Unfortunately, military veterans often fall prey to further perils once they return home. In fact, they comprise a disproportionate amount of the United States’ homeless population.

The National Coalition for Homeless Veterans says that about one out of every 10 homeless people is a former member of our armed services. What’s more, some nearly 40,000 veterans are out on the streets each and every night.

It might seem that these brave warriors have been forgotten by an ungrateful nation, but a group of West Roxbury, Massachusetts, high-school students want you to know that’s not so. On Nov. 15, attendees of Catholic Memorial School went the extra mile to honor a deceased veteran they’d never met.

Sixty-eight-year-old John T. Fitzmaurice passed away on Nov. 6, a homeless military man who perished on the streets. According to local funeral director Bill Lawler, it’s not an uncommon occurrence.

When a veteran dies without any next of kin, “we get in touch with the Department of Veterans Services so he can have a proper burial,” he told the Boston Herald. In Fitzmaurice’s case, though, he had a different idea.

Kudos to these young men…….

The funeral home and one of the board members of Catholic Memorial School approached the institution’s administration with a proposal: Why not have the students organize a proper funeral for the former soldier?

The powers that be thought it was a capital idea. In short order, they began arranging a service with full military honors.

“We have a great academic program, but we care equally about shaping the character of our young men,” school president Peter Folan stated. “Educating the heart and mind — teaching our students to live out their faith through action and service — is at the core of what we do.”

Honoring the former Army soldier began in the Catholic Memorial chapel. The Rev. Chris Palladino eulogized the deceased and provided a homily.

Though Fitzmaurice lacked any family to fill the pews, he wasn’t without those to remember him. Students filled the small place of worship in his honor.

“We have a lot of veterans in my own family, so I know the sacrifice he made for the country, and I know the service he committed in the years he committed to serving our country,” senior class president Will Padden explained. His sentiment comes honestly.