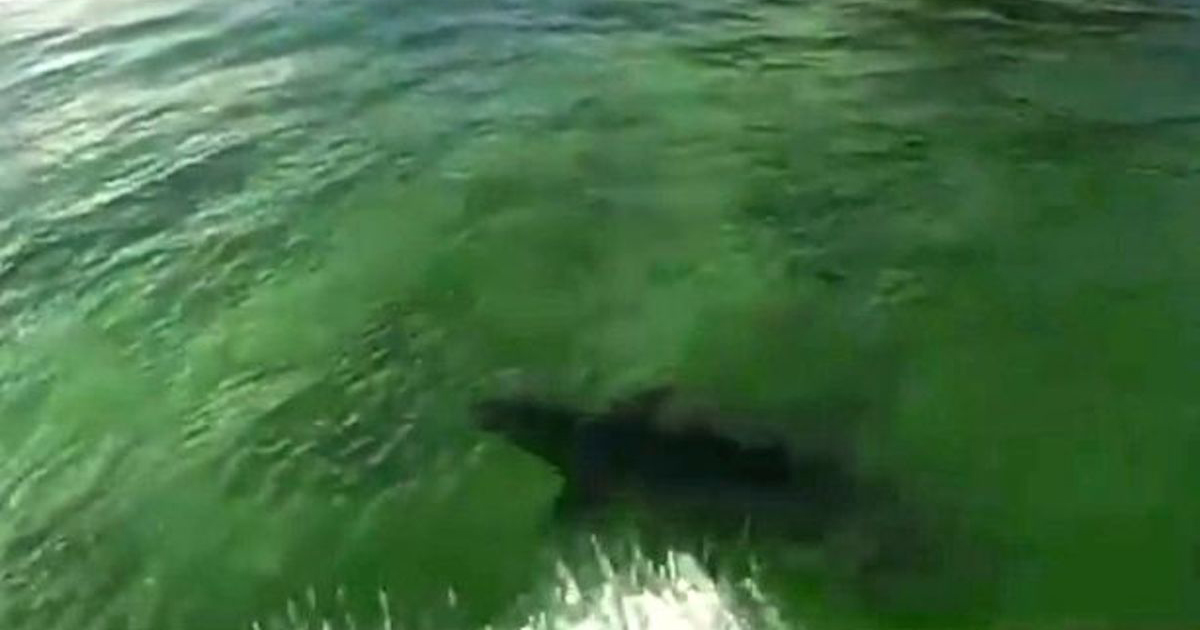 Mitch Hargreaves was hoping to capture video of some dolphins he had seen the day before when he went surfing at Cellito Beach in New South Wales, Australia, last weekend.

Instead of dolphins, however, he got a bit of a fright when he encountered what was believed to be a bull shark, according to The Manly Daily. The 19-year-old, using a mouth-mount with his GoPro, captured video of the moment:

This is the terrifying moment a northern beaches teen surfs over what is believed to be a 2m bull shark! 😳 Full story: http://bit.ly/2Afsbos

Posted by The Manly Daily on Wednesday, November 29, 2017

“At first I thought it was seaweed, but as I got closer I saw it was moving and it was a shark,” Hargreaves told The Manly Daily. “I was alongside it and then I went over it. I was in disbelief.

“I tried yelling ‘shark’ through my mouthpiece to warn my dad and the others behind me, but no one heard.

“I was waving from the shore, and when they eventually came in they didn’t believe me—until they saw the video.”

With the camera set to wide angle, it was difficult to discern the size of the shark, but Hargreaves estimated it to be 6 foot, and it is believed to have been a bull sharks.

Locals told Hargreaves that there were bull sharks around that stretch of beach because of a river mouth nearby.

For Hargreaves, it was the first time seeing a shark in the water, but it didn’t deter him from surfing.

“I went back to the same break [the next day], but I was much more alert for sharks and I think I will be wherever I surf from now on,” he said.