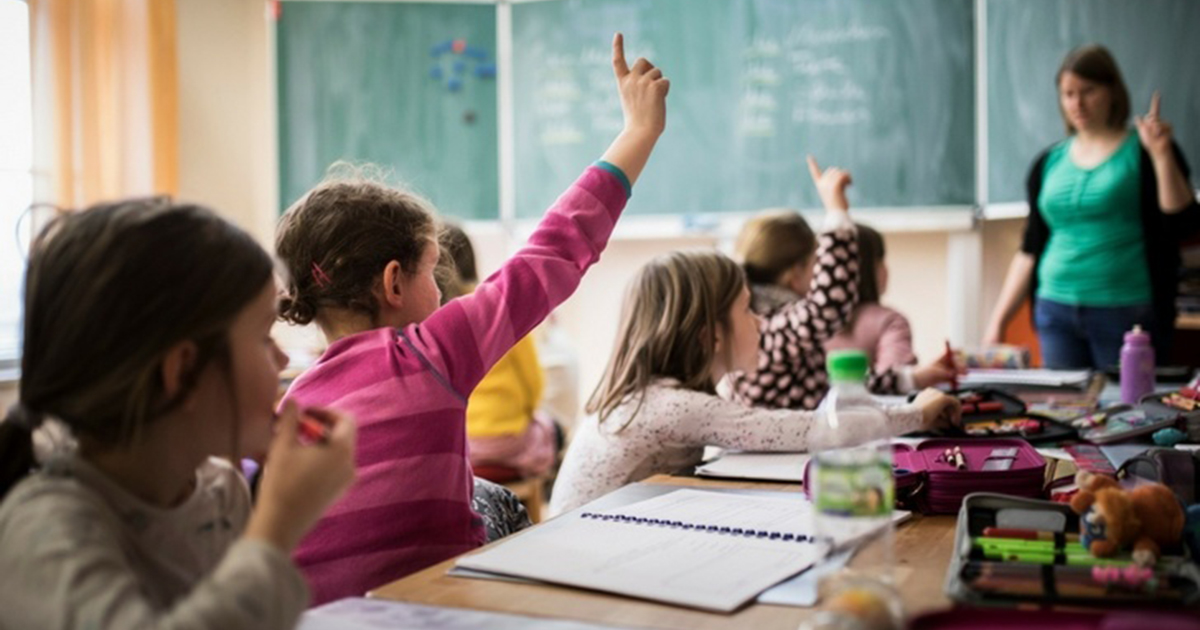 The nation is mourning in the wake of the deadly mass shooting at Marjory Stoneman Douglas High School in Parkland, FL, in which 19-year-old gunman Nikolas Cruz killed at least 17 people with a AR-15 semiautomatic rifle on Wednesday.

In the wake of yet another school shooting, teachers are coming forward on social media and are joined by other public educators who are fearful for the lives of their students, as well as their own, in the classroom.

"After 10 minutes you kind of knew that something — that this was for real," says Jim Gard, a math teacher at Marjory Stoneman Douglas High School in Parkland, Florida https://t.co/a1MXsLNIPw pic.twitter.com/4rU3uKMKmU

Geography teacher Scott Beigel was slain while ushering his students back into the classroom. Athletic coach Aaron Feis shielded students from oncoming bullets. He died after being rushed into surgery from a gunshot wound.

“He died the same way he lived — he put himself second,” said football program spokeswoman Denis Lehtio. “He was a very kind soul, a very nice man. He died a hero.”

It is with Great sadness that our Football Family has learned about the death of Aaron Feis. He was our Assistant Football Coach and security guard. He selflessly shielded students from the shooter when he was shot. He died a hero and he will forever be in our hearts and memories pic.twitter.com/O181FvuHl3

Unfortunately, teachers putting their lives on the line whenever they enter a classroom is becoming part of the job description. Being available to inspire, to educate, and to enrich the lives of students is as crucial as protecting them from immediate danger.

Twitter user @kaitstee said, “As a teacher we’re taught to throw anything close to us at the attacker as part of ALICE training as if that’s going to stop an active shooter. I’m terrified for my children.”

As a teacher we’re taught to throw anything close to us at the attacker as part of ALICE training as if that’s going to stop an active shooter. I’m terrified for my children. https://t.co/JhEju12cth

Greg Crane, the founder of ALICE, talked about the school safety program.

We are ALICE trained and part of that is to use whatever you can to disrupt. Then get everyone out. Sad state or affairs when this is what we have to focus on instead of teaching.

Even those not against gun control voiced their fears on gun violence.

Teachers are given two options on how to respond to a school shooting.

I was told in our school's active shooter trianing that I can choose to hide the kids or fight back, whatever we deemed was the best possibility for SURVIVAL

Some teachers are forced to view the classroom as a potential battleground and survey the room for potential tools that can be used in self-defense.

I have … and have thought about bringing in wasp spray so that I can blind anyone who tried to come through the door. I’ve thought through how many kids I can hide in my cabinets – what tables I can use to barricade. Why the hell is this even something we have to think about??


Survival skills have become an essential part of the curriculum.

Instead of worrying about engagement, equity, and day to day lesson plans, I’m sitting here today thinking through how I have to teach these babies to stand on toilet seats and hide behind backpacks. I feel so helpless and heartbroken 💔

The frustrations keep mounting. Will there ever be a resolve?

Where to hide, how to get across the room to shut the always-open library door, how to keep kids quiet, how not to cry myself. On and on march my fears, and the people with the power to enact change do nothing.

I am a teacher too, and to be honest I am terrified. It feels like this could happen at any moment. So sad 😞

When windows are seen as a threat.

Moreso how I'd keep my kids safe when we have a large bank of windows. How would we create effective barricades. This is not an engineering challenge I want to face.

In addition to hoping for their students’ bright futures, teachers now must think about how they’ll cope with clear and present dangers.

I remember spending sleepless hours imagining how to block the door with tables and bookcases after Sandy Hook. Now I spend those sleepless hours wondering if my kindergartener will know what to do and how to follow directions.

Days of solely thinking about text books are long gone.

This has been the new reality for campuses across the country.

As a special education teacher, I live every day with the reality that I may need to take a bullet to protect my students. And I run scenarios through my mind every single day to make sure I'm ready should the time come to react quickly so my students stay alive.

What do we do when we run out of words?

I"m a Teacher. At this point in my 13th year I no longer know what to say. I can comment on guns, mental health issues, the breakdown in society, whatever the trend wants me to comment on. But mostly as a teacher, I just wish this would stop. #FloridaShooting

Check in on your teacher friends today. They are asked to do these drills and are tasked with caring for kids. They’re as unsure as anybody about what to expect at school today.

They’re gonna show up, tho.

So make sure you see how they’re doing today.