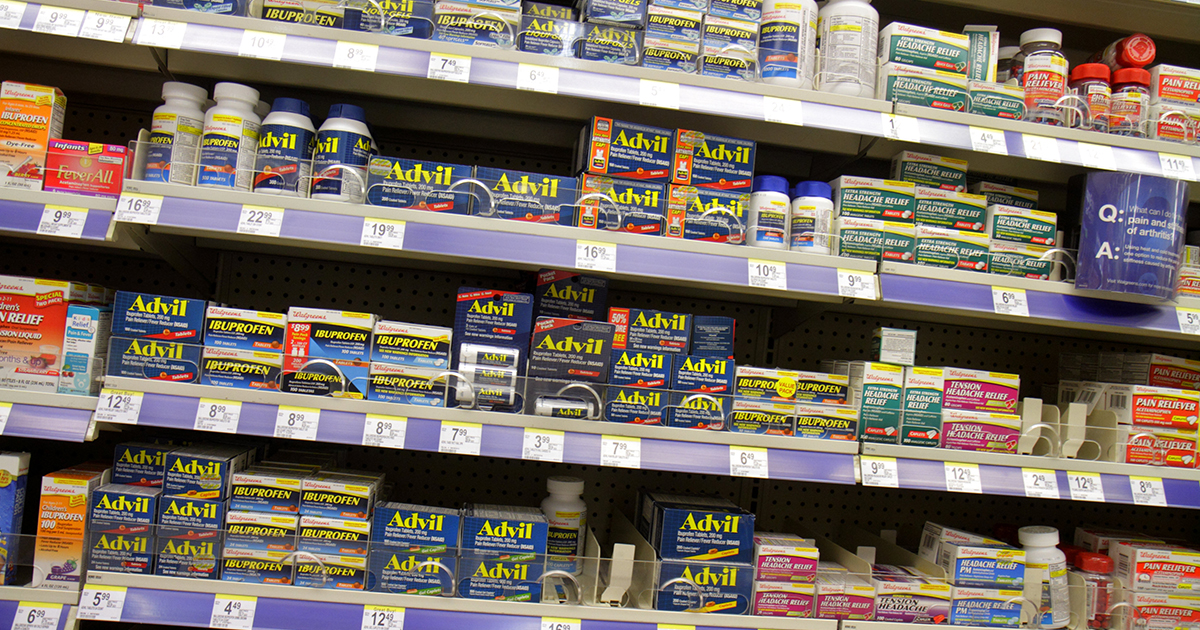 A recent study suggests that taking too much Ibuprofen could be linked to serious health problems.


Non-steroidal anti-inflammatory drugs, better known as NSAIDs, are medications used for pain relief and for easing cold symptoms. Aspirin, naproxen, celecoxib, meloxicam, and diclofenac are examples of some commonly used NSAIDs. But Ibuprofen, a popular NSAID often sold as Advil or Motrin, is the focus of a new study published in Pharmacoepidemiology & Drug Safety. “Nonsteroidal anti-inflammatory drugs (NSAIDs) are effective and very commonly used,” the study claims. But these seemingly innocuous over-the-counter medications “also have side effects,” and some of them are can be quite serious.

The study involved 1,326 individuals exceeding the daily limit (EDL) of NSAID’s and then recording any adverse effects that occurred. Interestingly, “most did not recognize all products taken as NSAIDs,” according to the study. Ninety percent of participants in the study “took over-the-counter ibuprofen during the week”, and 37 percent took non-Ibuprofen NSAIDs.

“EDL was associated with deviations from detailed dosing directions, particularly exceeding the 1-time dose, which occurred more often with medications with 1-pill doses,” wrote study author David W. Kaufman. “Personal characteristics associated with EDL included male sex, ongoing pain, poor physical function, daily smoking, having the attitudes of “choosing my own dose” and not starting with the lowest dose, and poor knowledge of the recommended 1-time and 24-hour doses.”


Citing the study, Dr. Liffert Vogt of the University of Amsterdam’s Academic Medical Center suggested that Tylenol “is a much safer option and very efficacious as a painkiller.” In an email with the New York Post , Kaufman explained the study found that overuse of Ibuprofen and other NSAID’s “can have serious side effects, including gastrointestinal bleeding and heart attacks and are often taken without medical oversight because many products are available over-the-counter.”

Nonsteroidals like ibuprofen in therapeutic doses (not a baby aspirin), have a lot of side effects, particularly on seniors, swelling, raise blood pressure, kidney damage, easy bruising, ulcers. More danger than a lot of prescription drugs.

Perhaps most alarmingly, the study indicated that even one day of NSAID use can lead to serious health risks, and those dangers escalate with usage frequency. People who take NSAIDs should read labels carefully and consult with their physicians before self-medicating.