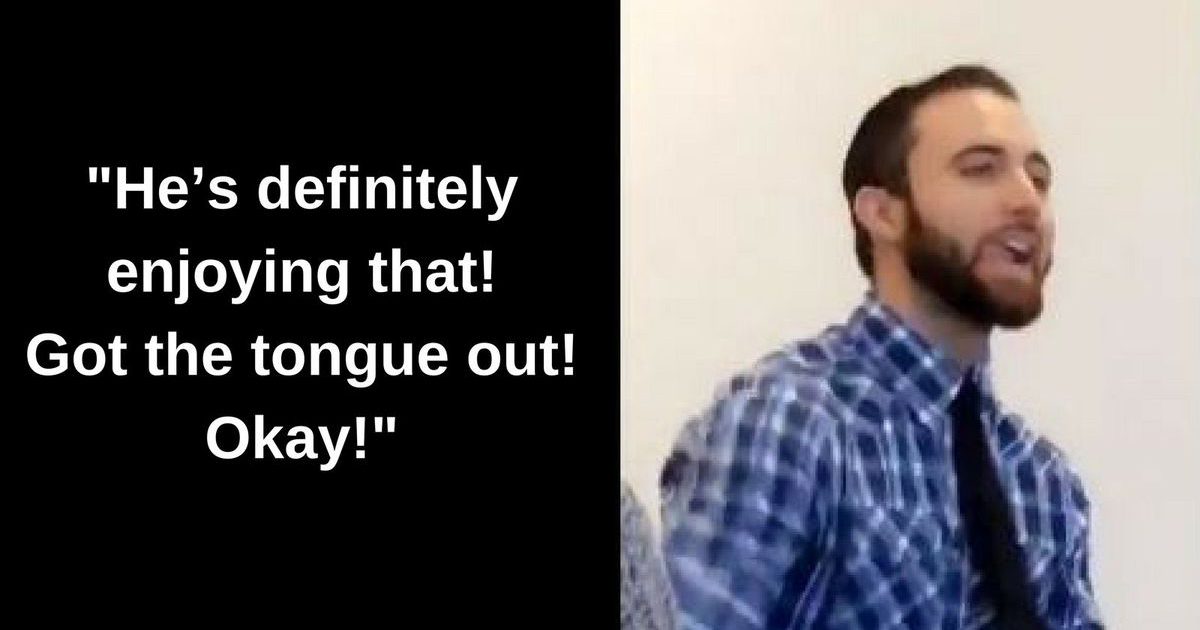 A student at Keiser University Tampa, Brandon Goderich knew the rules the professor gave his American Literature class. If you are late you either, tell a joke, bring food, or dance. Well Goderich may not have been prepared for the days lesson, but he was certainly prepared to be late.

Knowing he was going to arrive late, Goderich came dressed to the nines and sporting his own dance music with ipod and speaker. He broke out in his punishment dance to Dj Chipman’s Stick It and Roll It .

A fellow student captured the moment and posted it to Twitter where it has received over 5 million views. Twitter agrees this kid definitely rolled with it. Now let’s hope he sticks an A on his report card.

Immediately everyone wanted to know how to reach out to Goderich on social media.

And they were willing to wait.

Where is OUR man’s info? pic.twitter.com/gCmMebWWia

Eventually Goderich showed up. He had to create an account just for his viral fame.

Glad you all enjoyed my performance 😂😂😂 https://t.co/BFzOJuWTgT

The story was too good. Last week I found my old iPod full of high school jams!! That’s where all my 305 inventory is stored and I even brought a Bose Bluetooth speaker so I can play it since I was late 😂

Once people knew who he was, the next question, is he single? And who is he into?

But then this happened.