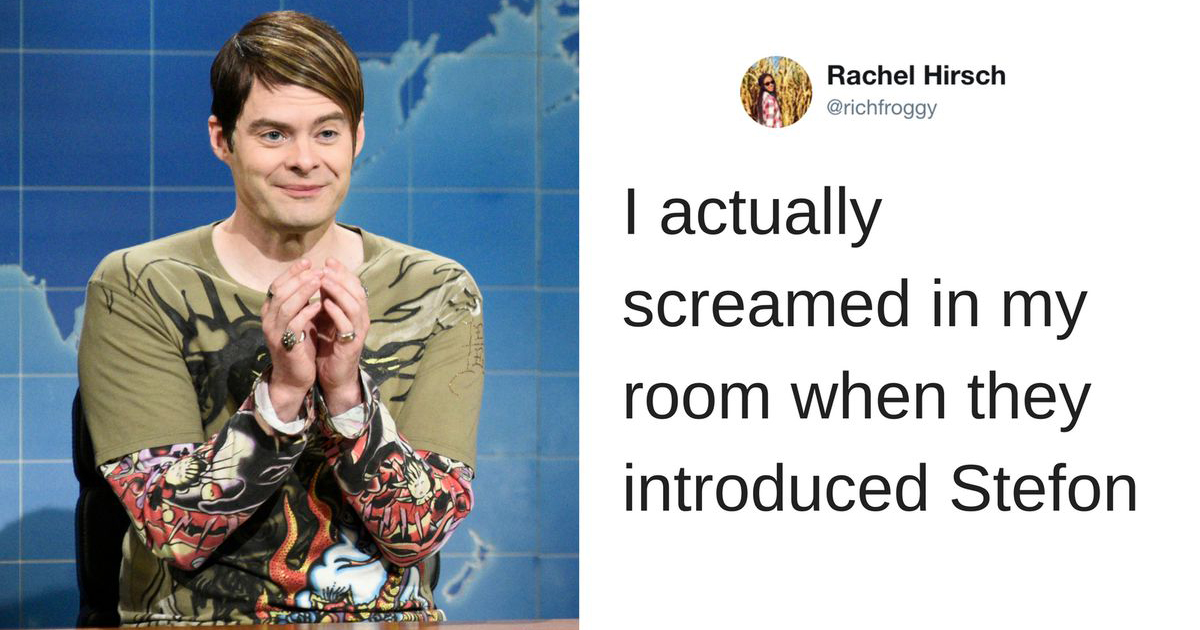 Stefon’s got the low-down on some great clubs for tourists to celebrate St. Patrick’s day!

Saturday Night Live alum Bill Hader returned to host the show on March 17, which means Stefon, one of the star’s most memorable characters, also got to drop by the Weekend Update desk for a long overdue update on New York’s hottest clubs.

It was a triumphant return for SNL’s beloved city correspondent:

Fans couldn’t contain their excitement for a new Stefon segment:

I actually screamed in my room when they introduced Stefon 😭💓 @nbcsnl

Live reaction of me when John Mulaney CAME ON TV DURING THE STEFON SEGMENT pic.twitter.com/GkMRm84wdm


Mulaney famously likes to surprise Hader with new jokes on the cue cards during each Stefon segment.

John Mulaney wrote many of the Stefon sketches on @nbcsnl – looks like he had a hand in this one as well pic.twitter.com/IMlRAA0u7X

The best thing about the Stefon character is that 90% of it is clearly Bill Hader just reading John Mulaney jokes off the telestrator for the first time live on television.

One of best things over past decade on @nbcsnl has been Bill Hader as Stefon seeing jokes for first time on cue cards when live and trying not to lose it. #SNL

Whatever else may have happened in the episode, fans were glad just to have seen Stefon again.

Y'ALL REALLY BROUGHT STEFON BACK @nbcsnl

It was definitely a memorable St. Patrick’s day…

…though perhaps not as memorable as St. Patrick’s Days past. We hope to see you soon, Stefon!