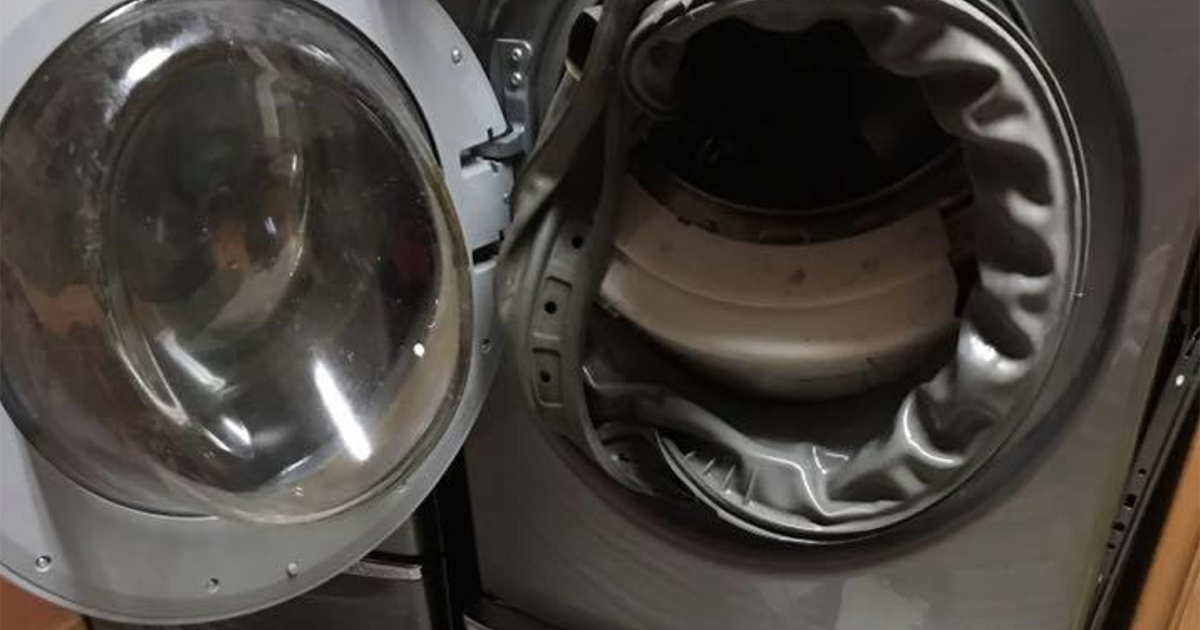 When Sara Van Beck heard a loud “whistling noise” coming from her laundry room last week, she rushed over to investigate.

The mother of five from Freeport, Minnesota, noticed the washing machine was starting to “shake” and “howl” as it reached the end of its spin cycle. As she bent down to examine the 3-year-old Whirlpool Duet, she heard an explosion.

“It sounded like a bomb. It was so surreal,” Van Beck told CBS News.

Within seconds, Van Beck felt a sharp pain as the plastic door flung open and ball bearings flew out of the machine and hit her in the stomach.

“The force blew me off my feet,” Van Beck described. “I fell backwards and hit my head.”

She woke up on the laundry room floor and reached for her phone, only to realize it was in another room.

“I remember waking up. My head hurt. I couldn’t move,” Van Beck said.

So, the quick-thinking mom spoke into her Apple Watch and asked Siri to call her husband, Noah, who happens to be a first responder for the Freeport Fire Department.

At first, Noah thought his wife was just pulling a prank on him.

But when Noah heard Van Beck cry out in pain on the other line he knew something wasn’t right. Within half an hour, he was home.

He turned off the power, assessed his wife and brought her to the emergency room, where she was diagnosed with a concussion and sinus cavity injury.

As a teacher, Van Beck said she was hesitant to share her experience. But after a few days, she decided she needed to warn other moms like herself.


On Sunday, Van Beck posted about her injuries on Facebook, along with photos of the broken machine, which was not under any sort of recall at the time. The post was shared by nearly 17,000 people and received thousands of comments.

“I felt like as a mom it was the right thing to do,” Van Beck said. “Everyone has that in common — everyone does laundry.”

Van Beck said a representative from Whirlpool’s safety department responded three days after she reported the incident and agreed to replace the washer and dryer.

“We are in contact with the consumer and are in the process of exchanging the washer (and the dryer) so we can analyze what happened,”  Whirlpool spokesman Kristine Sherman confirmed to CBS News. “Although we cannot speculate about what happened with this particular product, Whirlpool is committed to delivering safe, innovative products to consumers.”

Van Beck said she plans to fill out a claim for the medical expenses, and hopes her message will prevent further “freak accidents.”