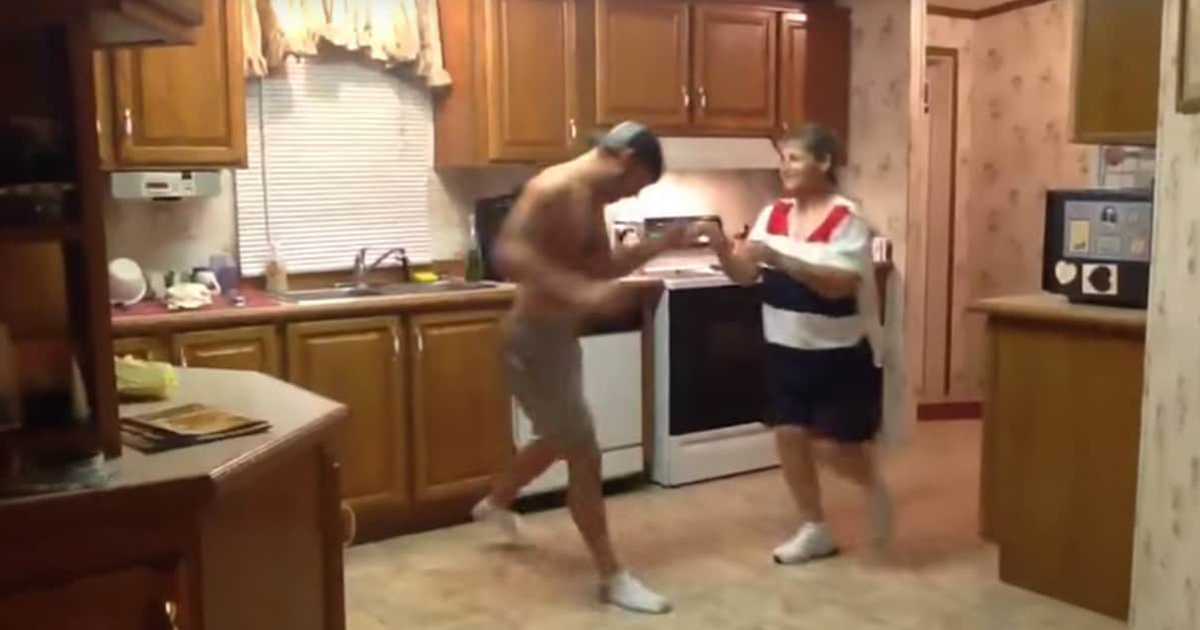 When Lucy Stevens, of Louisiana, was struggling to fall asleep one night, she decided to utilise the energy stored up inside her. Grabbing her son, Lance, they took to the kitchen floor to dance the night away and the routine will leave you grinning from ear to ear.

Lucy and Lance have been dancing together since he was only a young boy. As soon as he could walk, whenever the radio would come on, he would bop around the house and Lucy would dance alongside him. Their great partner work is still as strong as ever as they’ve grown older and Lance has become a parent himself.

This is what happens when people can’t sleep in Louisiana.

As Meghan Trainor’s song, ‘Dear Future Husband’, plays over the radio, the pair embark upon a partner routine, led by Lance, that flows perfectly and exudes the fun and love of their relationship.

The pair clearly still practice together as their routine is near-on flawless, and their fancy footwork is fabulous with their energy never faltering. That is until they fall about laughing… But they quickly compose theirselves in time to finish off the awesome dance.


The spontaneous dance is a great family occasion as other members look on, cheering and laughing. The family clearly have a strong bond as they enjoy the late night antics. I think I’d better head down to Louisiana to join in the party; it looks like a great time!

Watch the video for yourself to see their fun-filled routine. The relationship between a mother and son is so precious, and they’ve clearly kept their strong bond as they’ve grown older.

If you loved this video, be sure to leave your comments in the section below and share with your friends.