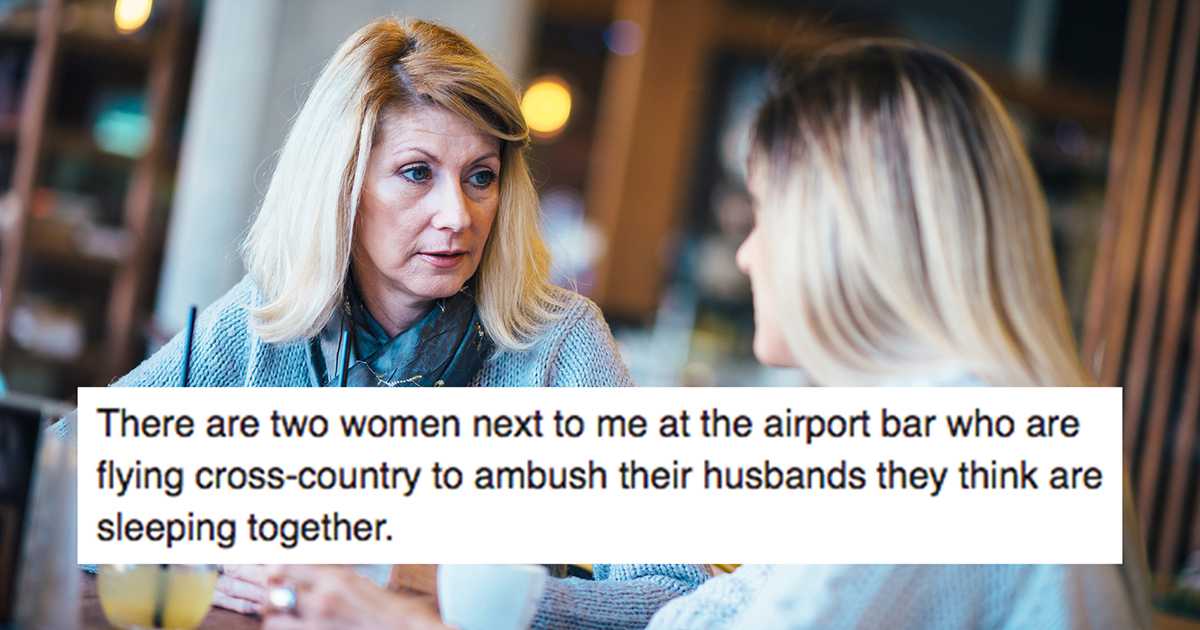 
Have you ever been witness to a scenario so utterly strange it would make an excellent TV show? Of course you’re going to eavesdrop the SHIT out of it. Some people even have the guts to take the scene happening in front of them and share it with the world in a series of tweets that make us all privy to the series of events unfolding.

Writer and filmaker BJ Colangelo was sitting in an airport bar when she overheard two woman discussing their travel plans.

There are two women next to me at the airport bar who are flying cross-country to ambush their husbands they think are sleeping together.

If this sounds familiar, it’s a real-life version of the plot of Netflix’s Grace and Frankie, which will probably get a huge increase in views when people spend their weekend binging on it.

So now that we know what’s about to go down, BJ continued to provide us with the details leading up to this unlikely pair’s trip together.

The women have never met until this moment. "Hopefully I'll gain a sister in you if I lose my husband."

OH MY GOD THAT IS THE MOST SUPPORTIVE THING EVER.

One of the women has an extreme couponer's amount of gum in her purse. "You can't yell at someone with bad breath. My dad taught me that."

Same. My mom always had gum and it’s made me who I am today.

I am going to live-tweet the fuck out of my eavesdropping.