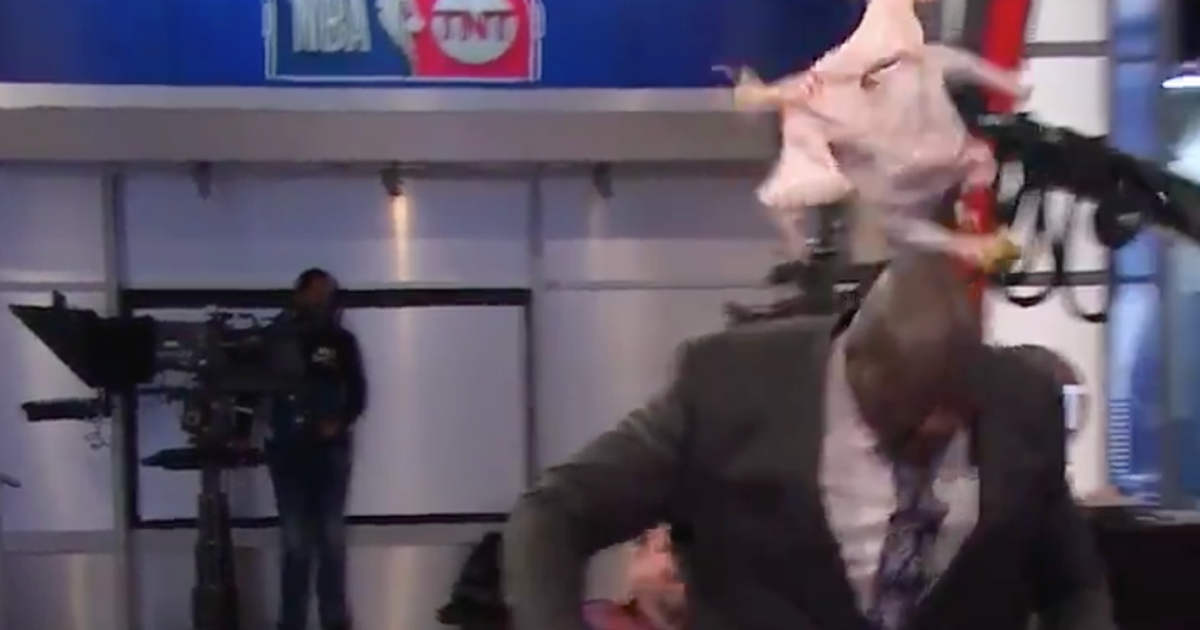 Out of all the celebrities, Shaq may be the most willing to put himself into ridiculous situations for sweet, sweet content.

The very tall and bald former basketball superstar took a hit on “NBA on TNT” on Thursday, and by hit we mean someone threw a raw turkey at his head.

Either giblets or stuffing flew out of the bird when contact was made, though we would like to use this opportunity to remind everyone to never stuff their turkey with stuffing. That’s just gross.

Some people were amused, others criticized the network for wasting a good turkey.