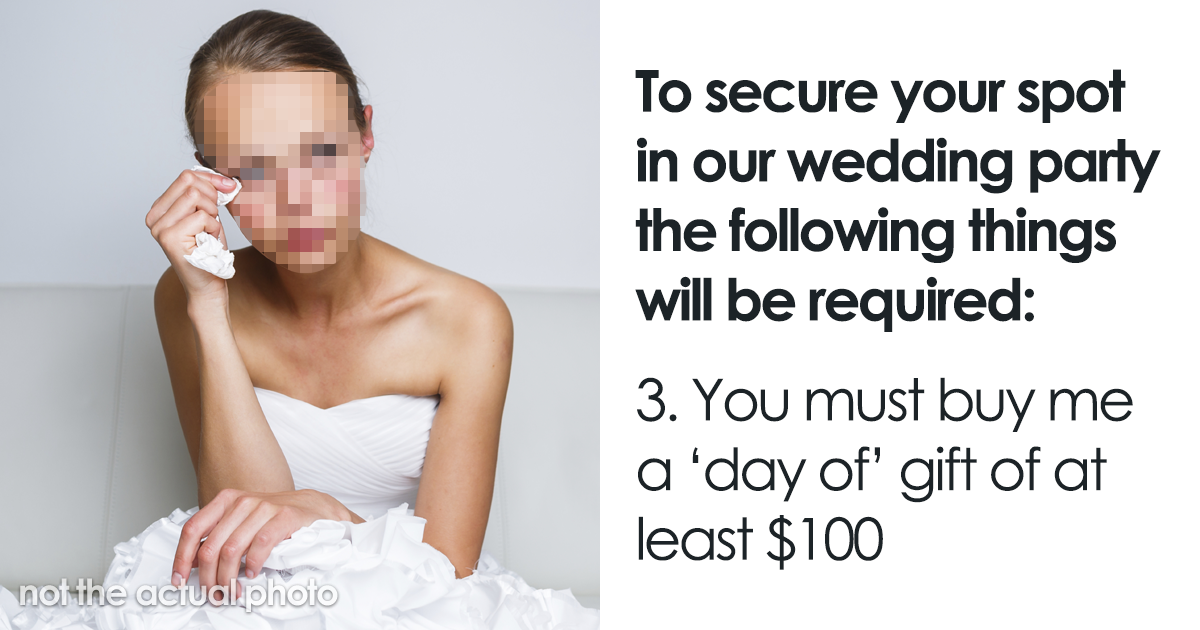 I don’t know what it is about weddings, but they can really bring out the worst in people. Yeah, we get it, it’s a big day for you. But what makes you think that your family and friends are willing to sacrifice huge amounts of time and money to meet your exacting demands?

Following on from this bizarre list of expectations, and this bride who expected guests to foot the bill for her ‘blow out’ wedding, we have a new queen of the bridezillas. Shared in the JUSTNOFAMILY subreddit by user Suicides_and_sundaes, this tale of her sister’s delusional entitlement is jaw-dropping in its audacity.

The bridezilla graciously opened up her bridal party to a ‘brawl,’ obviously anticipating a fight to the death for the ‘honor’ of being invited. Not only that but the rules for this brawl are astonishingly strict. She shared a list of demands to be met that even extends to a legally binding contract, guaranteeing that this greedy bride gets all the cash she wants out of everyone.

I don’t know about you, but if I received something like this from anyone I would swiftly tell them to stick it where the sun doesn’t shine. Weddings are supposed to be a celebration of love, a joyful gathering of the people nearest and dearest to you, not a competition or a cash cow to be milked. Scroll down to see this latest incarnation of the bridezilla from hell, and let us know what you think in the comments! (Facebook cover image: shutterstock / Dejan Dundjerski)


This reddit user recently shared a ‘bridezilla’ story, about her sister who isn’t even engaged yet

These are the requirements to be in the bridal party

People were shocked by the demands and quickly raised some questions, so OP further explained the situation