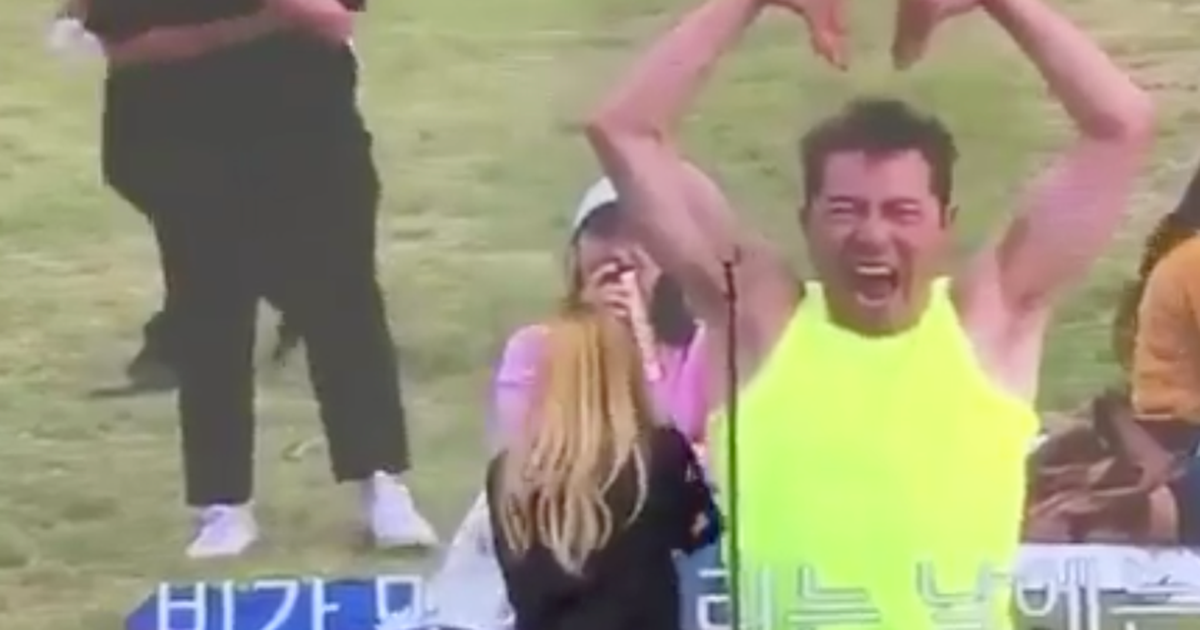 As a professional musician, you see all sorts of people expressing themselves at your shows. But nothing could prepare K-Pop singer Heize for this man’s interpretive dancing.

During a recent performance, Heize had a huge screen behind her so that people in the nosebleed section could still see the performance. Well, the camera operator noticed a man in a neon green shirt with some impressive moves, so they decided to put him on the screen for a few moments.

The crowd reacts, so Heize turns around. For a brief moment she holds it together, but she inevitably loses her composure and the crowd erupts with glee.

lmaoo this guy on the screen dancing to heize's performance is so relatable pic.twitter.com/N4XdsPCVk0

Here’s another angle of the whole thing.

You do you, dancing man.