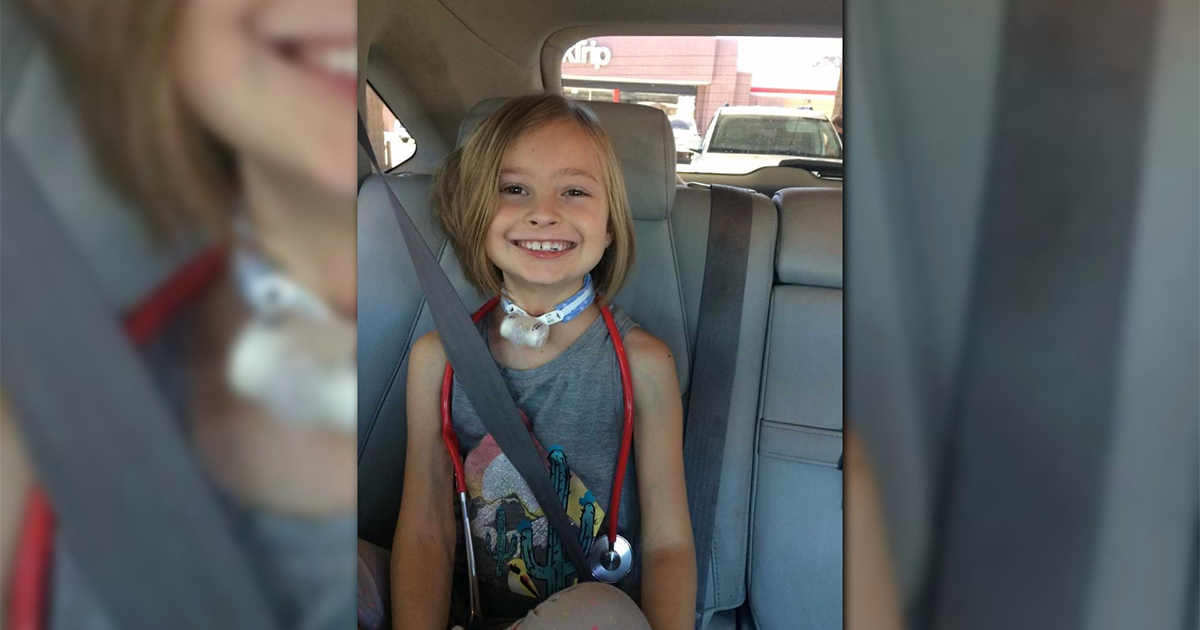 When 7-year-old Lark Lorenz was born, she had with a pulmonary artery sling, complete tracheal rings and a host of airway anomalies.

According to emedicine.com, this is a rare defect which can be obstructive to the left and right lungs, or both.

Lark’s diagnosis, according to her mother Holly Lorenz, was made when she was just 6 months old. Lark has been breathing through a tracheostomy tube ever since.

Now, seven years later, she has spent her entire childhood in and out of the hospital, including the holidays.

Lark’s favorite holiday is Halloween. Holly says her daughter celebrates for the entire month of October.

“Halloween has fallen during a long hospital stay three times in her life and two Thanksgivings,” said Holly in an email. “So far, we have avoided Christmas in the hospital, but this year will not be the case.”

Her daughter will be having major surgery on Dec. 14, which consists of a pulmonary reconstruction and broncho tracheoplasty.


Lark’s mother says her recovery will take about two to three weeks and she will mainly stay within a patient premises.

Lark will be away from all her friends and family during that time so her only desire ahead of the surgery is to have a huge Halloween party.

This is the first time the family has thrown a party for Lark and they hope it will be the best party ever for their little girl.

The family is asking for the public’s help with some donations to make Lark’s dream come true: