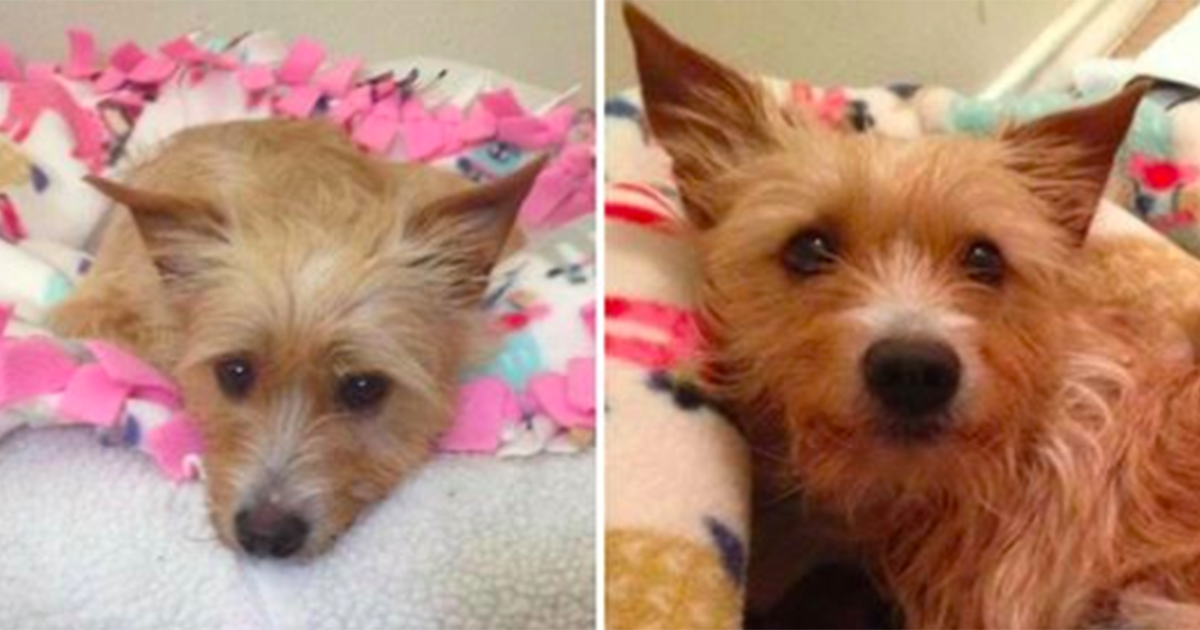 While there are some who wrongfully assume that animals are not capable of feeling grief, those who know better are well aware of the fact that death can hit our four legged friends just as hard as anyone else. We’ve all heard stories in the past about cats and dogs who lose a good friend and become totally inconsolable as a result of their tragic loss.

This story about a sweet mother who recently experienced a terrible loss will definitely warm your heart. She delivered three puppies and when two of them passed away, it hit her very hard. Her heart was broken and she no longer wanted to eat. Life would soon provide her with a second chance and offer her the ability to overcome this extremely difficult period of her motherhood.

Our sweet Blossom delivered her early summer bouquet yesterday. Presenting Bluebell, Begonia, and Buttercup. Mama Blossom and her three girls are all doing well so far🌺💐

Blossom is her name and she has certainly had a very rough go of things up until now. She is three years old and when her family gave her up to a shelter known as Westie & Scottie Rescue Houston, she was examined by staff members who found heart worms. Since she was also pregnant at the time, proper treatment could not be provided until she had already had her babies.

Buttercup, Begonia and Bluebell were born and while their births were relatively uneventful, Begonia and Bluebell were not long for this world. Both animals contracted the same infection while they were in utero and Blossom was absolutely devastated. Her demeanor became very frantic and her foster mother was worried that she would sink into a deeper state of depression.

How do you heal a broken heart? By reaching out and helping someone who needs you. Blossom has been frantic this week…

But when this mother heard about a litter of puppies that was cruelly tossed out of a vehicle and in need of a mother, it was obvious what needed to happen next. Blossom stepped into the role of their mother with grace and aplomb, cleaning and feeding the animals with the sort of motherly instincts that simply cannot be taught.

The new puppies are now referred to as the garden of Blossom and while the experience that she suffered through was a tragic one, she has been able to pick herself up and dust herself off. Once the puppies have finished weaning, they will be placed up for adoption and Blossom will also have the chance to find a forever home once her heart worm treatments have been completed. Please share this story to spread awareness about this awesome mommy!