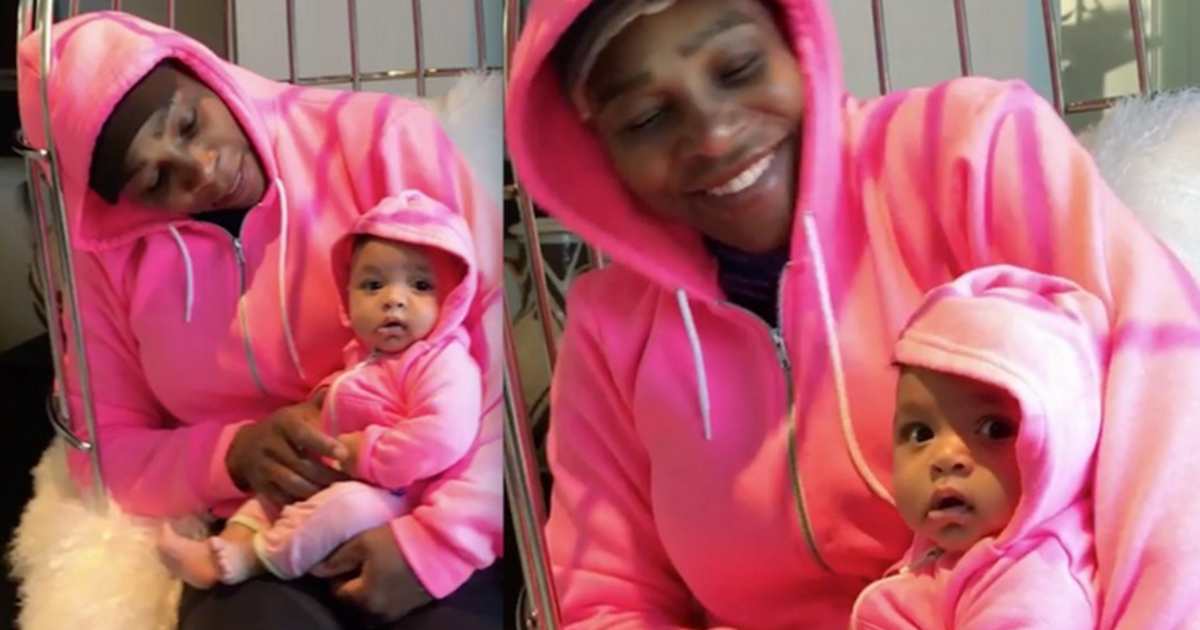 Professional tennis player, businesswoman, and UNICEF goodwill ambassador Serena Williams can now add being a mother to her impressive list… and also “survivor.”

Williams, who re-teamed with her sister Venus for the United States in the Fed Cup, said her pregnancy was, for the most part, without complications.

It wasn’t until the baby’s heart rate dropped significantly during contractions, requiring an emergency C-section.

The surgery went smoothly. Before I knew it, Olympia was in my arms. It was the most amazing feeling I’ve ever experienced in my life. But what followed just 24 hours after giving birth were six days of uncertainty.

Williams suffers from a family history of pulmonary embolism, a condition in which the blockage of a major blood vessel in the lungs is caused by blood clots. When she found it suddenly difficult to breath after delivering Olympia, she quickly alerted nurses.

Just how I look at her

What followed was a harrowing account of a number of close calls.

This sparked a slew of health complications that I am lucky to have survived. First my C-section wound popped open due to the intense coughing I endured as a result of the embolism. I returned to surgery, where the doctors found a large hematoma, a swelling of clotted blood, in my abdomen. And then I returned to the operating room for a procedure that prevents clots from traveling to my lungs. When I finally made it home to my family, I had to spend the first six weeks of motherhood in bed.

Williams considered herself extremely lucky and praised her medical staff who saved her life.

Unfortunately, not everyone has access to the kind of medical attention that she was able to get. She said there are thousands of women around the world who struggle with proper health care.


According to the Centers for Disease Control and Prevention, black women in the United States are over three times more likely to die from pregnancy or childbirth-related causes.

According to the United Nations Children’s Fund, 2.6 billion newborns die, and 80% of them are from preventable causes.

As an example, Williams shared UNICEF’s documented story of Mary James from Malawi, who made an exhausting trek on foot all the way to a health facility to give birth. After delivering the baby once she made it to the facility, the newborn died the next day due to a lack of doctors and nurses to save him.

Been 2 Malawi 2 volunteer w @MalawianMothers many times & witnessed this. We care 4orphans/women who have experienced traumatic births. Thanks 4 your generous time In bringing attention 2this. If u want to visit Malawi we would love 2 have you. pic.twitter.com/qHFLtH1eyb

Williams said possible solutions are available through working with UNICEF because every mother, regardless of background, is deserving of a healthy pregnancy and birth.

She urged people to reach out to the New York-headquartered program and to other charities to help mothers and babies in need.

Her story of survival on CNN served as an inspiration.

Thank you for using your harrowing experience in service to other women less fortunate than yourself. You are a champion in so many ways!

Thank you so much for the support. This is a very important cause. Need everyone's focus. Not difficult to achieve.

Others shared their heartbreaking stories.

She was a young mother and couldn’t afford much prenatal care. I stayed in hospital for almost a month till I was strong enough to come home. My brother died from cancer at age 8. @alexisohanian

My granddaughter suffered a Placental Abruption after a c-section She was in ICU for five days. I still get emotional talking about it.

Maternal mortality should be a non-existent issue in the 21st century. Sad that women and children pay the price of lack of health care. https://t.co/B5K9kJrSLy

The 23-time Grand Slam winner was back in the game earlier this month, and little Olympia was there to cheer on her mother.

ACE! @serenawilliams is back in action on the tennis court after giving birth, and her daughter was in the stands to cheer her on! pic.twitter.com/gPODTN9ssM

She is adorable @serenawilliams ❤❤

She’s a champion in so many ways.

As an avid Serena fan I so look forward to her return to the tennis court to be a dominant tennis player once again, but if she does not I know it is because of her need to be a dominant force and fighter for women and the under privileged. @serenawilliams https://t.co/sIpMQPQwgC

You are a strong and brave woman Serena. Your child is a blessing. Your story is both inspirational and terrifying to read. Being an advocate, and raising awareness for others, through UNICEF is really commendable.