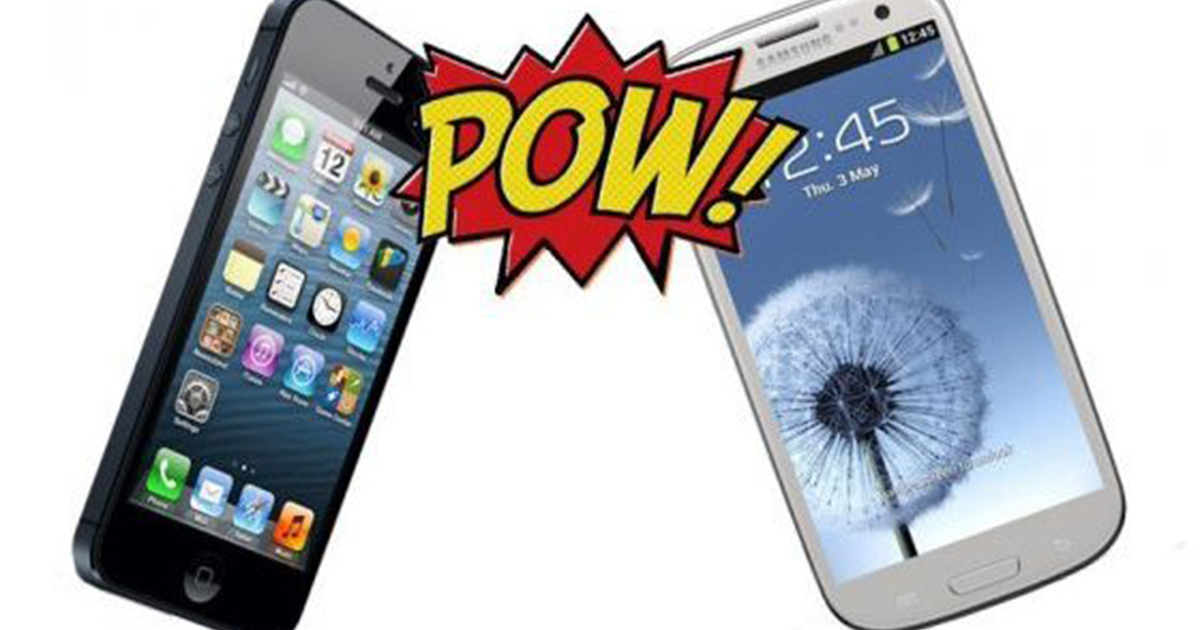 Some Apple junkies aren’t taking a new commercial by Samsung very well at all.  The advertisement makes fun of not only the iPhone but those who are loyal Apple customers too.

Samsung and Apple have always been at odds, and the Korean giant has historically pulled no punches when it comes to mocking its adversary.  Now though, the company has gone “no holds barred” as they poke fun at those who spent their money on the iPhone X.

The infamous ad shows a protagonist who is an avid Apple fan. We see images of Apple’s famous long queues outside its stores, an old-fashioned unboxing, and even a long wait in the rain. As the years go by, the iPhone-loving man is inadvertently taunted by his girlfriend, who is seen using a variety of Galaxy smartphones in just the right situations where it would have been more useful than an Apple smartphone. While he’s typing a phone number, for instance, she whips out her S Pen to comfortably handwrite it. They then both fall in a pond — her Galaxy S7 is safe, while his iPhone 6S can only pray that a bowl of rice will do the trick. –Business Insider

The commercial is actually quite good, for all intents and purposes.  It basically shows all the stereotypes of a typical iPhone user, and not in an offensive way. At the end of the commercial, called “Growing Up,” the protagonist, seemingly fed up with Apple’s problems, gifts himself a brand-new Galaxy Note 8. The gist of it is a common argument laid out by Android users: that Apple adopts every feature long after Samsung. Whether that is waterproofing, camera quality, wireless charging, a larger screen, etc.

It’s been some time since Samsung mocked Apple with this ferocity over the inferiority of the iPhone because the exploding Note 7 set that argument back a fair amount. But the gloves are off once again with this new video released right after last week’s iPhone X launch.

If you know someone who has stood in those crazy long lines just to spend hundreds of dollars to get the newest iPhone, you may get a little smile out of this commercial.  Heck, if you’ve stood in one of those lines, who knows, maybe you can relate. Of course, whether or not you bought the new iPhone may dictate what degree of humor you see in the ad.

This content may be freely reproduced in full or in part in digital form with full attribution to the author and a link to www.TheDailySheeple.com.