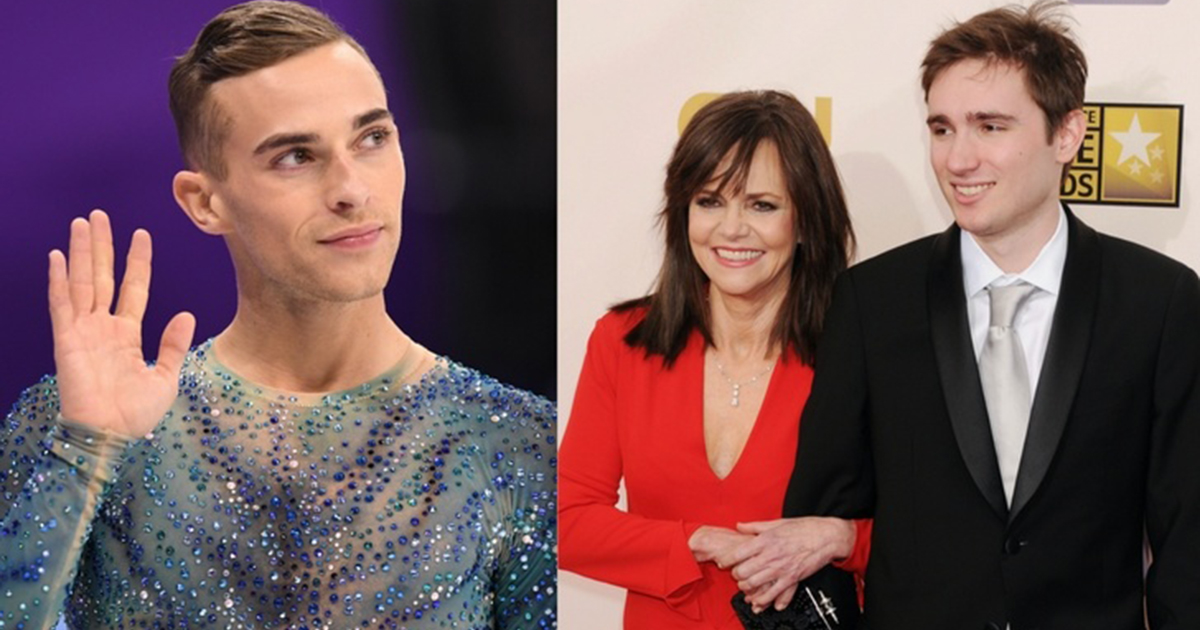 Sally Field’s son, director and writer Sam Greisman, has a crush of Olympic proportions. So when he sought some advice from his mom after revealing that the object of his affection was American figure skater Adam Rippon, the Oscar-winning actress was all for it.

“Sam…he’s insanely pretty. Find a way,” she wrote in a text that Greisman later screenshot and posted on Twitter by blurring the identity of his crush.

“Just some really helpful advice from my mom on how to deal with my Olympic crush,” wrote the Hollywood scion – who’s quite toothsome, himself.

Just some really helpful advice from my mom on how to deal with my Olympic crush. pic.twitter.com/shYCXwNOMf

But the affable actress isn’t one to rest on her laurels, especially when it comes to her son’s happiness.

Moments after she offered her sage advice to act on his impulses, Field took it upon herself to reach out to the Olympic bronze medalist and forward him her private text messages.

Now that the word was out, all Greisman could do was let the universe do what it will with the information. “Yikes,” he said.

People lauded Field’s gusto. This user wished his own mother was as actively engaged with his own love life.

Honestly, your mom is goals 😭😭 I wish my mom was as accepting and encouraging as yours

Modesty is for the birds. Grab that brass ring. Gather ye rosebuds, etc.

Oh hon. You deserve that. If you want, I'll be happy and PROUD to social-media-adopt you and play matchmaker and support you the way you should be.

Something has begun as a result of Field’s matchmaking prowess.

We should create a volunteer adoption agency. These awesome young people can adopt *us* as stand-in moms to support them and send them chicken soup and play Sally Field MatchMaker for them. (But in a non-creepy, boundary-respecting kinda way.)

You are both so sweet, that would be a fantastic idea for young people like myself around the country that need a proper emotional support system for who they are. The matchmaking idea is an adorable idea too xx

I agree with her. Find a way! And then document the whole thing so we can watch. ✍️⛸️✈️ Go now! pic.twitter.com/cFGs7oabEY

I can hear the reality show ad now: “He’s the son of the flying nun…and he’s the skater that performed like a bird with a broken wing. Watch love triple axel into your heart w/ @Adaripp & @SAMGREIS. No #quads about it! This season on @VH1 #figureskateing

The openly gay athlete is a vocal critic of the current administration and said prior to his arrival at the Winter Olympics that he would pass on the Team U.S.A. trip to visit the White House and have words with vice president Mike Pence, “The same Mike Pence who funded gay conversion therapy.”

After winning the bronze in the team skate competition, NBC offered Rippon to stay in PyeongChang for the remainder of the games as a correspondent.

The 28-year-old athlete is high in demand. Will he respond to Field’s invitation of a meet and greet with her smitten son?

I am so for this, @sally_field is the supportive mom we all need right now! @Adaripp, I say this is worth an exploratory cup of coffee or meal! I can't wait to see what happens… pic.twitter.com/l9qBjQm49x

Please update us ALL if this works out, as it would be HUGE

And the world waits.