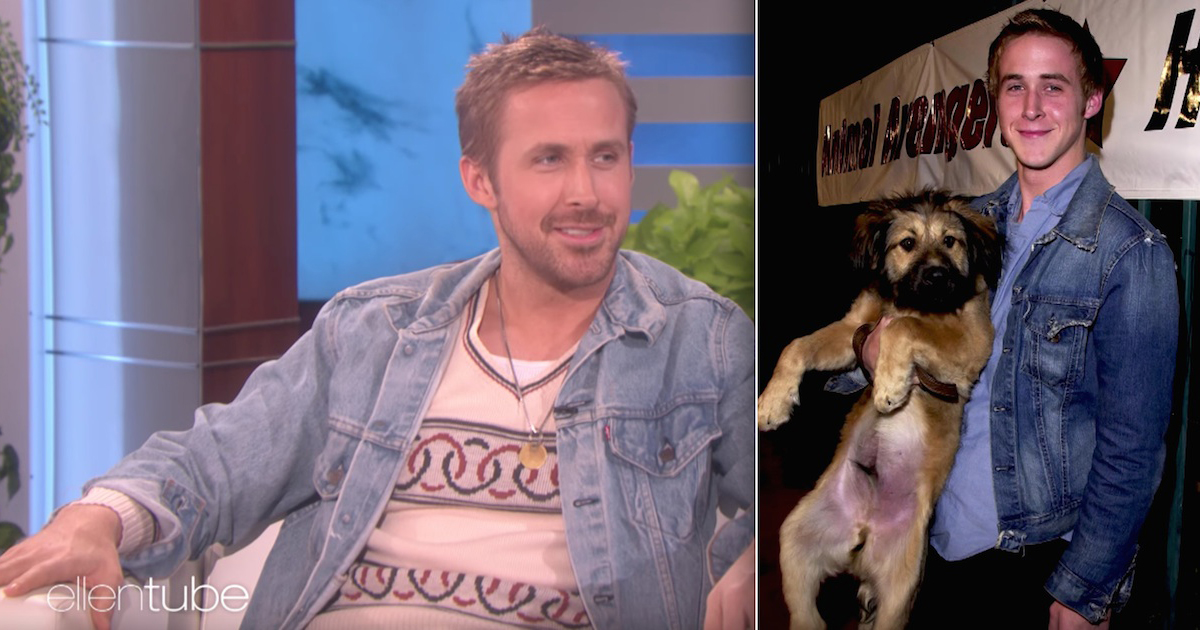 Actor Ryan Gosling recently appeared on Ellen DeGeneres and shared a touching tribute to his beloved dog, George. The actor had George for 17 years and wears George’s tags around his neck to remember him by.

He reminisced with Ellen that George was with him for almost every film he’s made and shared a story of George and his very “human-like” attitude.

According to Ryan, “I think he felt like being a dog was beneath him” but that the dog was “a good friend to me”.

Watch his adorable tribute in the clip below and share it with your friends.