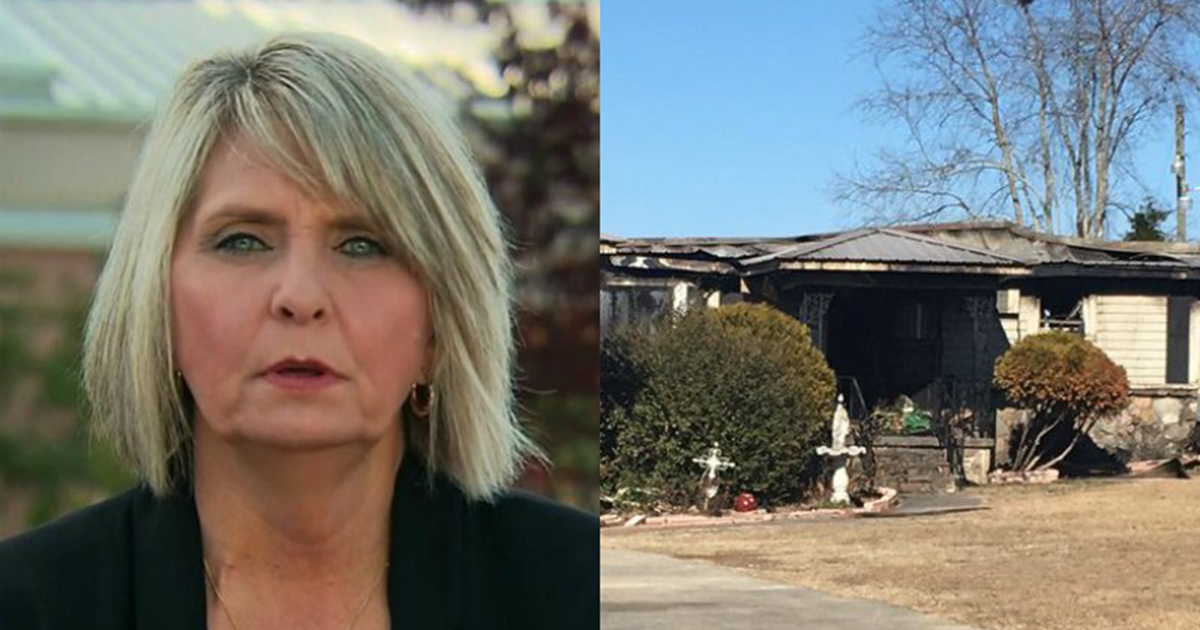 The home of Tina Johnson, one of the women who accused former Alabama Senate candidate Roy Moore of inappropriate sexual contact, has been burned down in a suspected arson.

As AL.com reported, the Tuesday morning fire that burned almost all of Johnson’s home in Gadsden, Alabama is under investigation by the Etowah County Arson Task Force.

Though all their belongings were destroyed in the fire, Johnson, her husband and their grandson that lives with them were all out of the house when the fire was set.

“I am devastated, just devastated,” Johnson said. “We have just the clothes on our backs.”

Johnson and her neighbors suspect “a young man who had a history of public intoxication” because he was seen walking around the house before the fire. He asked one of the neighbors if she “thought Johnson’s house was going to burn,” but the neighbor in question didn’t understand because flames were not yet visible.

Investigators said they have a “suspect of interest,” but have not released any more details to Johnson or the media.

Johnson and her family are living in a motel while their friends and neighbors help them recover from the blaze.

You can view photos of the damage to her home below.

Etowah County investigators: person of interest found in apparent arson of Tina Johnson's home; they do not believe it is related to her allegations of sexual misconduct against Roy Moore #WBRC pic.twitter.com/QVxFAAHml9

The Gadsden home of Tina Johnson, a Roy Moore accuser, has burned down; an arson investigation is underway https://t.co/326rjpIvmC pic.twitter.com/3lNColsEh3