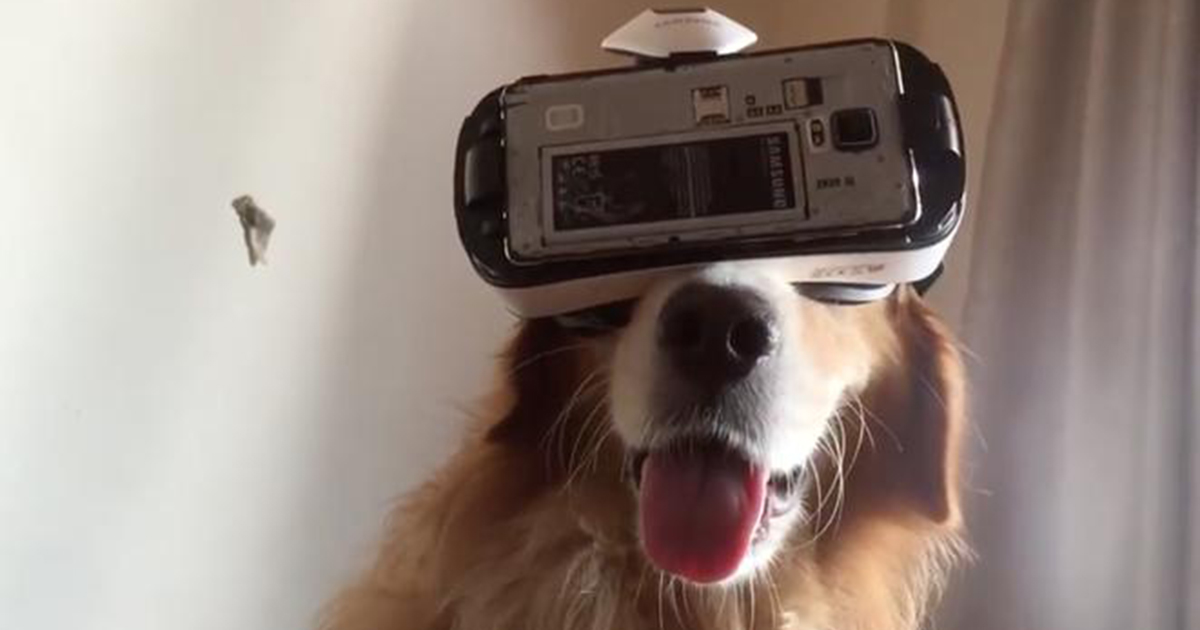 The owner of a Golden Retriever placed a virtual reality headset on his pup who was captured reacting in drool over the three minute simulation.

In video footage posted to YouTube by a user who goes by ‘CamShaftOriginal’, the man said he gave his dog, Max, his first-ever reality gaming experience.

Max immediately appeared captivated after the headsets were activated, as he stood still and watched as the special effects began to play.

While it’s unclear where the video was filmed and what type of content the pup had been viewing – a dominant male voice can be heard narrating throughout the event. 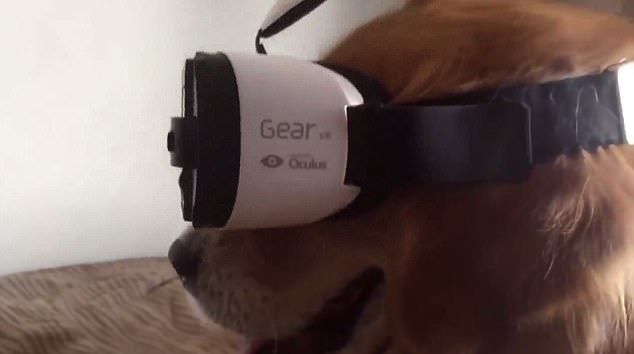 What do you see boy? A Golden Retriever named Max had his first-ever virtual reality experience. 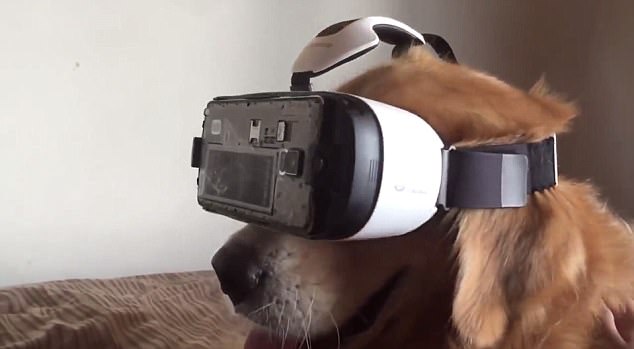 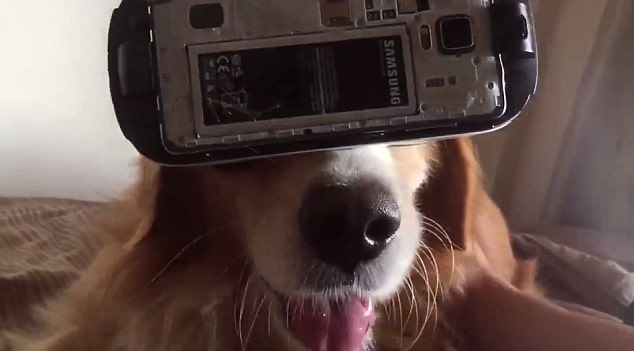 The dog was shown drooling throughout the video as he watched the special effects.

The sweet dog seemed mostly pleased, while at one point, he was shown squirming as if he were frightened.

Users on YouTube reacted to the video this week, as one said in the comment section: ‘This is so cute. My dog would not be calm. Mine would be crazy. That’s because my dog gets hyper.’

While one infuriated user reacted a bit differently: ‘This is animal abuse you f***tard.’