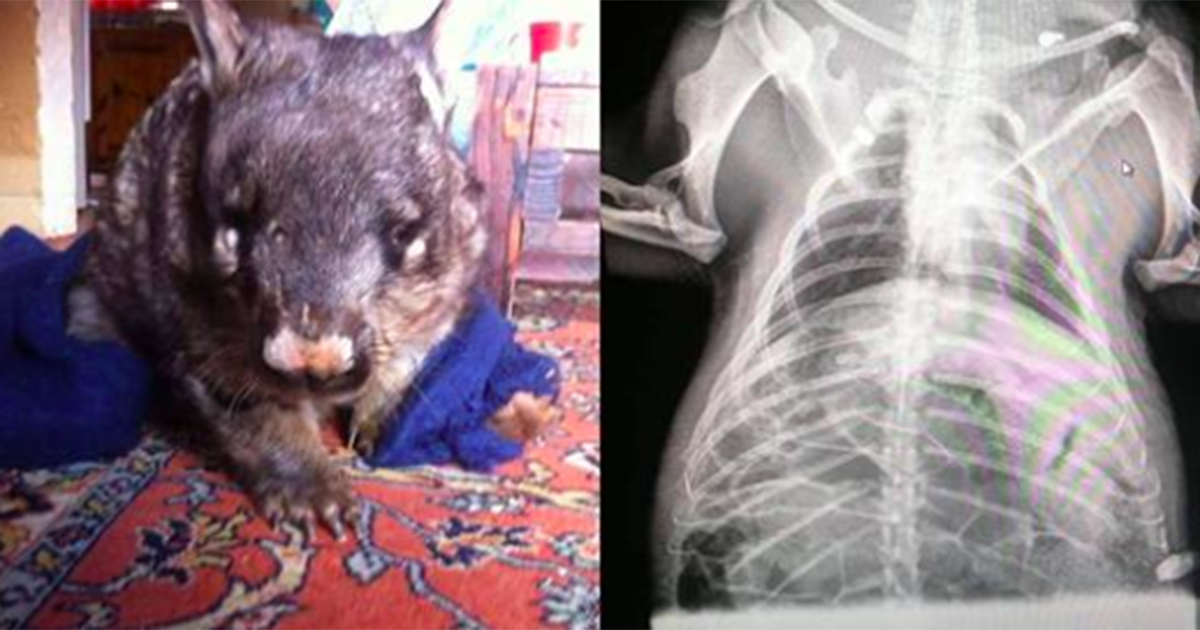 This story takes place in Australia, where one poor wombat was dragging itself along the road and was in very dire straits. Fortunately, the right person came along at the right moment.

Brigitte Stevens just so happens to be the founder of an organization that cares for wombats that are in need of help. Thanks to her work with the Wombat Awareness Organization, she recognized that the wombat was not going to survive for very long without her help. Brigitte snagged the animal with her jumper and set about the task of assisting him with his recovery. 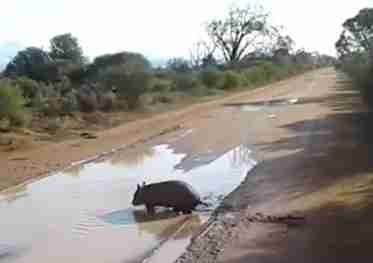 The wombat is known for digging itself a hole in the ground, where they have the ability to remain safe from the elements, as well as predators. These homes are where the wombat lives and mates and without the assistance of good people who care about them, these animals would quickly lose a significant portion of their overall population in the nation of Australia.

One Good Samaritan found that one rude soul had decided to plug all of the holes that the wombats were using on one large piece of land. This is one of the worst wombat culls that has ever been seen in the country and while there are some who believe wombats to be pests, they are not supposed to be killed in such an inhumane manner and there are certain protocol that need to be followed. 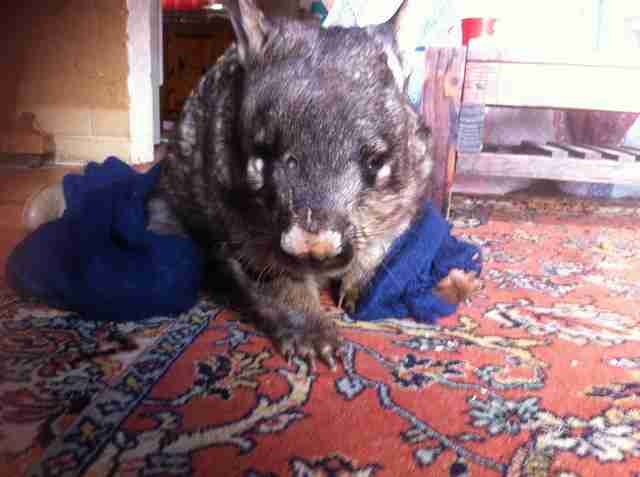 There is also a killing quota that needs to be adhered to. The wombat that Brigitte found was one of the animals who had been flushed out by this attempt to kill off a large swath of the population at once. He has since been renamed Bear and been given the care that he needs. The poor animal even had two bullets lodged inside of his chest cavity as a result of this unprovoked attack.

Brigitte continues to do everything in her power to assist the injured wombat and her efforts deserve a great deal of recognition. If you would like to assist Bear in his recuperation efforts, then we urge you to make a much needed donation to the Wombat Awareness Organization. There is also a petition that can be signed that will implore the Australian government to search for more injured wombats.

I am really struggling with what to write as I am just so dissappointed. Today I watched DEWNR staff dig up just a few wombat bodies with a shovel and before they had finished inspecting all of the burrows, declare there is no evidence of them being buried alive so no freeing of the burrows 😕 As every burrow on the property has been bulldozed he has killed every single wombat on the property. Should the property owner not be held accountable for every single death? The only way to establish the numbers he has slaughtered is to reopen the burrows and remove the babies that have passed and monitor the wombats still alive for further prosecutions of cruelty but that is too hard for a lazy Government 😕The only magic moment from this was me catching this darling. He was struggling to move and going directly towards where his home was no more. I caught him in my jumper and swept him to safety ❤ He was taken to our vet and he has lost his right eye and full body x-ray's showed he has two bullets lodged in his chest. He is in a bad way but trying his hardest 💔 We have named him Bear ❤I am going to tend to him tonight but I am sending love and gratitude to every single one of you that sparked action. May tomorrow bring conscience to the world and freedom to our trapped wombats ♡For those that have missed the link to the news tonight, here it is xx https://www.facebook.com/7NewsAdelaide/videos/1661493680547947/?hc_ref=ARQk8RJFVvtsB_P2ARgY4jqECuYQLaUf1d31lA54Hv3PDqrhHKUCdeTY811Y3KNoGUgLove Brigitte

The post Rescuers Find Weak Wombat, But X-Rays Reveal Something Terrible Inside His Body appeared first on Goodfullness.