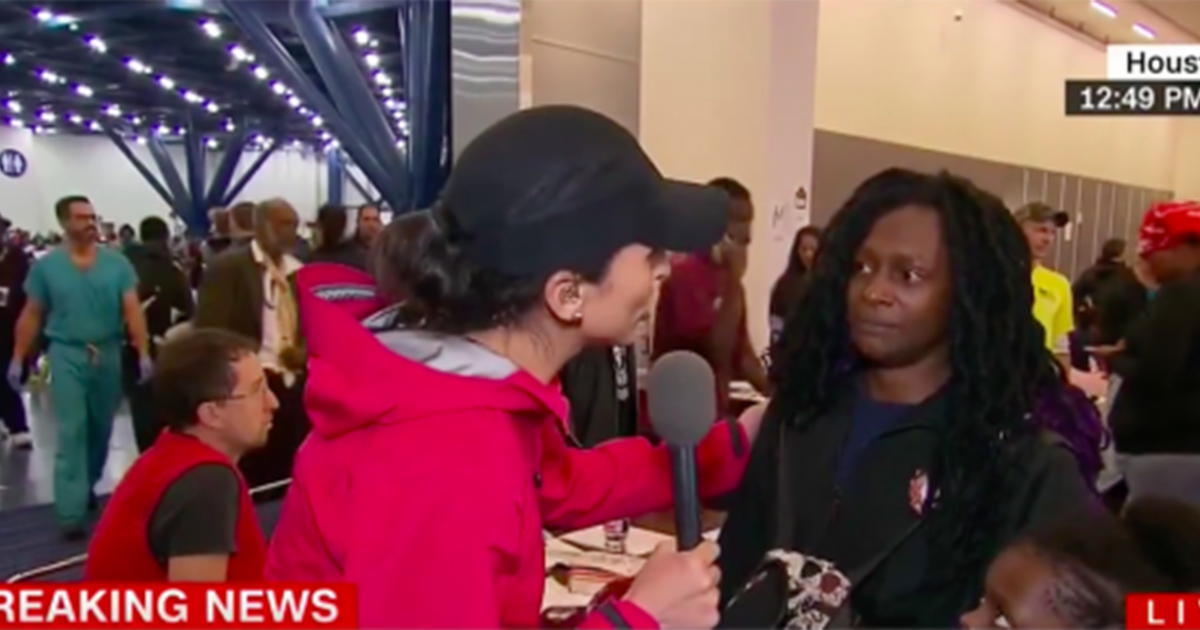 A woman who was rescued from Hurricane Harvey after 36 hours went off on CNN for trying to interview her on camera while she was with her children.

The mother began the interview by explaining how long she had to wait to be rescued, but was becoming visibly upset and anxious by having to share her story to the CNN correspondent.

The CNN correspondent continued to ask questions and touch the mother’s arm as she and her daughter were crying.

“We walked through four feet of water to get food on the first day,” the mother said, clearly annoyed at this point. “Yeah, that’s a lot of shit.”

“But y’all sit here, y’all trying to interview people during their worst times — like that’s not the smartest thing to do. Like people are really breaking down and y’all sitting here with cameras and microphones trying to ask us what the fuck is wrong with us,” she continued.

CNN cut back to Jim Acosta, who awkwardly said they would go back to the correspondent later because of the “upset family.”

Contributed by Amber Athey of The Daily Caller News Foundation.