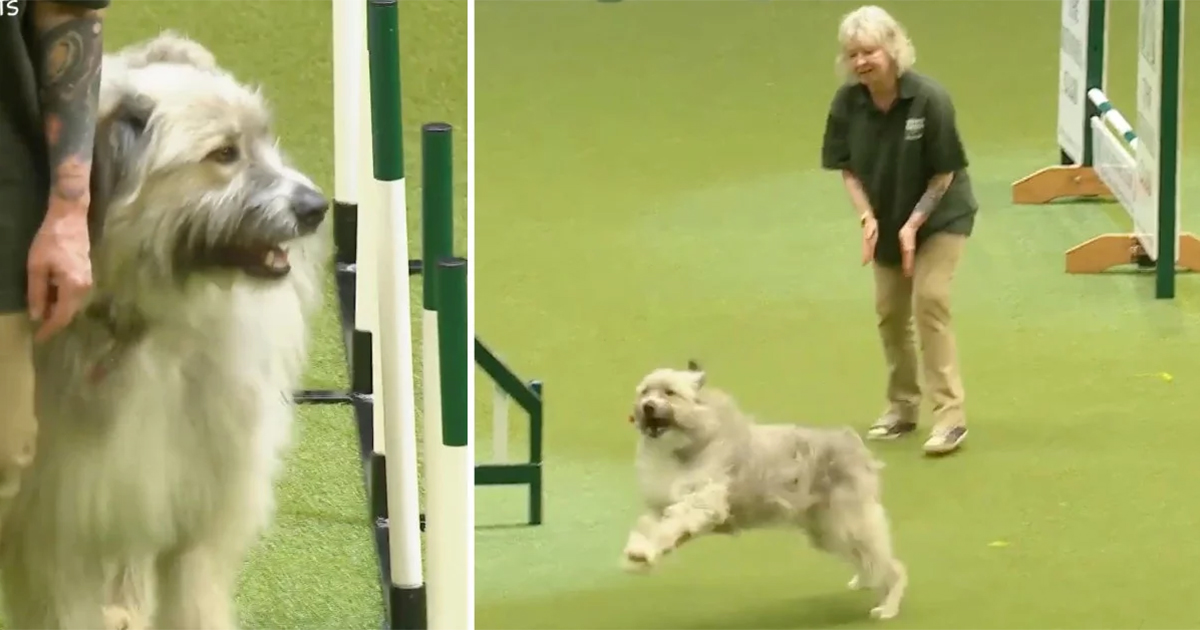 Kratu may not be the sharpest dog around, but he certainly gets an A for effort.

Crufts, the infamous dog show, aims to showcase the smartest, cutest and nimblest pups around, but it was an outsider that stole the show in this year’s event. Rescue dog Baron Kratu von Bearbum (Kratu for short) bumbled his way around the agility course, capturing everybody’s hearts in the process.

The big, playful dog bounded over the hurdles, ran through the tunnel and hastily avoided the weave, making a quick stop to sniff at some of the spectators. While his performance may not have been winning material, he appeared to be having the time of his life and the whole audience instantly fell in love.

Kratu was saved from abusive owners four years ago, and was adopted by his new owner, Tessa Eagle Swan. Tessa set out to make sure that loveable Kratu would have the happy life he deserved.

Kratu is a trained service dog and an ambassador advocating for rescue pups at local dog shows. Although he gets a bit too excited when it’s time to show off his skills…

Nevertheless, regardless of his Crufts performance, the charming pup still managed to make a statement. You don’t have to be a pedigree or a pure-breed to be special; it’s all about the joy you spread by just being you.


Watch Kratu’s hilarious Crufts performance and prepare for a good laugh! We love to hear your thoughts at Happiest, so if Kratu managed to make you smile, be sure to share the story with your friends. Let us know what you thought of Kratu by leaving your comments in the section below.

Krazy Kratu Kreates his own Kourse

How did he turn around in that?! 😳😳Kratu makes his own way round the agility course at Crufts 2018