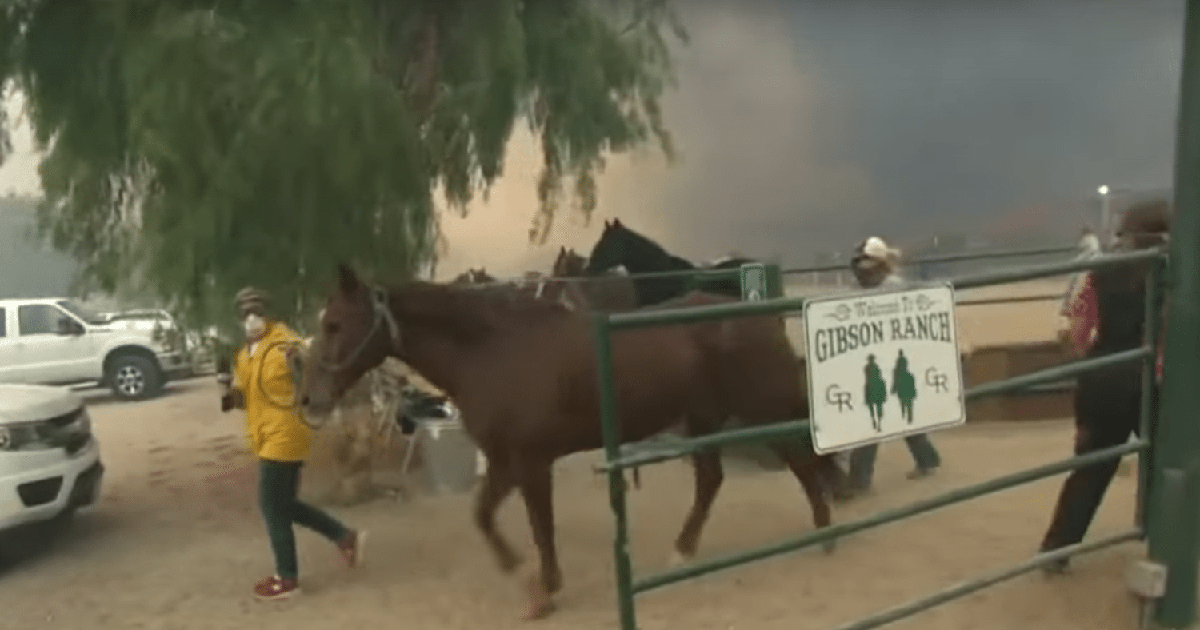 Firefighters in Southern California are currently battling four different large wildfires, which have burned hundreds of thousands of acres throughout the state. As the Los Angeles Times reports, the fires are fast-spreading as a result of gusty winds feeding the blaze.

While covering a wildfire in Sunland, Calif., reporter Kristine Lazar from CBS2/KCAL 9 found herself in a perilous situation, but rose to the occasion and helped save lives. While reporting from Gibson Ranch, a family-owned horse boarding and equine event facility, flames began the engulf the animals’ shelter. Firefighters were not yet on the scene, so Lazar and her cameraman, Marvin Stone, joined volunteers to evacuate the horses to safety.

Watch the dramatic clip below:

Towards the beginning of the segment, Lazar admitted that the thick smoke made it difficult for her to talk or even keep her eyes open. “It’s a tense situation. People are very frantic,” she said.

As the situation worsened, Lazar called out to the volunteers to ask if they can help, and they are summoned to aid in leading the horses to safety. At one point, Stone even put his camera down to join the effort. They were able to help rescue dozen of horses.

Later, Lazar picked up her broadcast from the scene, saying that she had “enough excitement for the rest of the year.” Watch her talk about the experience in the clip below:

Volunteers also threw buckets of water on the flames to put out the fire.


Lazar explained she is a city girl who has “never even ridden a horse,” but felt drawn to help. While the horses were saved, most of the barns and stables were destroyed by the blaze.

People on Twitter were grateful to Lazar and her crew for their heroic efforts:

Thank you Kristine and crew for stepping in to lead the horses out of harms way.

@cbsla @patharveynews The tragedy of wildfires aside, this story was extremely heartwarming! #GoodSamaritans

Incredible footage! My heart was in my throat! Thank you & your cameraman for jumping in to save the horses! ❤️

We’re so glad these brave souls were there to rescue our equine friends!