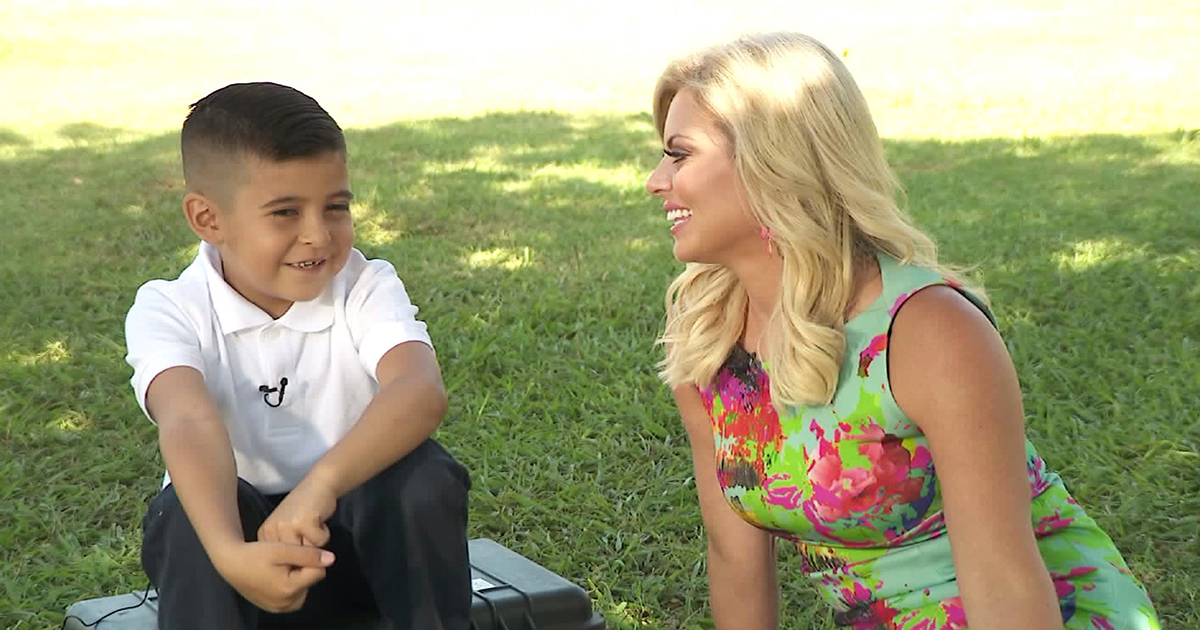 Two years after their interaction went viral, a shy El Sereno boy and the KTLA reporter whose back-to-school questions made him cry have been reunited.

Andrew Macias, now 6, became a true internet sensation when he was asked by reporter Courtney Friel if he would miss his mother on his first day of preschool at City Terrace Elementary School in East Los Angeles.

He initially said no, then paused, put his hands to his face and began, adorably, to cry. Friel, who has a son the same age, laughed. For asking the question, she was excoriated by some viewers.

Andrew’s mother Patricia Macias, however, was just out of frame during the 2015 interview. She quickly gave her son a hug.

“I’m like, ‘Oh, just an interview, nothing is going to happen. And then suddenly, an hour, two hours after – ‘Oh, he’s famous now. He went viral,’” Patricia Macias said last week.


Andrew was invited onto “Tosh.0” and became the subject of countless memes. Recently, the footage appeared in an eBay commercial.

People have recognized Andrew on the street and even on a flight to Mexico, asking for photos with him, Macias said.

Now Andrew says he doesn’t remember why he started crying during that first day of school in 2015.

He goes back to class on Tuesday, when he starts first grade.