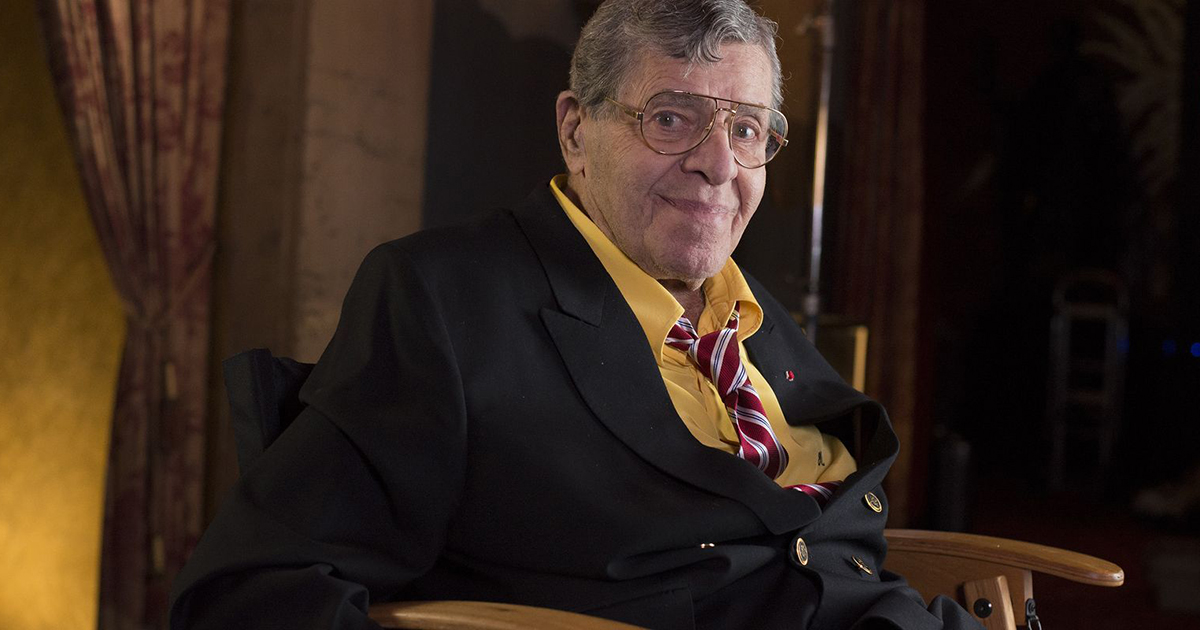 Jerry Lewis, the giant of American comedy who got his professional start in New Jersey, has died at the age of 91, according to a report in the Las Vegas Review-Journal.

Lewis — alternately known as a comedic genius, tireless philanthropist and politically incorrect goofball — was born Joseph Levitch in Newark and grew up in Irvington. Career-wise, a couple of stops along Route 9 in New Jersey were critical to making him a comedy legend.

His first public professional performance was at the former Hotel Arthur in Lakewood, according to entertainment historian and performer Ron MacCloskey of Edison.

“His dad was a singer, and his dad brought Jerry along,” said MacCloskey previously to the Asbury Park Press. “Jerry did a record act.”

“Record acts” were hotel lounge performers who would lip sync along to the latest hit record of the day. There’s nothing like it today — not unless you count the numerous performers who sing along to recorded tracks at their concerts.

Lewis also performed in the Catskill Mountains in New York and eventually in Atlantic City, where he debuted with singer Dean Martin at the 500 Club in July 1946.

“It was post-war America, and they were young, fresh, and a lot of people considered then sexy,” MacCloskey said. “They were two good-looking guys, and they had this chemistry.”

They exploded on the cultural landscape with Martin as the suave crooner who reacted to the rubber-faced Lewis’ kinetic and zany antics. The typical Lewis character is the lovable, yet sometimes mischievous, naif — trodden upon yet ever resilient and eternally optimistic.

“They were as big, they were as famous as Frank Sinatra, Elvis Presley and the Beatles,” MacCloskey said.

And when they split in 1956 after 10 years and 17 movies together, it was a shocker. Lewis continued as a solo act and succeeded in classics such as “The Bellboy” and “The Nutty Professor.”


Lewis often portrayed clueless characters on screen, but behind the camera, he’s anything but. He wrote and directed many of his hits and developed a method of filmmaking in the early ‘60s called “video assist,” which has become standard in the industry. In video assist, a crew could shoot a scene simultaneously with film and video so they could instantly review their work via the video.

In recent years,  Lewis’ profile was high. He directed a musical version of “The Nutty Professor” in Nashville in 2012 and he starred in PBS’  “An Evening With Jerry Lewis: Live From Las Vegas,” which debuted in 2012. Lewis also starred in the 2016 drama “Max Rose,” which garnered positive reviews for his performance.

In publicity of a different nature, Lewis made headlines in 2011 when he departed from the annual Muscular Dystrophy Association Labor Day telethon. Details about the split remain fuzzy to this day. Lewis had hosted the telethon from 1966 to 2010, raised more than $2.6 billion doing it and was nominated for a Nobel Peace Prize for his MDA work in 1977.

“It has to change because the American audience has changed,” said Valerie Cwik, the MDA interim president, to Time magazine. “A 21.5-hour show doesn’t fit in a 140-character world.”

It’s hard to imagine a world where Lewis and his crazy characters don’t fit.