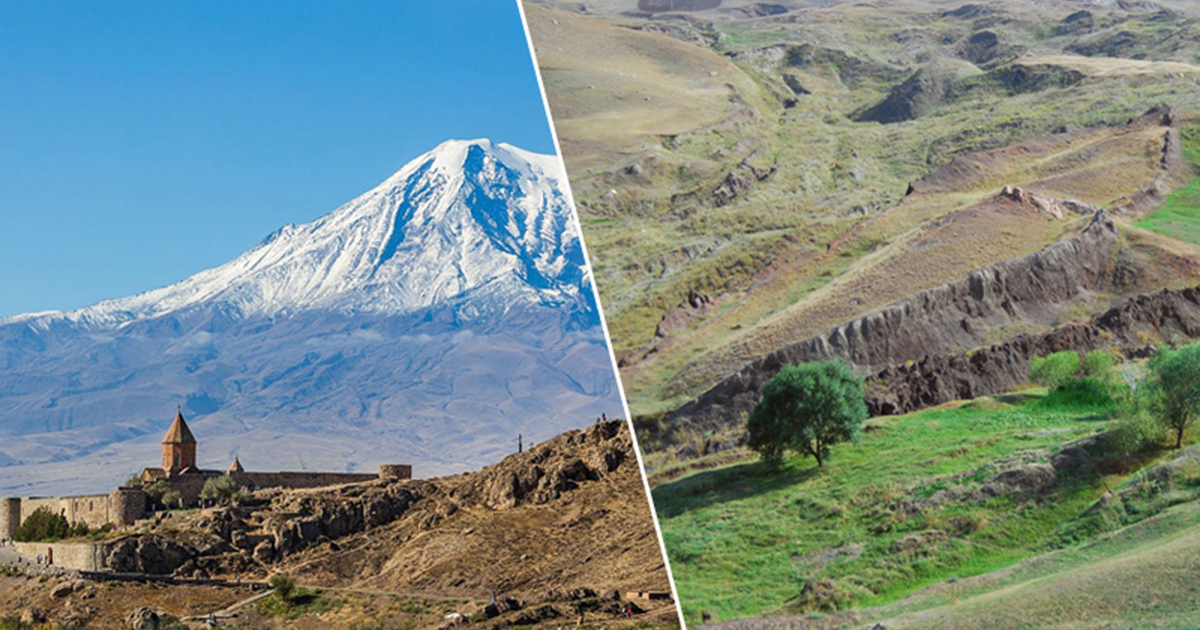 For some, Noah’s Ark is a moralizing narrative of loyalty, faith and triumph. For others, it’s a story about some cute animals and a bearded man going on a colourful adventure, aboard a big boat.

But the story that many of us were told, from the illustrated pages of a picture book or the catchy little accompanying jingle in our Reception classrooms, captured our imaginations. How exactly did the lion share a space with the zebra and not rip each other to shreds? Riddle me that.

It’s even become the stuff of silver screen legend, with the likes of Anthony Hopkins tackling the tale:

But, aside from children’s stories, the Bible passage has resulted in an astounding scientific endeavour to try and find the remains of the gigantic wooden ark.

According to Genesis 8:4, the Ark landed on the mountains of Ararat on the 150th day of the great flood, after God told Noah to enter the great ship with all his household and animals.

But Professors of Theology and Science think they’ve found authentic evidence that corroborates the Genesis scripture, in a focused search on Mount Ararat in north-eastern Turkey, where eyewitness accounts of a wooden structure have spurred interest for centuries.

Ark investigators believe they have found traces of a wooden structure on Mount Ararat, also known as Agri Mountain, in Agri, Turkey.

He was one of 108 scientists from Turkey and around the world speaking at the three-day International Symposium of Mount Ararat and Noah’s Ark in Agri, which looks at evidence put forward for the Ark’s final resting place.

My purpose is to visit the sites around the mountain to find clues about catastrophic events in the past. I think that rigorous, serious scientific work is needed in the area, and I would like to collaborate in that.


We have technical resources and we can work together with local experts. The result of my findings will be published in books, publications and journals, but at this point it is too early to know what we are going to find.

Once the scientific community knows about the existence of Noah’s Ark in Mount Ararat, we can make it available to the general public.

Meanwhile, the theories are still hotly disputed in the theological research community, reports the Express.

Another expert, Dr Andrew Snelling, who has been investigating the location of Noah’s Ark is unconvinced by the latest theory, he claimed: ‘Mount Ararat did not grow until after the ocean waters retreated’.

Snelling also dubbed the flood ‘a global catastrophe that totally reshaped the earth’s geology’, adding, ‘the earth’s surface has continued to change since then’.

He claims on his Christian apologetics website Answers in Genesis instead the giant ship landed on ‘another high mountain in the region at the time’.

There is now an Ark Encounter and Creation Museum you can visit in Petersburg, Kentucky, where craftsmen have built a replica of the Ark in an ‘historical theme park, with a 510-foot-long Ark as the centerpiece’.