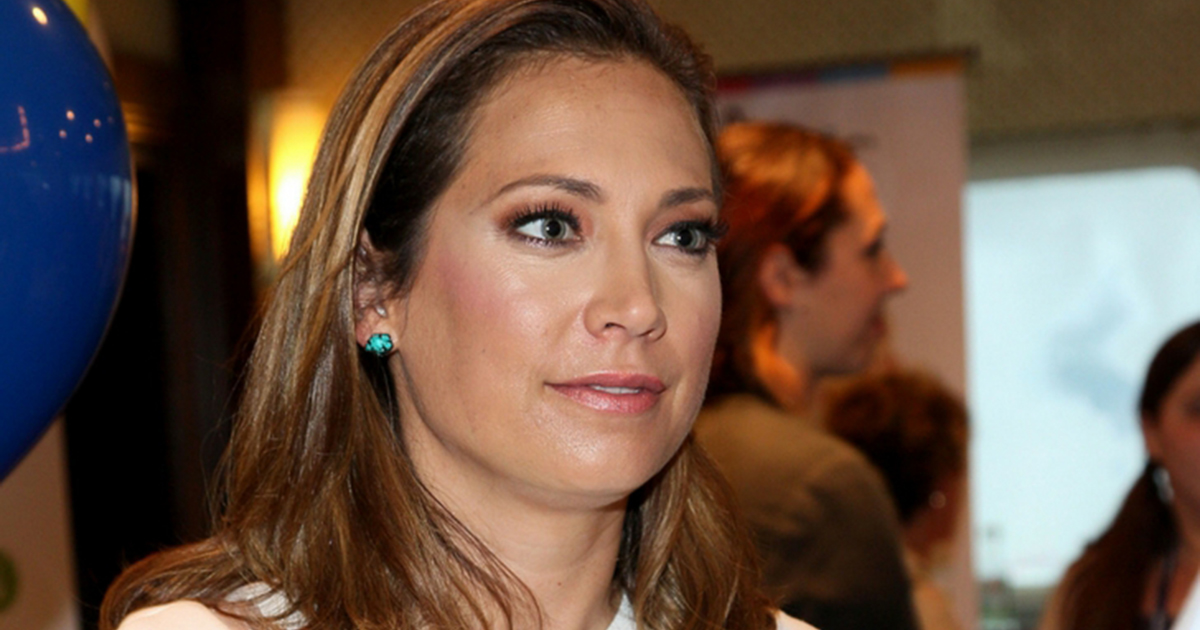 In an interview with People magazine, Good Morning America chief meteorologist Ginger Zee revealed that she’s fought a crippling battle with depression for most of her adult life.

In her new book, Natural Disaster: I Cover Them. I Am One, the 36-year-old talks at length about her struggles with the disease, including a suicide attempt at 21 in which she locked herself in the bathroom and took every pill she could find.

“I’d lost all hope,” she said. “I just shut down. It wasn’t worth living. I was wasting people’s time and space.”

Luckily, her ex-boyfriend realized what she’d done and brought her to the hospital, where they found that the pills were most non-lethal substances like Benadryl. That was when she got the diagnosis that would come to affect her entire life.

At the time, she had just graduated from Valparaiso University in Indiana, and her career hadn’t kicked off the way she’d planned.

“In that moment, my brain, and probably a chemical somewhere within me, said, ‘You need to kill yourself.’ The only voices I could hear were telling me, ‘You are not worth it.’,” she explained.

Zee had previously battled anorexia as a child, and was on a medication for narcolepsy in college that she feels played a factor in her suicide attempt, saying it “amplified everything.”

“Ups were amplified and downs were amplified. I’ve had to learn to live on that medication responsibly, because I can’t not have it. You have to be really, really careful with it,” she said.

But despite her struggles, she’s never lost sight of her career goals. ““My professional life, in a strange way, has always been going up, up, up, while my personal life was just the complete opposite,” she exclaimed.

"I sought help. I actually committed to getting help. … And that's okay!" – @Ginger_Zee on dealing with mental health and depression as she discusses her new book pic.twitter.com/wtfibaeLIG

A member of GMA‘s team since 2011, Zee began experiencing intense depression 10 days before she was about to start at ABC. She was concerned enough that she checked herself into a mental health facility.

She realized what a great opportunity GMA presented, and she knew she had to fight. “For the first time in a long time, I wanted to live and I knew that,” she said.

Finding a great therapist, as well as having constant support for her mother and her husband has been key for her success. And becoming a mom “has helped incredibly,” Zee stated.

.@Ginger_Zee opens up about her struggles with mental illness in a new memoir which she hopes "will help demystify depression." https://t.co/OAGBAZBU9N pic.twitter.com/FJ3W4Aar65


She considers writing her book as part of her therapy, and while she’s “terrified” for the world to know her personal struggles, she hopes it’ll spark a national conversation.

And in a world where we usually just get the picture-perfect side of things on social media, Zee’s candidness is necessary.

“We should all treat each other with love and respect,” she says. “Because that glossy image you see is never the person that’s really inside there.”

Twitter has responded with an outpouring of support for Zee:

Your 20s are so hard! I’ve been there! Severe depression and suicidal thoughts, but so thankful that was just temporary! So healing and helpful to talk about these issues! https://t.co/6lbBeM4bI4 @Ginger_Zee

"The anti-Instagram." There's no shame in admitting to suffering from depression. Bravo to @Ginger_Zee https://t.co/oJ2PSzdISV pic.twitter.com/UXDTwxnmLw

Kudos to Zee for her bravery:

Excellent job Ginger, hopefully this will help others, mental illness is no joke.

Thank You for opening up with your struggles! That can’t be easy to do! God Bless❤️🙏

Ginger, thank you for sharing your incredible story about depression/anxiety. This is such an important issue and it has been a personal struggle for me throughout my life. I look forward to reading your book.