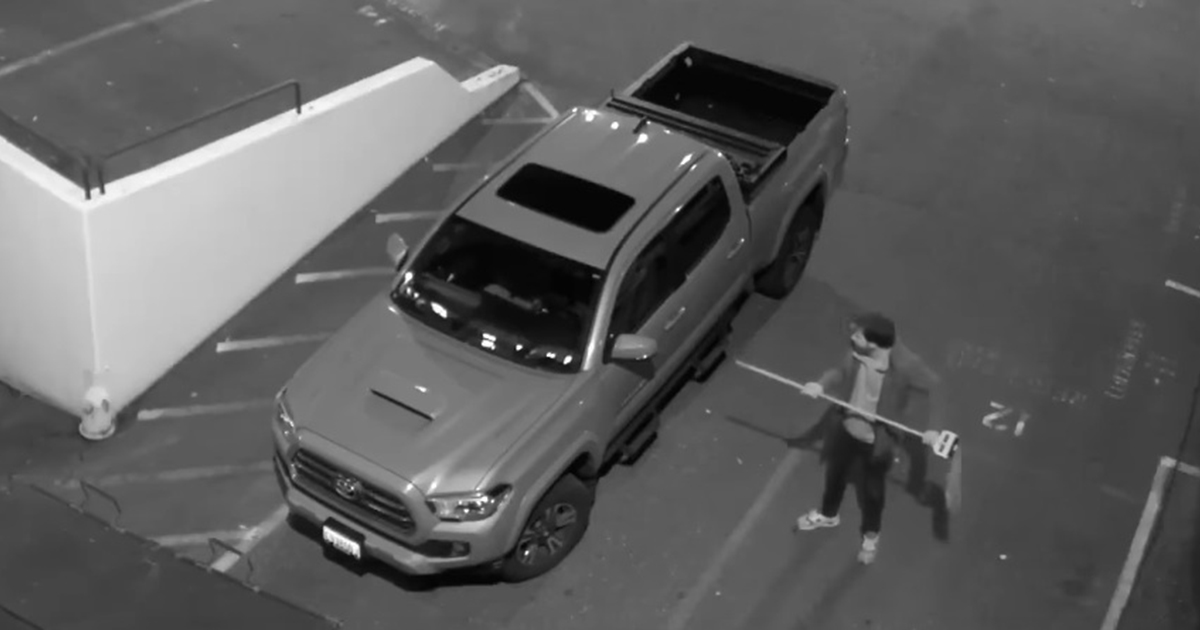 An apparently drunk man armed with a mop tried unsuccessfully to break into a pickup truck parked in a lot at KIRO Radio in Seattle, Washington this week. But it’s what the radio station did with the surveillance footage that’s making the inebriated mop wielder a viral superstar.

KIRO Radio personality John Curley was enlisted to give a play-by-play of the vandal in action and it’s hysterically funny.

“On Wednesday, January 31, 2018, KIRO Radio captured surveillance footage of a vandal trying to break in to one of our employee’s vehicles in our parking lot,” writes the radio station based in Seattle, Washington. “While the suspect is still at large, we took the liberty to have John Curley give his play-by-play of the incident.”

As the man repeatedly bangs the mop handle against the driver’s-side window of the truck, Curley counts the hits as if narrating a sports event.

The man eventually gives up on the truck and does something even more crazy!

Watch, laugh and share this funny video with your friends.