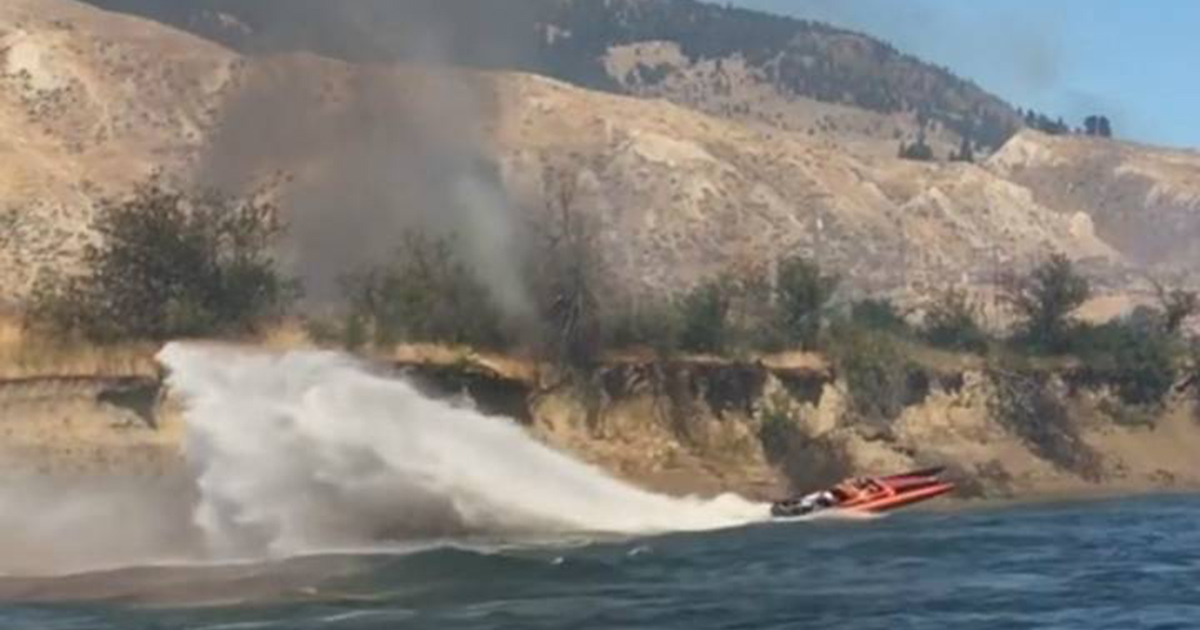 A quick-thinking boater is being called a hero for using his jet boat to spray a grass fire that broke out along the shores of the Thompson River in Kamloops, British Columbia.

Boaters Koyne Watson and Tasha Hunt were relaxing on their jet boat when they spotted the fire break out on shore. Knowing they could help, they began to circle near the shore to create large rooster tails of water to aim at the blaze.

Watson said he cranked the boat’s motor (nearly 1,000 horsepower) in order to get the plume of water to target the blaze that was on the river’s embankment. His fellow passengers said they focused on staying on board while he revved the engine.

“Oh my gosh, pure adrenaline, like I was shaking,” Hunt told CBC News. “That boat has so much horsepower I was just focused on staying on the boat.”

After a few attempts, Watson managed to douse the flames several times.

“It could have spread but he nailed it a few times with the spray,” Lorrie Jane Arnott, another boater on the water who saw it, said. “It definitely made a big difference.”


Firefighters soon arrived to contain and extinguish the fire.

The Canadian province has seen a rash of severe wildfires that has lead to widespread evacuations, displacing thousands of people from their homes. It is currently under a state of emergency. More than 800 wildfires have burned about 4,260 square kilometres in the province since April 2017.

Watch Watson in action in the video below.