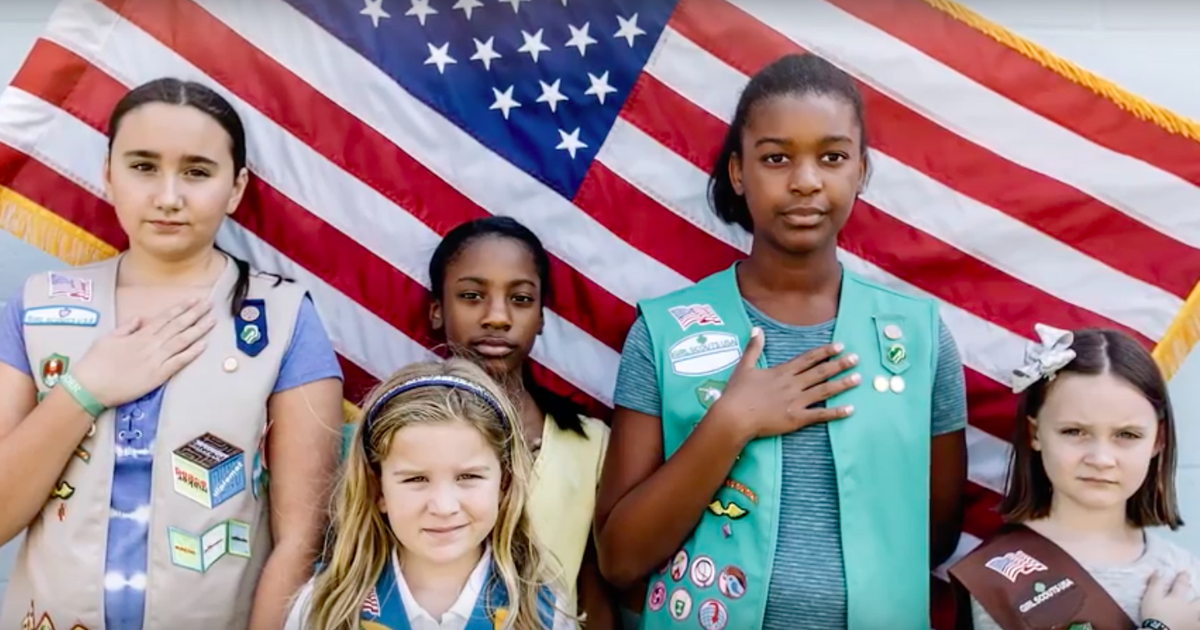 Queen Latifah believes in the power of the Girl Scouts communities, and she’s here to deliver a PSA to girls around the world.

The actress, musician, and Girl Scout alum narrated the organization’s empowering “Lifetime of Leadership” video, shining a spotlight on well-known scouts who’ve gone on to become activists and make history in technology, politics, science, entertainment, sports, and many other fields.

From news pioneers and award-winning journalists like Barbara Walters and Katie Couric, to entertainment legends like Sheryl Crow, Céline Dion, and Dakota Fanning, Queen Latifah shared some big names you might not have known were Girl Scouts.

She went on to note other inspiring alum such as YouTube CEO Susan Wojcicki, philanthropist Melinda Gates, and model and STEM entrepreneur Karlie Kloss, highlighting the great things women can achieve when they raise their voices and dare to break barriers.

“Not just making our mark but making a difference — now that’s a job for a Girl Scout,” Queen Latifah concluded.