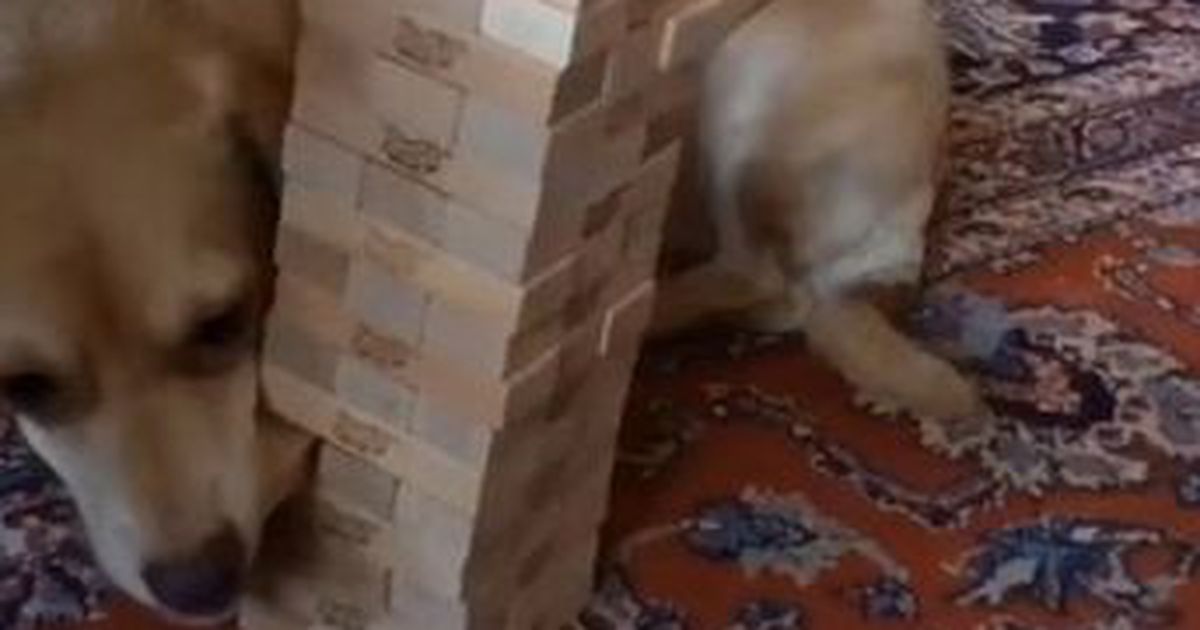 Jenga is a stressful game, but rescue dog Spencer keeps it chill.

In an absolutely thrilling video, the good pup attempts to extract a block from a Jenga tower that’s starting to resemble the Leaning Tower of Pisa. But Spencer has no fear — he’s a practiced competitor who’s watched his humans play for a while now. The block comes out, and the tower stays standing.